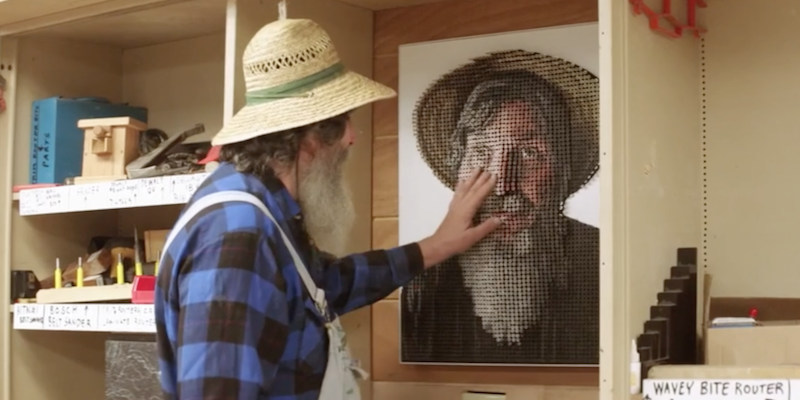 “My nose isn’t that big!” protests portrait subject George Wurtzel as he runs his hands over his own image, rendered in paint on thousands of screws raised from a wooden board in a relief pattern. He might not be able to see the colors, or the play of light and shadow that gives the portrait much of its nuance and realism, but he can still experience it in a way that wouldn’t be possible if it were merely painted onto a canvas. For artist Andrew Myers, who specializes in these unusual sculptural paintings, this moment marks a concept that has come full circle since he first watched another blind man eagerly explore his art with his fingertips, six years ago. 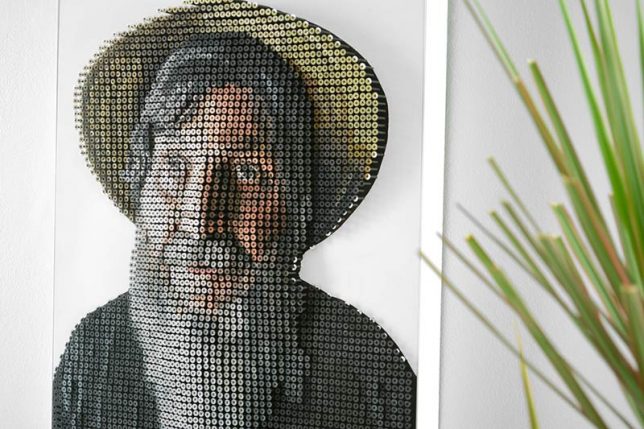 Myers doesn’t just allow people viewing his artwork to touch it, he actively encourages it, noting that it’s an important part of the experience of taking it in. Realizing that this could potentially allow a blind person to see their own portrait, he set out to create a custom work with artisan and teacher George Wurtzel as his subject. George teaches at a 300-acre summer camp for the visually impaired in California’s Redwood Forest, and has also been tasked with renovating a barn into a new Tactile Art Center full of accessible art, where blind artisans can both sell their own work and feel the 3D works of others. 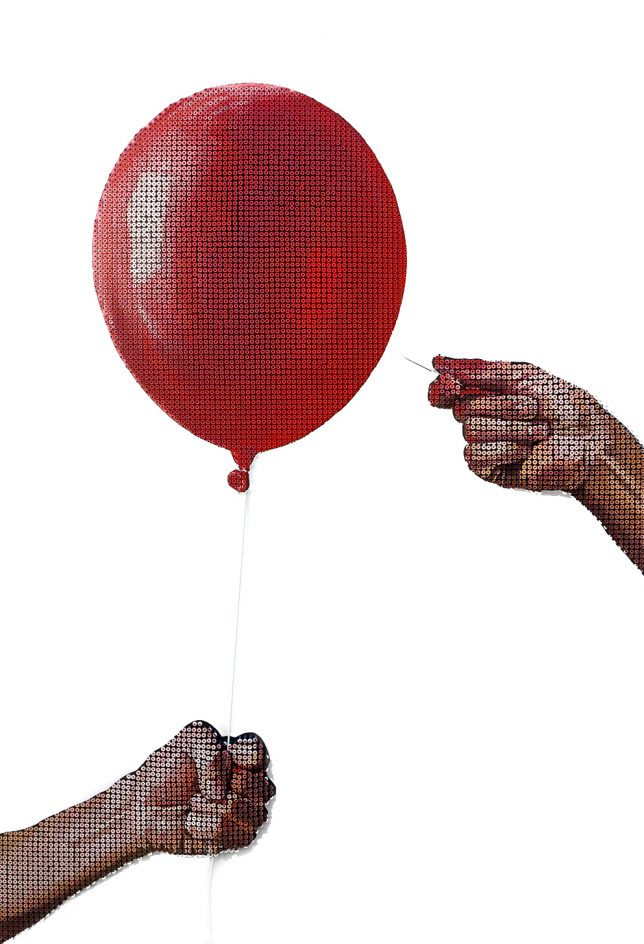 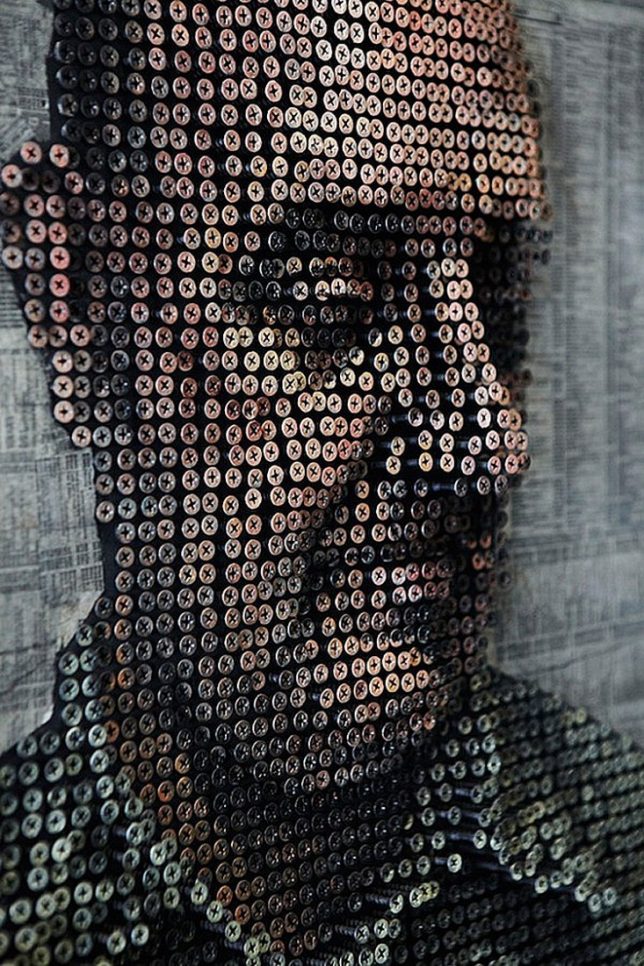 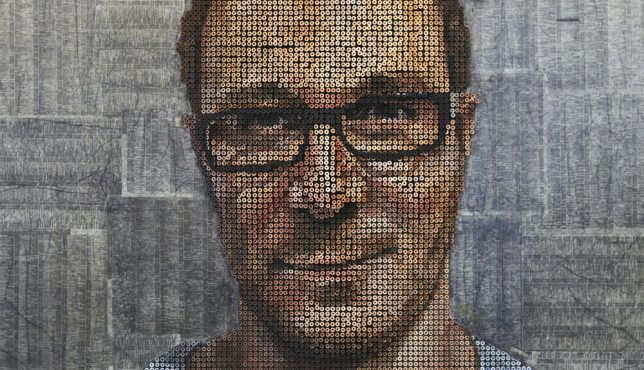 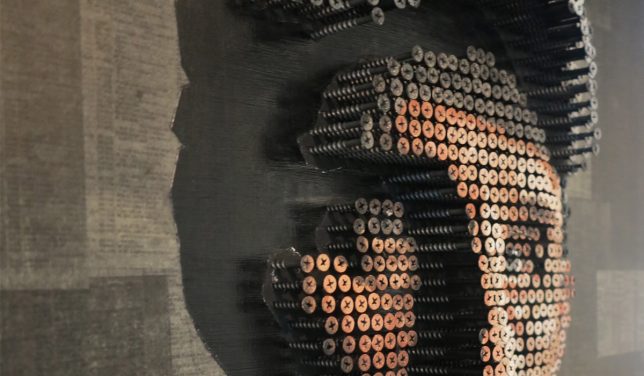 “We snuck into George’s future gallery and  hung the portrait for him to discover,” says Andrew. “As he experienced this for the first time (and between bursts of laughter) he kept repeating the phrase, ‘mind boggling.’ Not every piece of art needs to or should be touched… but perhaps it’s time we took a look at how pervasive and mandatory our ‘no touching’ rules really are – it might help everyone see artwork a little differently.” 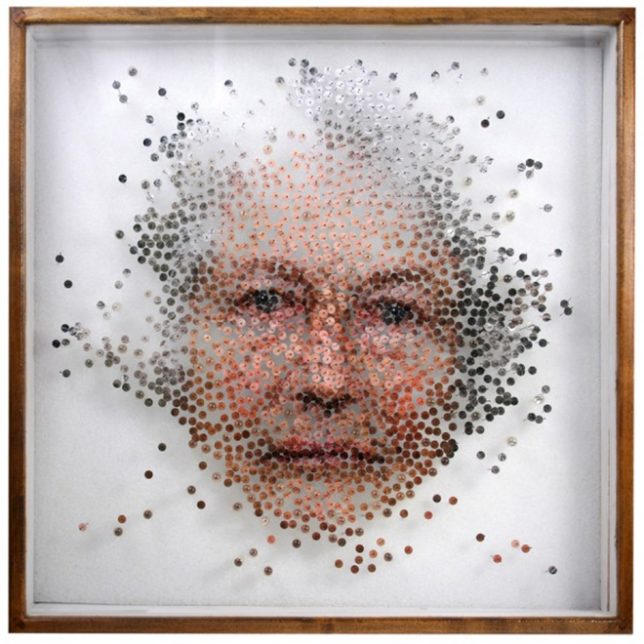 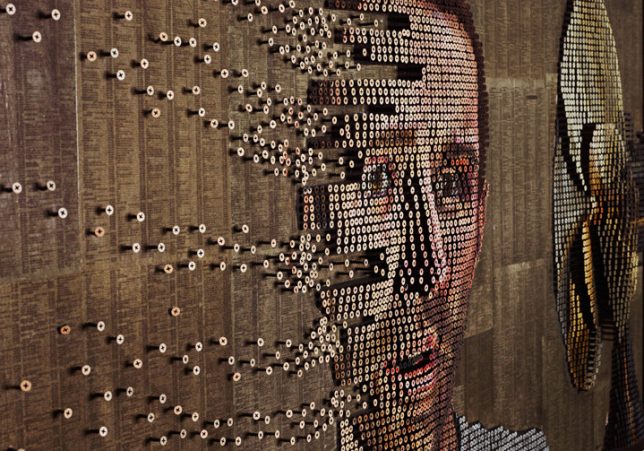 While Andrew’s portrait of George is comprised of about 4,000 screws, other works require upwards of 20,000. One portrait, ‘Fading Thoughts,’ takes his work a step further by infusing a scene with a sense of motion, with screws seemingly being blown off the canvas.