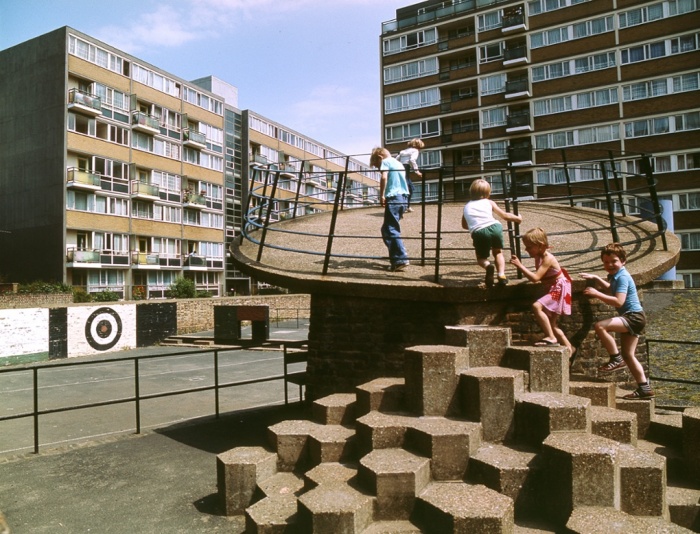 The phrase ‘brutalist playground’ kind of sounds like a joke, emphasizing the great potential for injury that would seem inherent to a sharp, harsh play structure where kids are encouraged to roughhouse. But the very same rawness, heavy materials and stark shapes seen in the architecture that was built in this style after World War II was extended to quite a few playgrounds. Today, there are all sorts of laws about kids’ safety that would nix these designs before they were ever built, but as we all know, the ’70s were a different time. 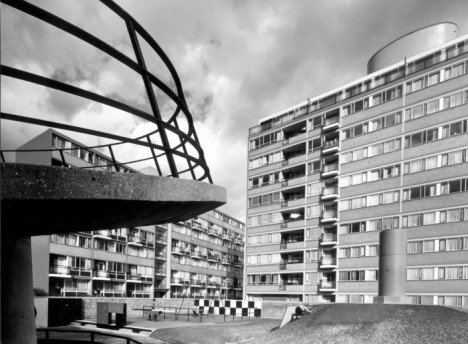 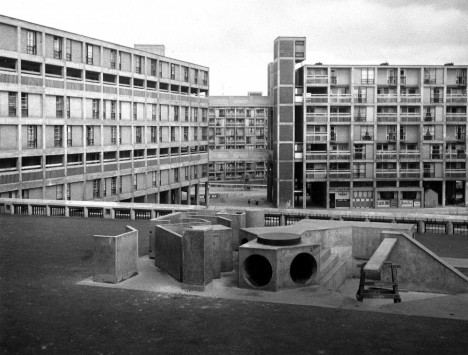 The actual Brutalist playgrounds were demolished long ago, but a new installation at RIBA in collaboration with artist Simon Terrill and architecture firm Assemble brings them back in the form of full-scale replicas. Housed within the RIBA headquarters in London, these recreations look just like the real thing. 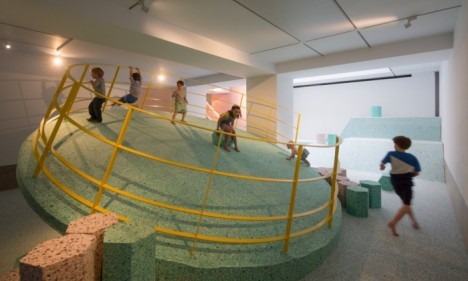 Being that they’re inside a museum – and meant for kids to actually play on – the replicas were made not of the original concrete, but of foam. The installation “encourages visitors to look at the materiality and visual language of now lost Brutalist landscapes in new ways through an immersive and conceptual landscape.” “Although the value of brutalist residential buildings today is much debated, this exhibition shifts the focus to the equally important playgrounds found at the feet of these structures, offering a renewed understanding and critique of the architects’ original designs and intentions.” 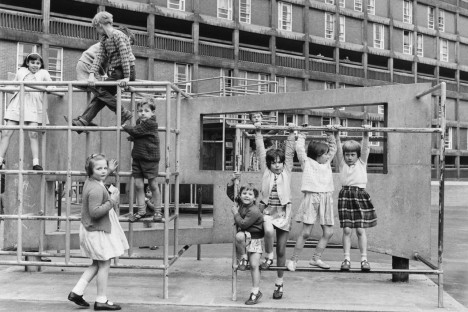 The installation will be in place through August 2015, and the photographs of the originals are just as fun to look at. Like all Brutalist structures, they’re not exactly inviting. Says Terrill of the Churchill Gardens playground in Pimlico, London (pictured top in 1978,) “Before these postwar playgrounds were built, children would have been playing in the bomb sites left after the war. It’s possible the architects were referencing that in their design.”