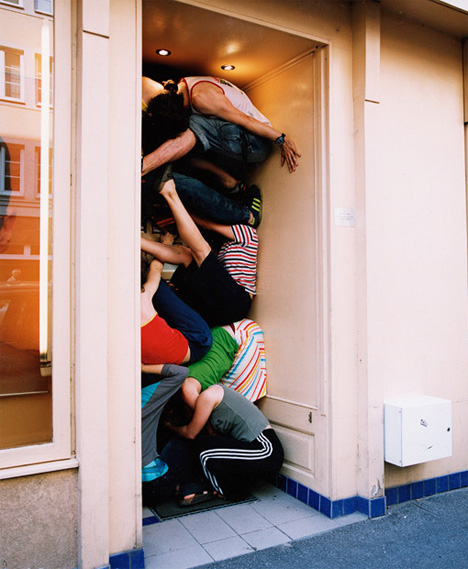 How would you react if you were walking down a crowded city street and 20 people suddenly ran past you and crammed their bodies into the tiny space between two buildings? What if you happened to look up and see someone hanging from a street light, wedged into a window frame, or squeezed into the space between a tree and a building? It’s those reactions that spur Willi Dorner to create his intriguing, though temporary, living sculptures. 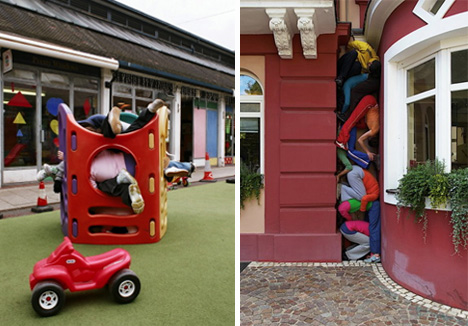 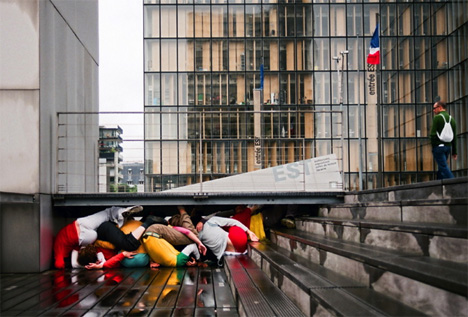 The Vienna-based Compagnie Willie Dorner was formed in 1999. Dorner strives to do more than simply entertain: he wants to create an experience for the audience. He wants to inspire viewers to change their perspective and see things in a slightly different way. Seeing a group of people in a place where people usually do not go and in a configuration that’s never been seen forces the mind to open to new possibilities. It inspires the viewer to see these overlooked spaces as a living part of the cityscape, and to reconsider which behaviors they deem appropriate for public places. 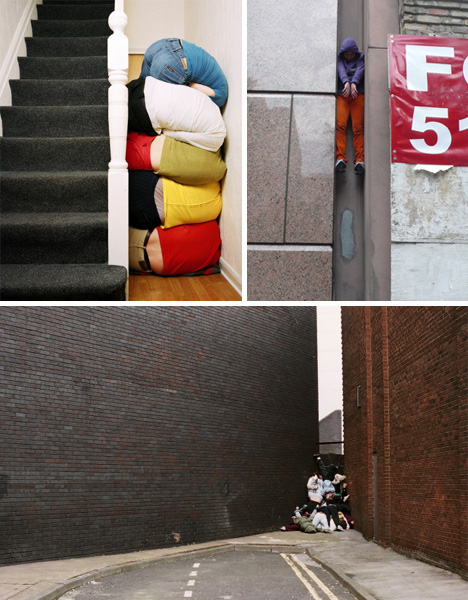 Cie. Willi Dorner has toured all over the world, though the “bodies” are different in each location. Dorner uses local performers in every city. He chooses dancers who are strong, flexible and light; they need to hold difficult and uncomfortable positions, squeeze into tight spaces, and pile on top of other performers without crushing them. 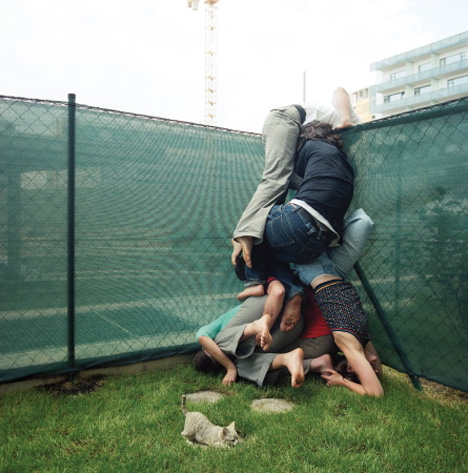 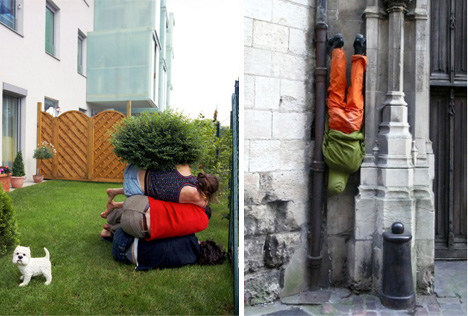 The group’s guerilla art performances consist of the dancers trotting from location to location, then leaping into formation for a short time. The spaces and their positions vary widely; from squeezing a few people under a park bench to piling a dozen bodies into a doorway to creating a mound of people that cascades over a fence. After holding the position for a bit, they silently stand up and job to the next location. Viewers are urged to follow the group around, seeing how their bodies interact with the settings in each new location. 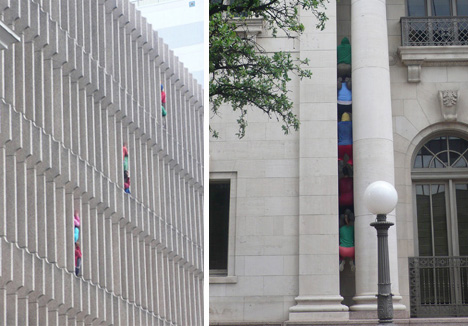 You might even call these performances urban exploration. After all, the performers are putting themselves into spaces where bodies normally do not go, using urban spaces in a completely new way, and exploring the cities’ environments in a way that no one has before. And, even better, the performers are involving the public in their exploration. The interaction between the artists and the viewer makes for a completely unique experience, one that differs entirely based on whether the viewer saw the group before they assembled in the gathering point or noticed them as a static part of the scenery. 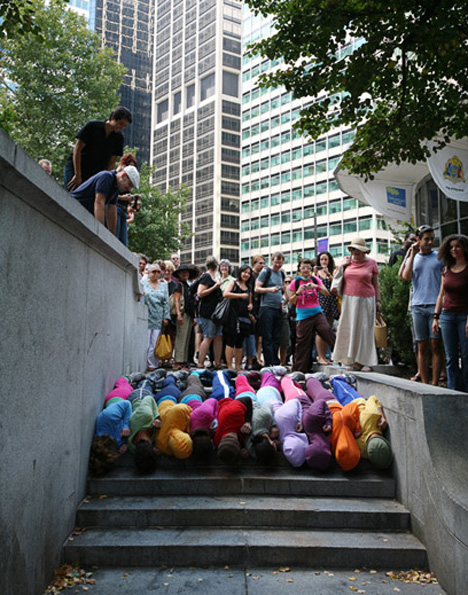 The public – and police – have a variety of reactions to the group’s performances. Some watch in amazement, some laugh, and some – particularly the police – disapprove of the displays. However, Dorner is careful to clear the performances with local authorities beforehand. According to him, some cities are much more difficult to get permission from than others. In particular, Dorner says, American and British cities pose a problem where the authorities are concerned. His performers are often stopped by police who think they are vandals or thieves.