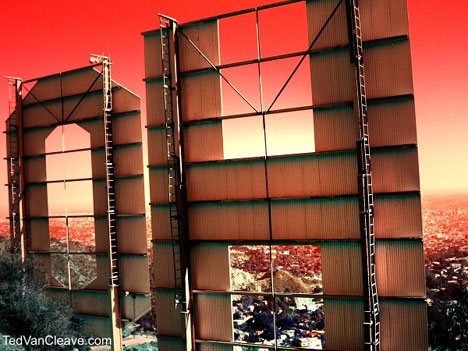 It’s one of the most-photographed American landmarks ever. It’s recognizable to people around the world despite the fact that it has been around for less than a century. It represents the hopes and dreams of the hopefuls who flock to California every day to follow their dreams. It is, of course, the Hollywood sign. Photographer Ted VanCleave photographed the iconic sign in a whole new light. 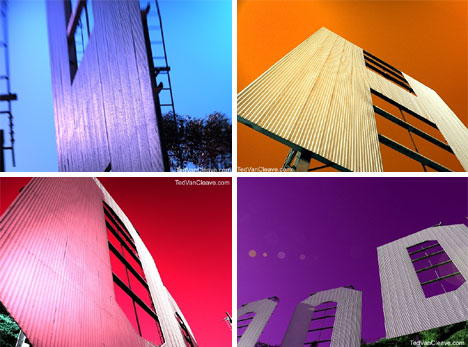 Because it’s been photographed so many times, by so many people and in so many ways, it’s hard to believe that there are any new views of the Hollywood sign possible. But Ted VanCleave uses unique perspectives and vivid color to frame the well-loved sign in a whole new way. 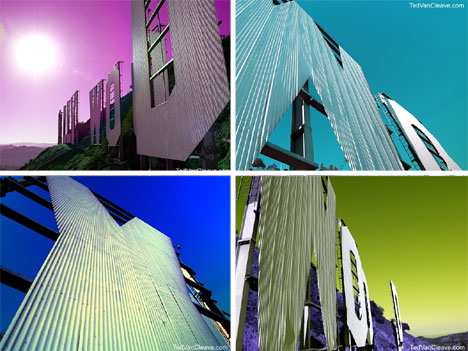 By photographing the sign from extreme angles and unusual positions, VanCleave uses his lens to make an intimately familiar subject feel new again. His experiments in texture, composition and striking color breathe new life into an image that most of us have seen hundreds or thousands of times.