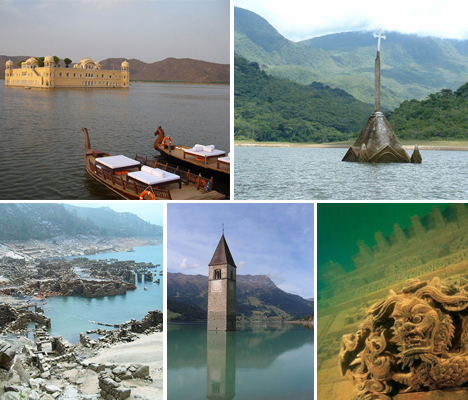 Mildewed crosses, lonely spires, barely-visible stone foundations and rusting bed frames are all that’s left to show for these 10 intentionally submerged towns and structures from India to Massachusetts. When additional water and power is needed to provide for growing populations, small villages often have to be sacrificed, and while some were demolished before their remains were flooded, others can still be seen as ghostly visions wavering beneath the surface. 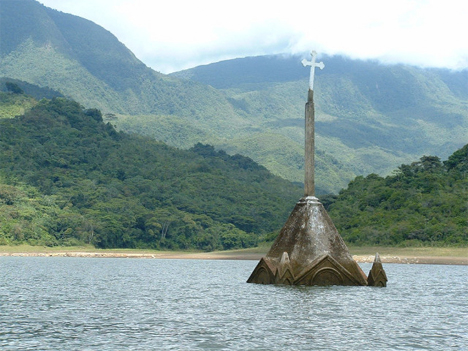 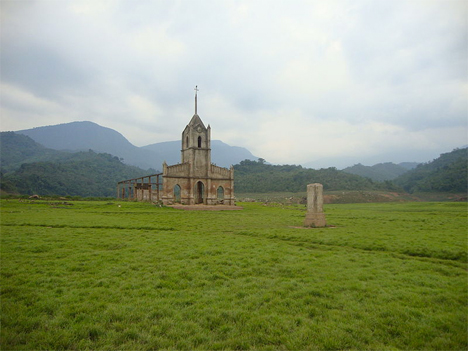 Another town lost to the creation of a hydroelectric dam, Potosi was abandoned in 1985, its residents relocating and leaving their former homes to be filled with water. For 20 years, all that was visible of the Veneuzuelan town was a single mildewed cross topping a drowned church, but by the year 2010, the waters began to recede and the town slowly reappeared. The gothic church that was once submerged is visible again due to droughts and water shortages, erosion and water damage making it appear much older than it really is. 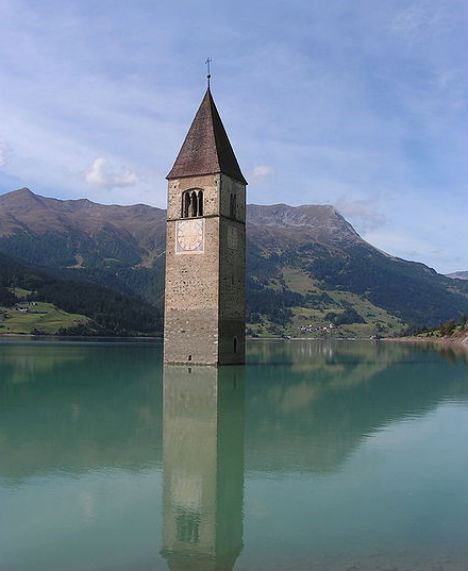 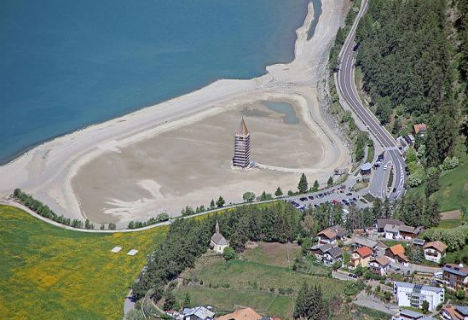 A single spire marks the location of an entire town lost beneath Lago di Resia. The alpine village of Curon Venosta was flooded soon after World War II when officials decided to merge three pre-existing lakes into one to create a hydroelectric dam. Before it was inundated, the town – which included 163 houses and nearly 1,300 acres of land planted with fruit – was filled with sand. The bell tower, which was built in the 14th century, was left intact as a memorial, and can be reached on foot in the winter when the lake freezes over. 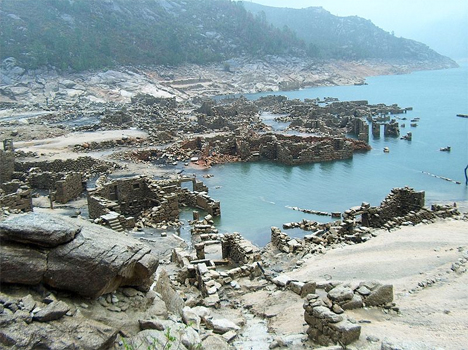 In 1972, the creation of a new dam meant the ancient Vilarinho da Furna was lost beneath the water. The Portuguese village, which dates back to Roman times, was home to almost 300 people inhabiting 80 houses before it was submerged; the property still belongs to their descendants, and reappears every now and then when the reservoir levels fall. The community was unique in that it had a communitarian social system with a council called the Junta made up of a single member from each family, a practice dating back to the Visigoths. When the villagers left they took as much as they could, creating their own road to transport things like rocks and roof tiles to their new homes. Some of those rocks were used to build a museum commemorating Vilarinho da Furna, which contains a collection of clothing, agricultural tools, and paintings depicting daily life in the village. 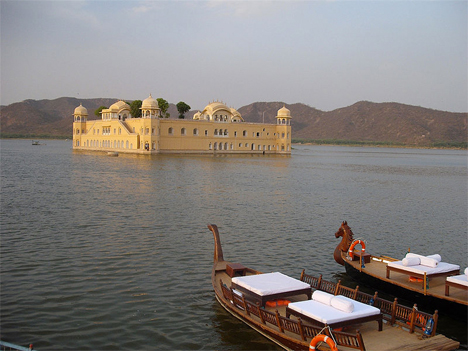 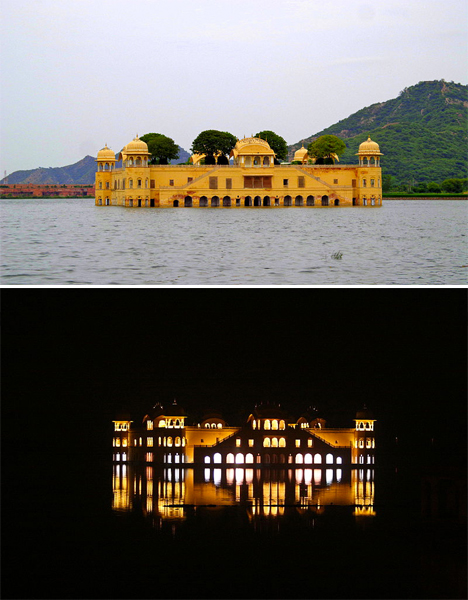 The Water Palace of Jaipur, India sits in the center of Man Sagar Lake. No one knows exactly when it was built, but it’s believed that the red sandstone structure is at least 300 years old and was constructed before damming created the lake, submerging its lower four stories. When the lake is full, only the top level can be reached, and only by boa. At night, the place is illuminated with floodlights like some kind of hallucinatory ghost structure. The palace was recently restored and is now open to visitors.