A Berlin street art collective is hitting the streets of Europe again, touring major cities to turn infrastructural patterns into (quite literal) streetwear across the continent. Each of their unique creations is tied to public art and design patterns often overlooked as we walk by (or on top of) them. 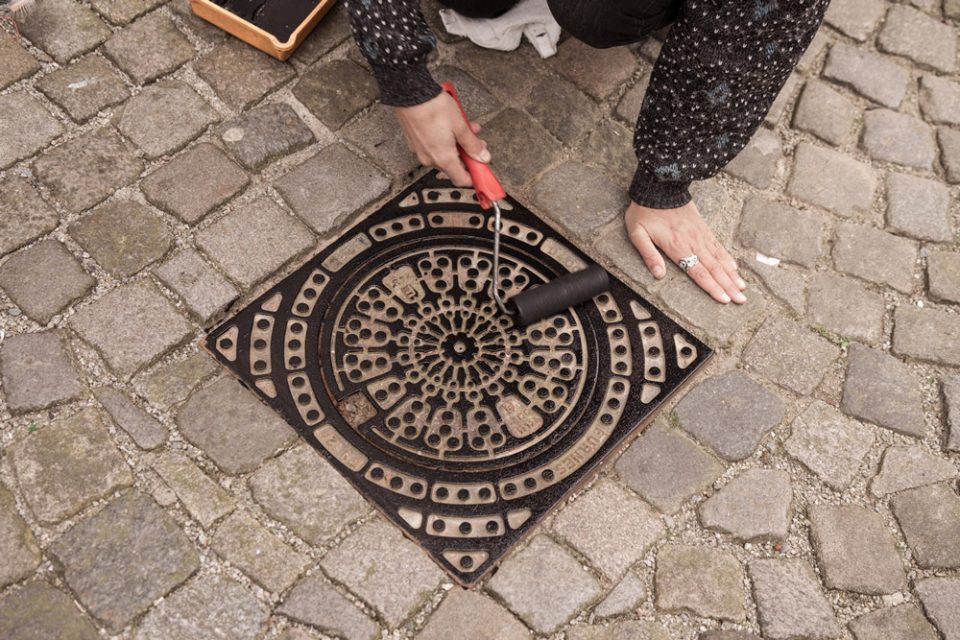 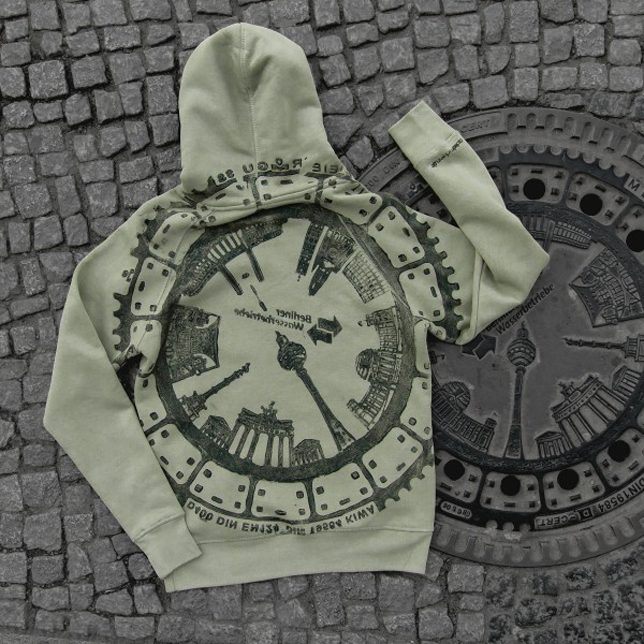 Raubdruckerin (AKA Pirate Printer) press apparel to painted street objects featuring a level of relief, soaking up the top layer to create impressions of manhole covers, vents, grates, bike lane symbols and just about anything else with some depth to it. 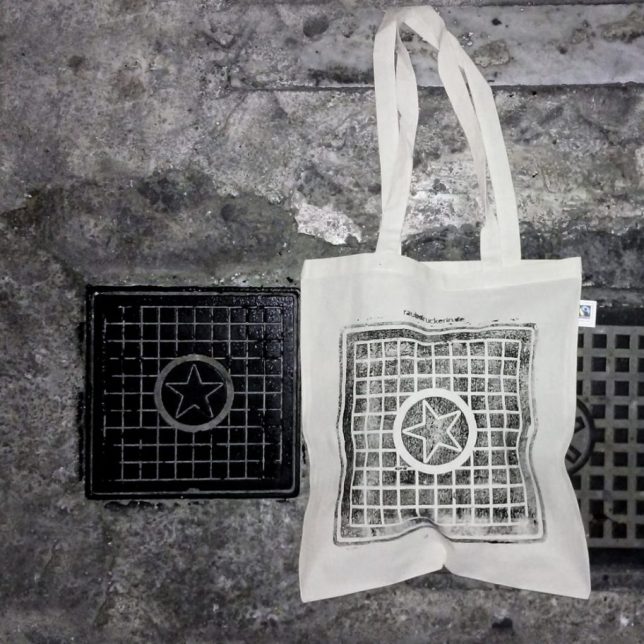 In German, there is some nuance to their name as well: ‘Rauber’ means both pirate and robber, while “drucken” is both press and print. Effectively, they press and steal patterns (though since their source material is quite literally in the public domain, no one so far seems to mind). 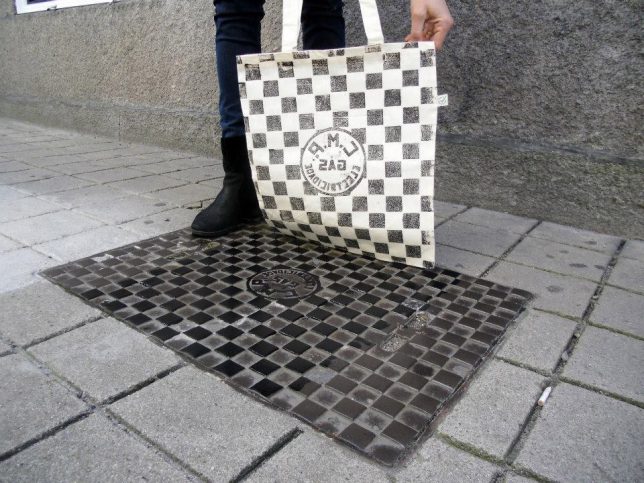 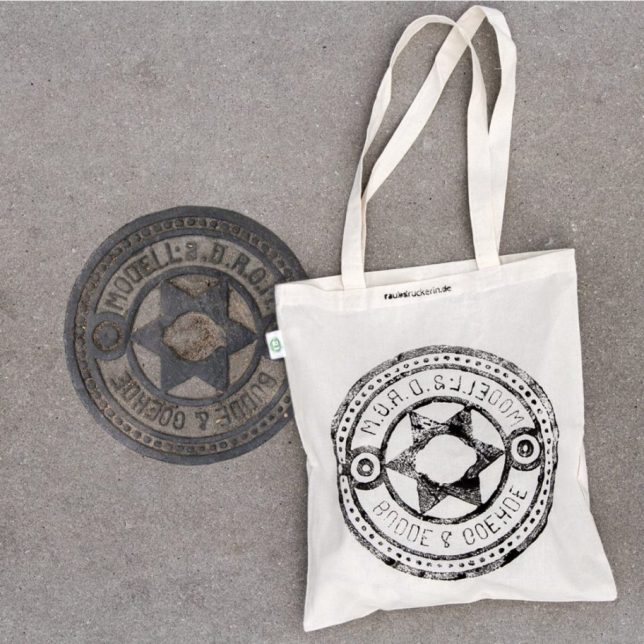 Like graffiti artists or mobile street painters with portable canvasses, their work tends to draw a crowd and has a performative aspect to it by its nature. In turn, they aim to raise awareness of overlooked and everyday design objects. 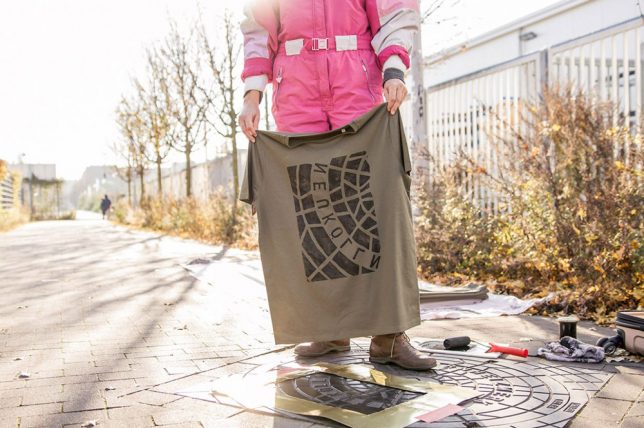 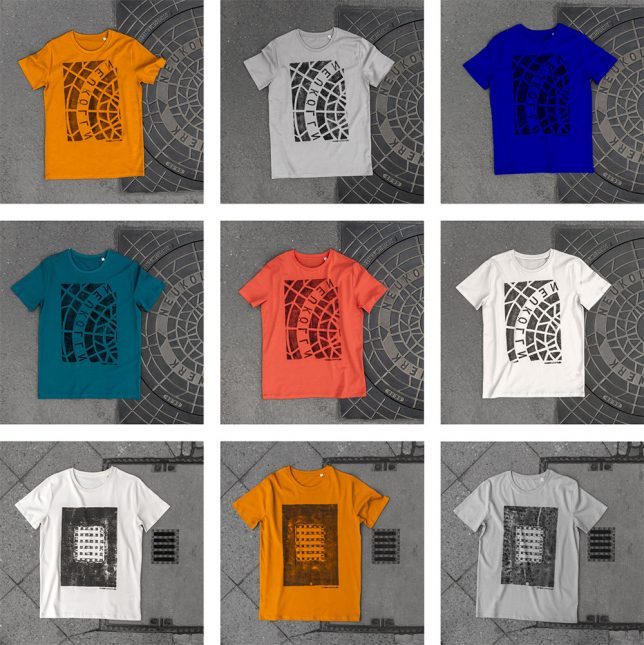 So far they have made their way through Amsterdam, Athens, Paris and Lisbon. In each location, they press cotton bags and apparel to street surfaces coated in eco-friendly ink, then wash up behind themselves to leave no trace.