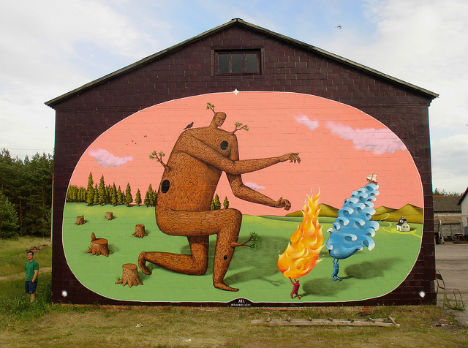 Against the stark, pale background of Post-Soviet Ukraine, the vivid colors and fanciful images painted on brick, plaster, stone and wood are as jarring as they are cheerful, an unexpected jolt of beauty and whimsy in a landscape of both urban and rural decay. More often than not, the creators of such images in the Ukrainian city of Kiev are duo Waone and AEC, collectively known as Interesni Kazki – “interesting fairy tales”, which is how they characterize their work. 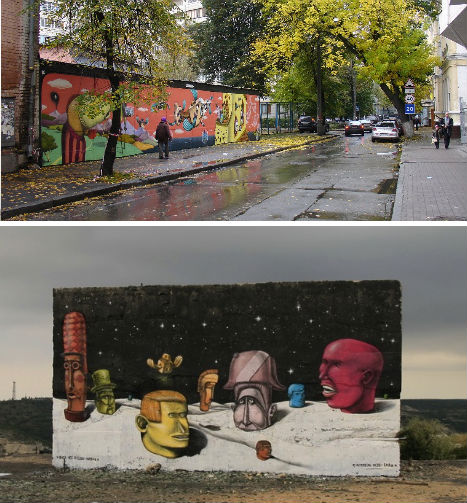 Like many street artists, Waone and AEC started out with graffiti writing, expanding into more complex visual imagery as their artistic skills unfolded. Working as a team, they’re able to efficiently cover huge surfaces and work in precarious places from abandoned buildings to half-submerged submarines. Today, they’re often commissioned to paint murals and have shown works on canvas in galleries around the world. 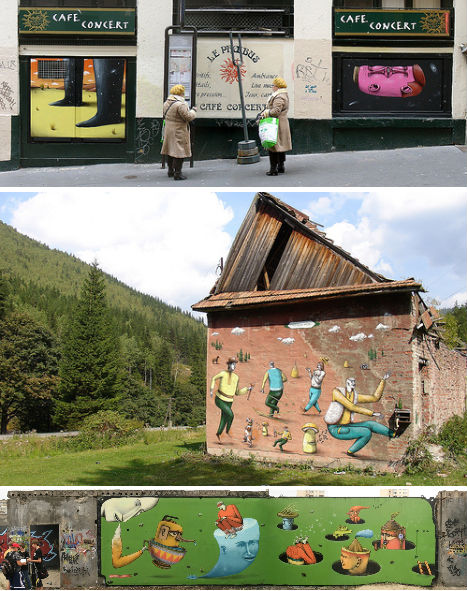 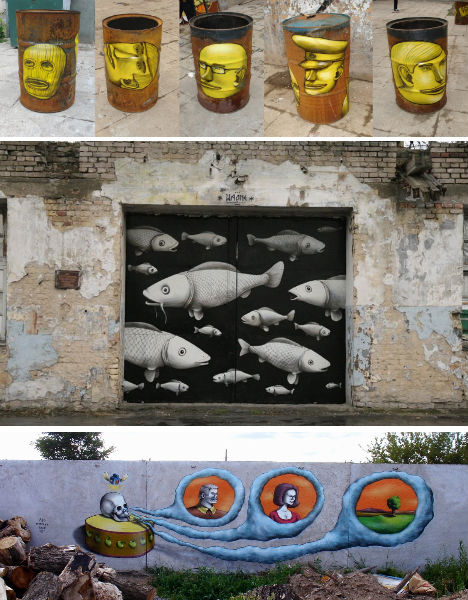 Waone said “We just do what we really like. Seems like spectators travel in the new world with their own conscious. It’s a place, where everyone gets free from temporalty, devotions and illusions.”