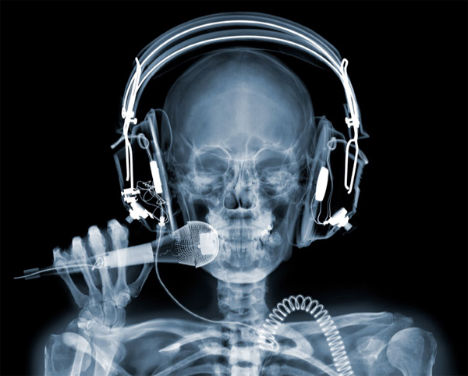 To the millions of people who have to pass through high-powered x-ray machines in order to travel by air, this technology often feels invasive, stripping them of their clothing and perhaps dignity as well. To the security agents who view the images, the technology represents a constant parade of possible threats. But to Nick Veasey, x-rays have a different connotation altogether: they expose a rarely-glimpsed inner beauty in everyday objects. 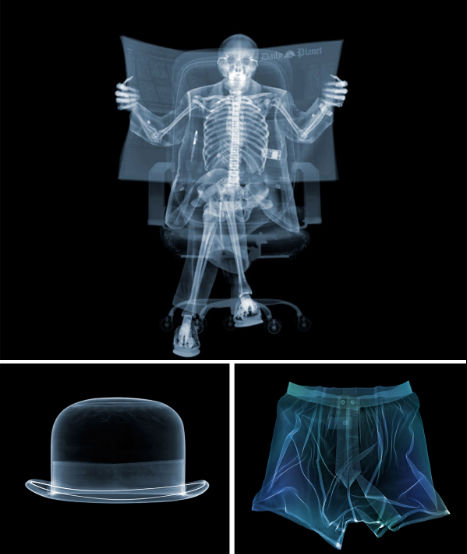 Veasey has photographed over 4,000 objects in the past decade – everything from a teddy bear to a 777 jet – using industrial x-ray machines most often used for purposes like art restoration, electronics manufacturing and the military. 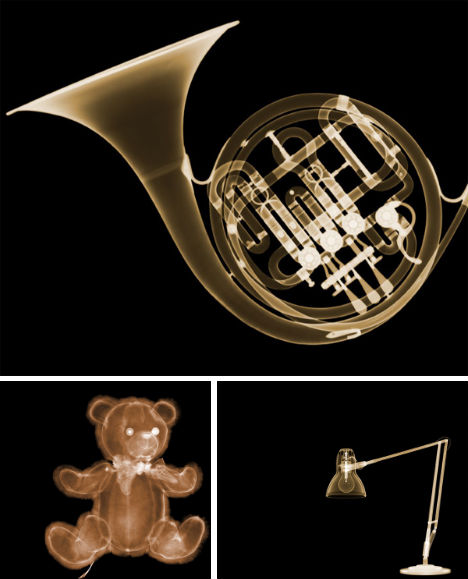 Those machines are undeniably powerful and put out plenty of radiation, but don’t worry; the human subjects that he photographs aren’t exactly in danger. Veasey explains that he uses either skeletons in rubber suits (used in medical training) or cadavers donated for scientific use. That’s right, he actually poses dead bodies in front of a huge x-ray machine. He has to work fast, before rigor mortis sets in. 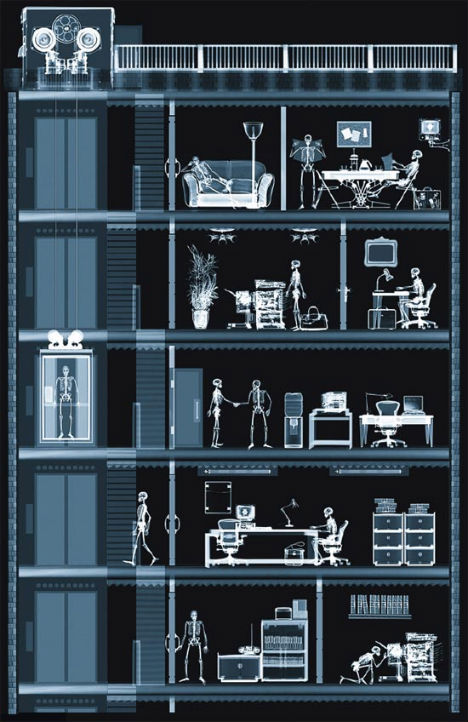 This complex office scene required all three of Veasey’s x-ray machines, Photoshop and a whole lot of time. Each item, from the water cooler to the elevator cogs, was captured individually and then arranged into a composite image. Each person in the scene was ‘played’ by a single skeleton ‘model’, and it took Veasey 26 shots just to get the hand-shaking duo on the third floor. 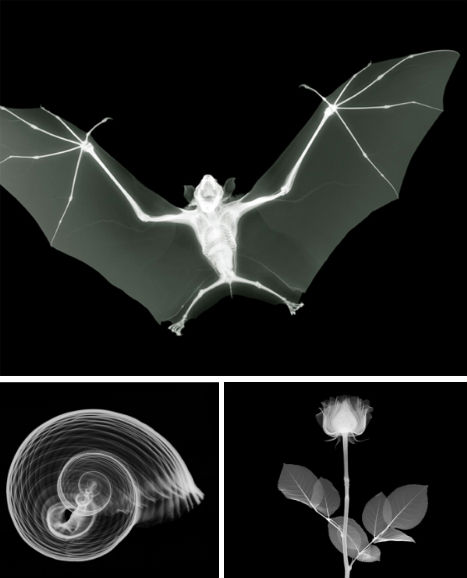 “I’m interested in how things work, and x-rays show what’s happening under the surface,” Veasey told Wired. “Plus, they look cool.”