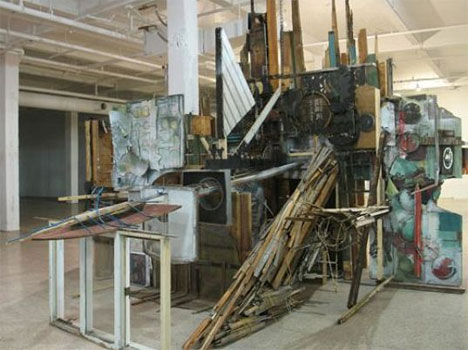 The collapse of industries on which entire towns rely can have epic, far-reaching effects. While Detroit may be the most-discussed example of industrial collapse and subsequent economic ruin, cities in the Rust Belt in the Northeast U.S. have suffered a similar fate. Buffalo, New York is the Rust Belt city that artist and architect Dennis Maher chose to live, work and teach in – and the city he immortalizes in his striking architectural art. 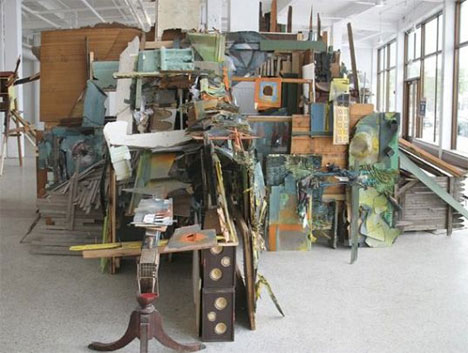 Buffalo has an abundance of abandoned buildings – both residences and industrial structures – left behind when manufacturing and industrial businesses closed down. Maher gives these buildings new life as incredible sculptures. 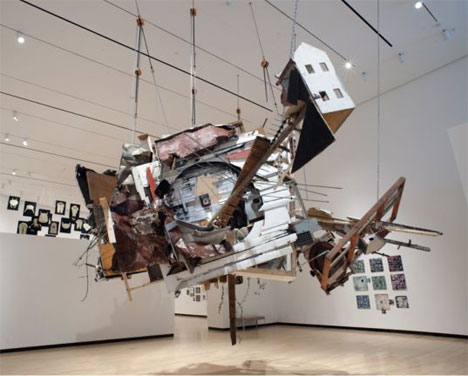 Maher rearranges the physical remnants of homes and businesses into sentimental sculptures that honor the former lives of these raw materials. Boards and bricks that once provided shelter are spared from the standard landfill fate and reassembled into thoughtful new shapes reminiscent of their original uses. 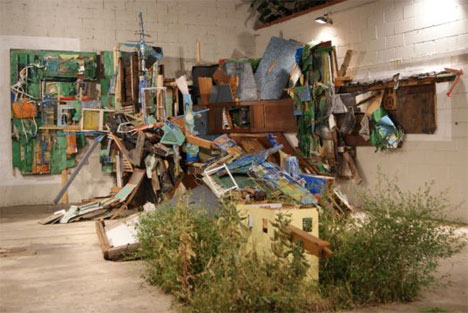 Taking the forgotten, abandoned, decaying structures and turning them into new pieces of art links architecture and sculpture in a seamless way. The former forms spelled out by the materials are recalled but entirely rearranged, solidly joining the past and the present. 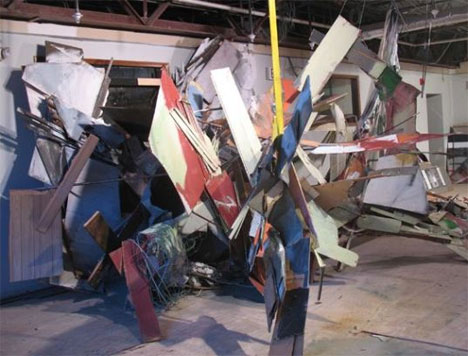 Maher, an assistant architecture professor at the University of Buffalo, was moonlighting as a demolitions team member when he became fascinated by the city’s abandoned buildings. He now owns two of the houses – living in one and slowly dismantling both for use in his intricately sympathetic sculptures.

(all images via: Inhabitat)