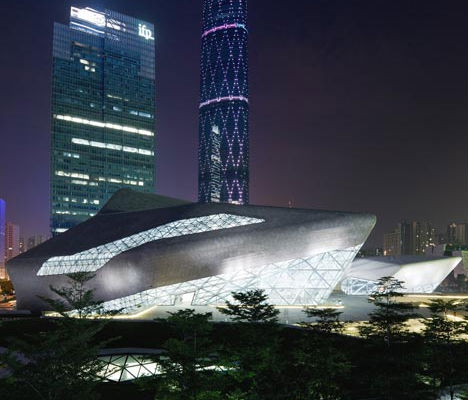 Southern China’s largest city, Guangzhou, is seeing its status as a cultural hub cemented with the opening of the breathtaking Guangzhou Opera House by famed architect Zaha Hadid. Shaped to resemble two boulders on the bank of the Pearl River, this amorphous yet geometric structure includes a 1,800 seat theater and a 400-seat hall as well as rehearsal space and an entrance hall. 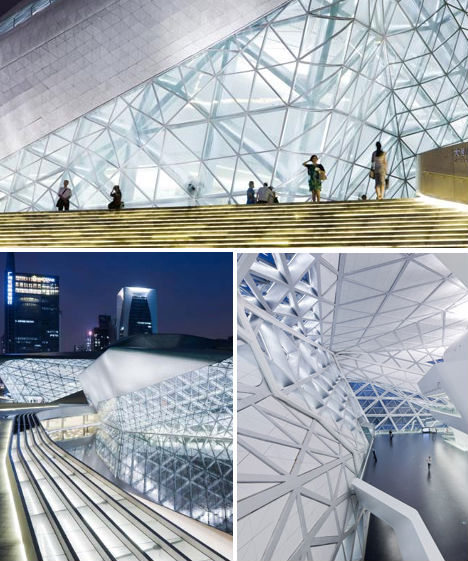 Zaha Hadid calls it “a lasting monument to the New Millennium”, an open and accessible space that seeks to engage the community of Guangzhou, pulling them from the bustling city toward the calmer riverbank. 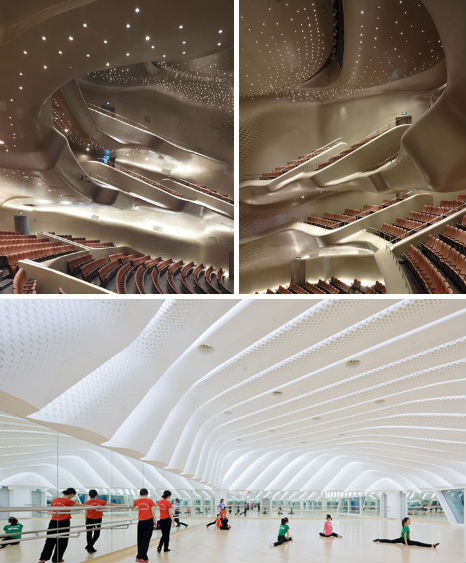 The building, which opened on February 24th, is the largest performing arts center in South China at roughly 230,000 square feet. Its low profile was designed as a prelude to the taller structures behind it on Haixinsha Island where other civic and cultural attractions are under construction, including a sports park. 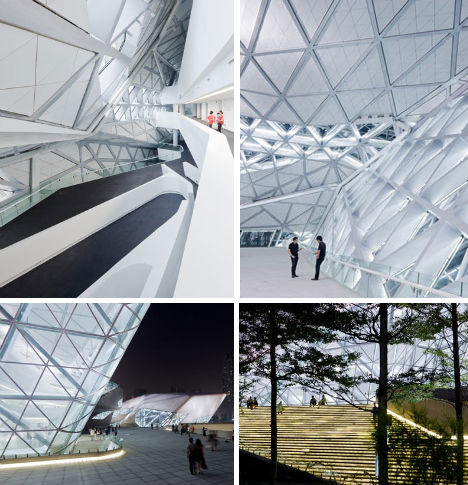 “The design evolved from the concepts of a natural landscape and the fascinating interplay between architecture and nature; engaging with the principles of erosion, geology and topography,” says the architect. “The Guangzhou Opera House design has been particularly influenced by river valleys – and the way in which they are transformed by erosion.” 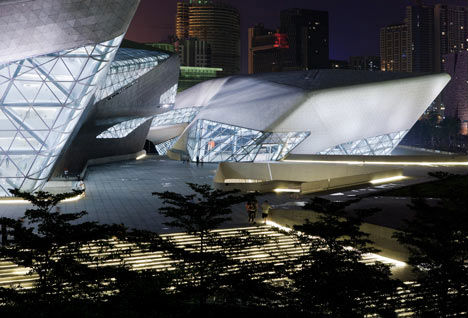 “Fold lines in this landscape define territories and zones within the Opera House, cutting dramatic interior and exterior canyons for circulation, lobbies and cafes, and allowing natural light to penetrate deep into the building. Smooth transitions between disparate elements and different levels continue this landscape analogy.”