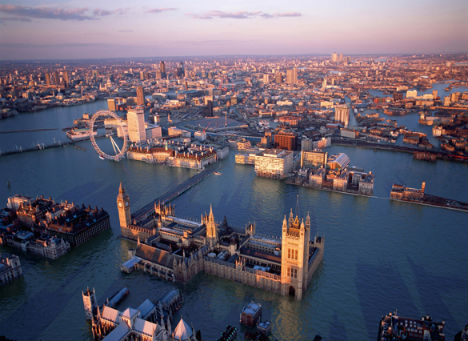 What will the world be like in the future? We spend a lot of time on such conjecture, especially in relation to the effects of climate change, but somehow, the possibilities never seem real. The future, however, is just around the corner, and cities like London could be altered dramatically by rising sea levels, drought, temperature extremes and food scarcity.

Artists Robert Graves and Dider Madoc Jones vividly illustrate the horrifying changes that could occur in London within decades with their digital art series Postcards from the Future, which just wrapped up an exhibition at the Museum of London. 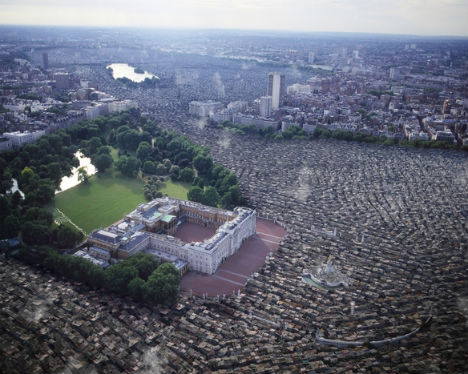 Concerned that the reality of impending climate change just wasn’t sinking in for many people, the London-based pair identified 10 iconic views of London’s greatest landmarks that are repeated again and again in postcards of the city and modified those views to reflect disastrous scenarios like ‘London as Venice’ (top image). 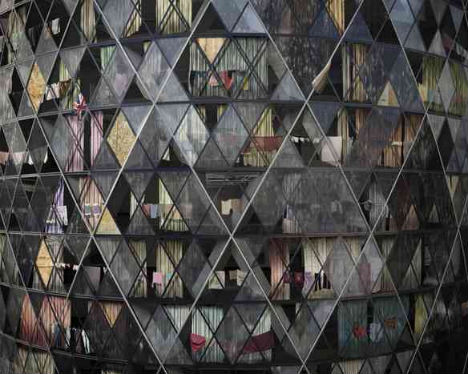 Buckingham Palace is suddenly hemmed in by a vast shantytown packed with poor Londoners as well as climate refugees from around the world, particularly those from the now scorched and uninhabitable equatorial regions. The ‘Gherkin’, once one of the city’s most eye-catching modern office towers, has now become a high-density slum. 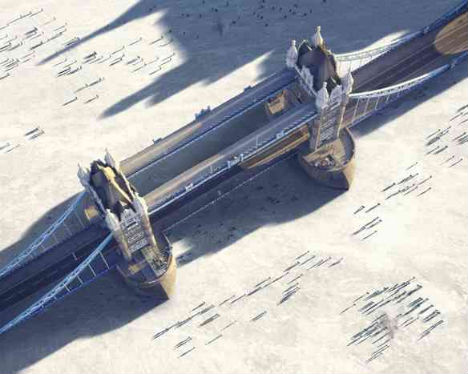 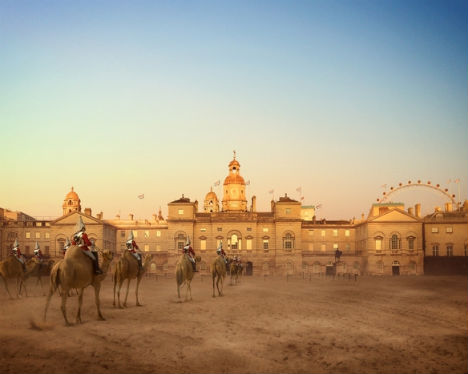 But London has its own extremes, painfully dry and hot in the summer and so cold in the winter, the Thames freezes over completely, building up long-term ice. Each winter, as the slowing Gulf Stream ushers in a new mini ice age, temperatures get lower and lower. 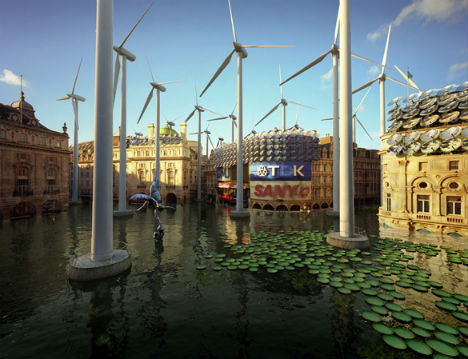 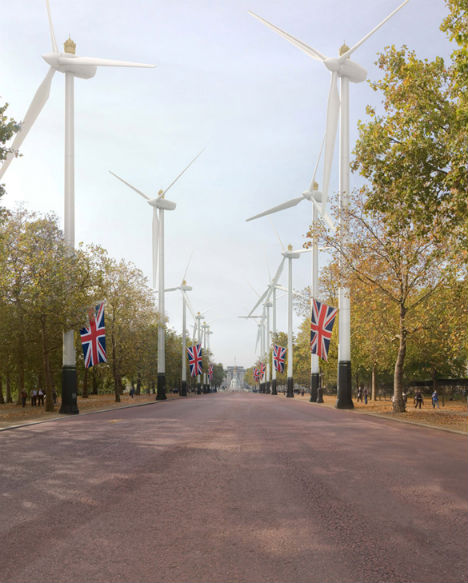 “We didn’t want to create the stuff of nightmares although we did make images showing the potential disasters London could suffer,” say the artists. “We also strove to show how resourceful we could be as a capital, and how by adapting we could rise to meet the challenge of our changing environment.”