Slated to be constructed in just 7 years and cost $300 billion (more than the GDP of Egypt), this ambitious design for a brand new capital city of 5 million people is unprecedented – if completed, it will be a record-setting endeavor. And it is not just a conceptual vision, or at least not entirely- the site has been selected and a 100-square-kilometer test section has already been approved by the Egyptian government.

The new capital-replacing city is described by its proponents as “the catalyst for an Egyptian renaissance” and “a momentous endeavour to build national spirit, foster consensus and provide for the country’s sustainable long-term growth.” Inspired in part by Silicon Valley, buzzwords about in the promotional materials related to the project, tentatively titled “The Capital.” It is intended to be a “smart city” and “hub of innovation” to carry its country into the future of technology and sustainability.

Transportation is to be a big component of the design, both within and beyond the city – it is meant to become both a hub as well as a walkable metropolis. Lessons are being taken from extant clogged and congested urban centers, particularly Cairo. However, it is not clear through the gloss and glamour just how these innovations will manifest themselves – there are some statistics, though, that are at least superficially impressive. 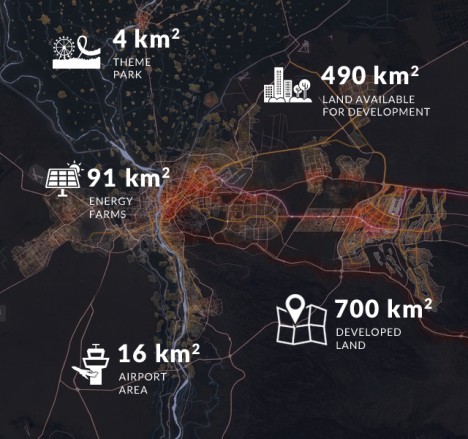 Environmental friendliness is also high on the list, with plans to sustainable local food, use eco-friendly modes of power generation (wind and solar) and, of course, deal with waste and recycling in a green and efficient manner, avoiding a repeat of Cairo’s infamous “Garbage City.” 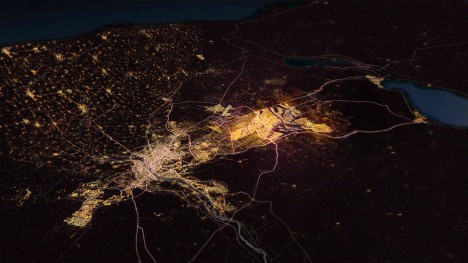 Some might question whether the futuristic renderings are really representative of what is planned or if they are simply designed to impress. Critics note that the scheme seems too good to be true, and may be intentionally positioned as a Utopian project in order to draw outside investors. Building a new city from the ground up may result in that space being more efficient, but it leaves one wondering what the country has planned for its former capital. Perhaps there is room for generosity in expectations, however – lessons learned and developers deployed in this massive construction project could be turned around afterward and reassigned to fix existing cities.