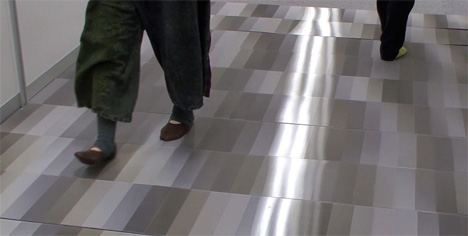 Can you control a crowd with nothing more than an optical illusion? A group of researchers at Tokyo’s University of Electro-Communications think so. They are developing a lenticular lens sidewalk that would keep people moving in both directions on their own side of the walkway. 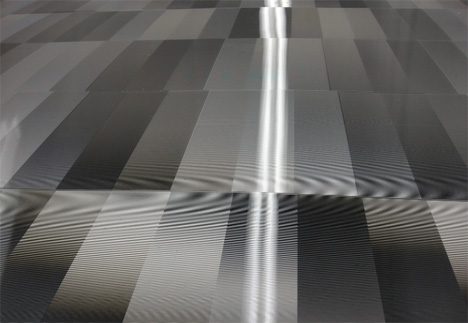 Lenticular lenses use a type of optical illusion involving a curved edge and an underlying image to simulate movement – just like those “moving” Valentines and stickers many of us played with as children. The theoretical walkways would use simple images of stripes moving toward the right to keep people on the right-hand side of the walkway. 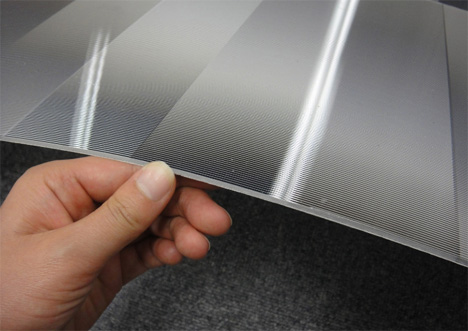 How would moving stripes control a crowd? It’s simple: most of us use visual cues to keep us balanced while we walk. As we see the stripes subtly moving to the right, we naturally follow the movement with our eyes and then our bodies. Pedestrians may not even be aware that they are being sneakily guided.

The walkways would also be a great benefit even if people were aware of them and knew how they worked since they could be used as a sort of low-tech guidance system. In a crowded situation where people are disoriented, the moving stripes would act as a simple way to guide them in the right direction. The display uses no electricity so it would be relatively simple and low-cost. 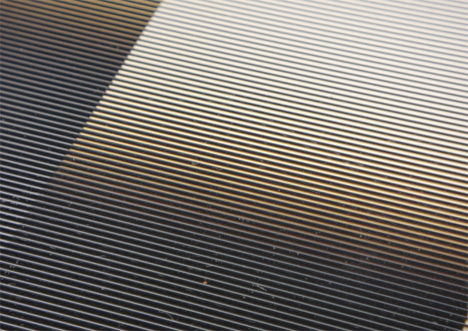 Since lenticular lenses have not been used in this way before, it is not yet clear how well they would hold up to continued pedestrian traffic. Research into the crowd control capabilities of this intriguing idea is ongoing; don’t be surprised if you see a “moving” sidewalk like this in your city one day soon.