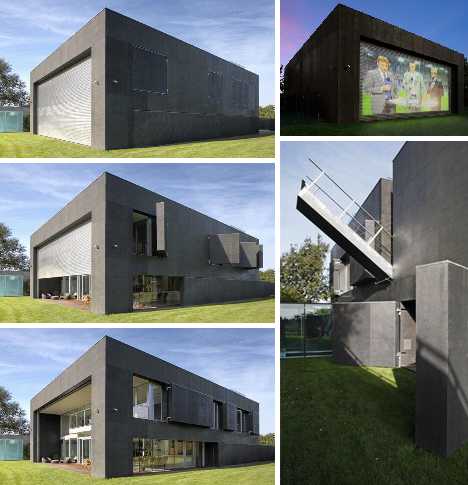 If maximum security is your aim but prison life just doesn’t cut it, you might want to consider the Safe House. Designed by KWK Promes Architects and located just outside Warsaw, Poland, this shape-shifting, monolithic, urban bunker adjusts its exterior to meet all your security needs from pesky tool-borrowing neighbors to a full-on zombie apocalypse. 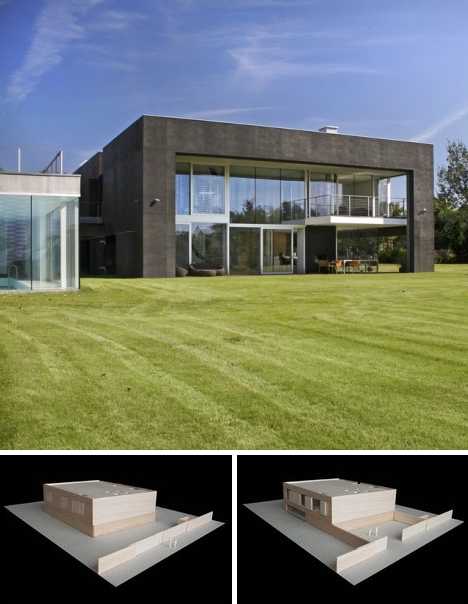 When Polish architecture firm KWK Promes set out to design and build the ultimate safe house, cutting corners was not an option. The resulting building, located just outside of Warsaw in the village of Okrzeszyn, was even named “Safe House” to underscore its uncompromising stance on home security. 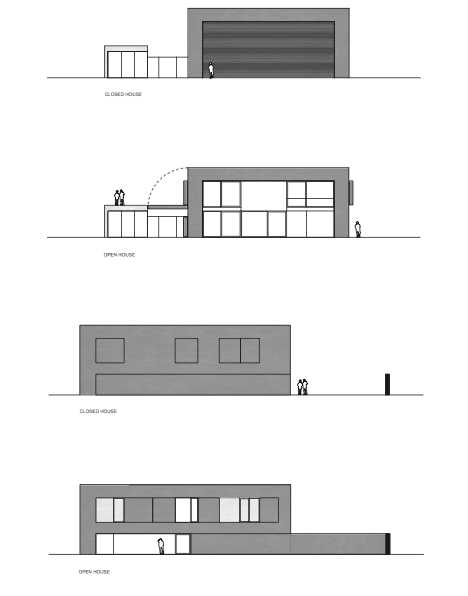 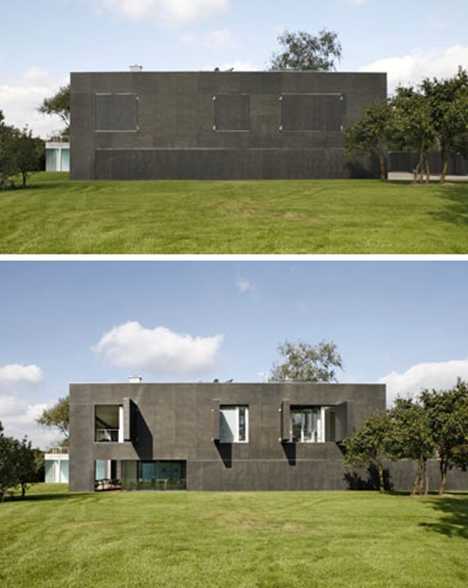 One might say Poles know a thing or two about security and the need for it, though the country’s darkest days are (hopefully) behind it. The Central European nation is also one of the former Soviet bloc’s most impressive economic success stories; current estimates state that Poland will enter the Eurozone and adopt the Euro as its currency within the next 2 years. Residences such as the Safe House may be expensive, even if produced in quantity, but Poland will have no shortage of moneyed buyers willing to fork over the necessary zloty. 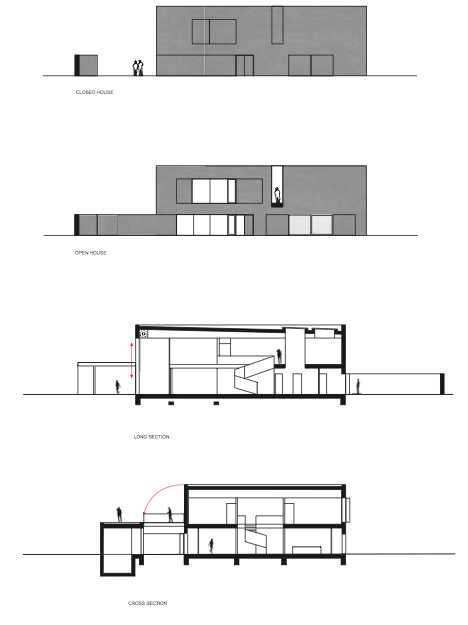 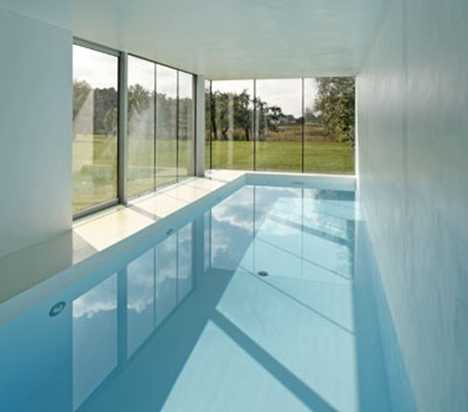 But back to the Safe House itself, which appears more like a warehouse than a farmhouse. The charcoal gray exterior is hardly welcoming and one wonders about absorbed solar heat radiated inwardly by the dark outer walls… more on that later. Mind you, there’s only one Safe House at the moment (it was completed in 2009) and future owners would be well within their rights to liven up the wide, flat exterior walls with a lighter paint color, at least on some surfaces to break up the blockhouse monotony. 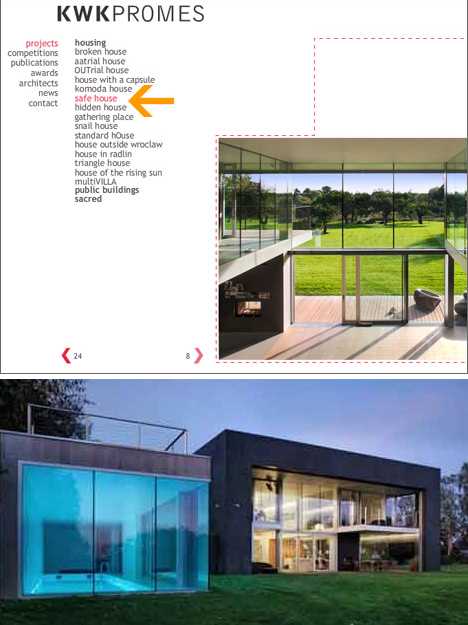 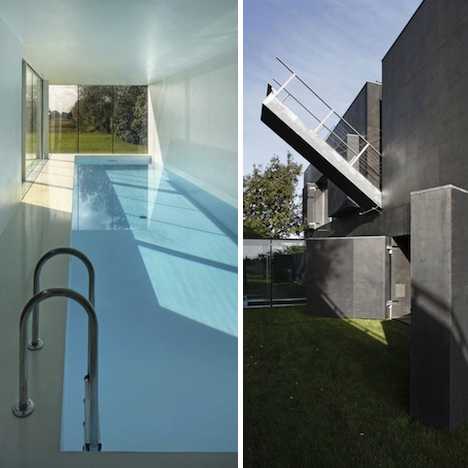 One thing the Safe House is, is big… it’s practically a fortress with an open, spacious interior. The actual living space runs up to 6,100 sq ft spread over two floors, and that doesn’t include the adjoining swimming pool annex that’s accessed via a neo-medieval retracting drawbridge. 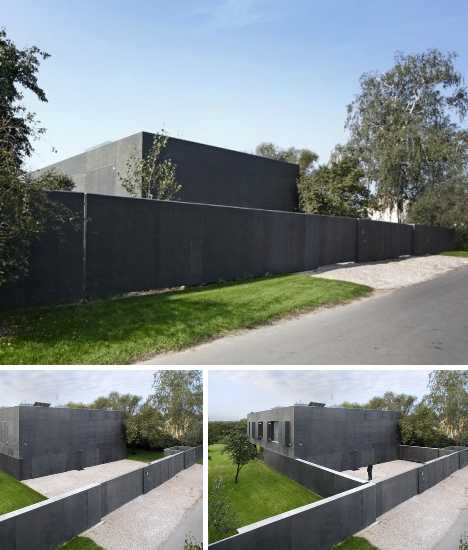 Though monolithic in plan view, the Safe House is actually quite organic as it can change its appearance and function depending on the need of the moment. The most fluid elements are the 2.2 meter (7.2 ft) high outer walls, which measure 22 and 15 meters (72 and 49 ft) in length. The walls adjust to provide a “safe zone” that extends out to encompass the front courtyard while separating children from the public street in front of the house. 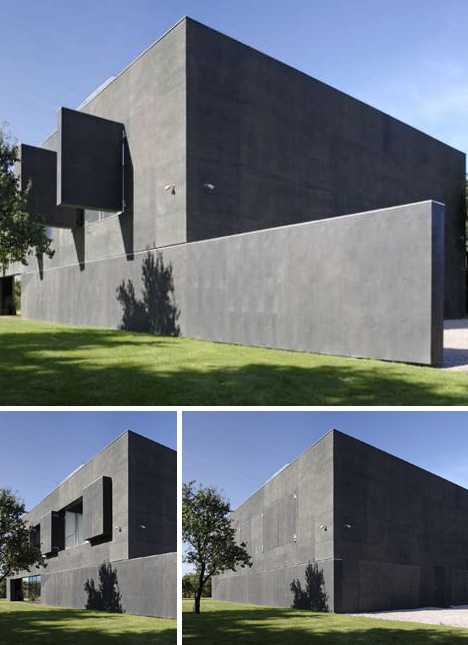 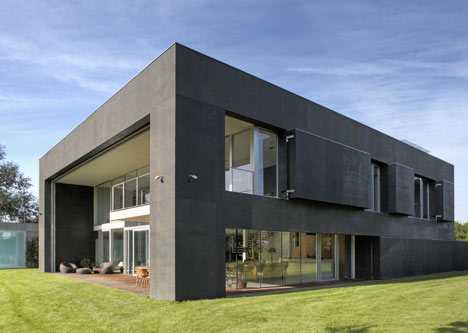 Huge, flush-fitting shutters 2.8 meters (9.2 ft) high and up to 3.5 meters (11.5 ft) wide open up to 180 degrees so as to lie flat against the house’s walls. These shutters expose expansive floor-to-ceiling windows on the house’s second floor, letting in light and relieving any sense of claustrophobia.

Roll Up, See The Show! 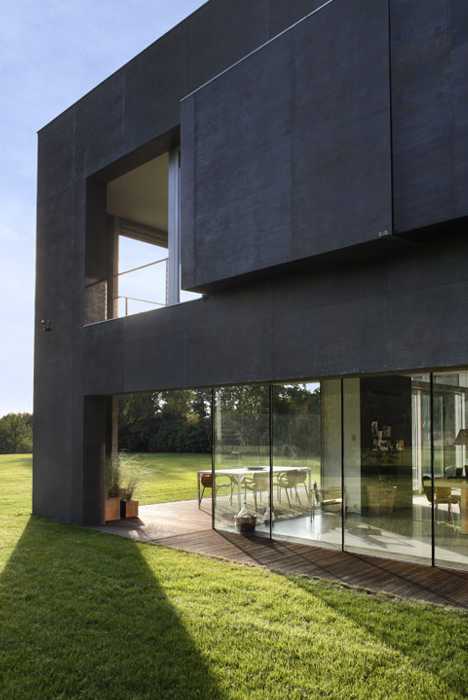 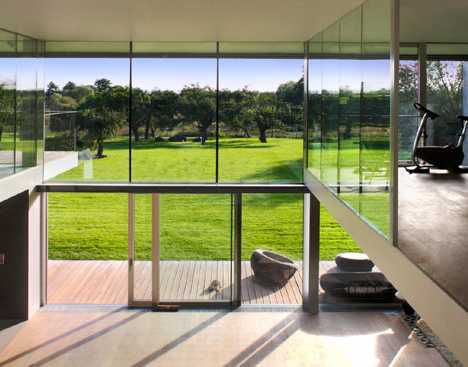 The house’s southern exposure demanded a different sort of security solution as this area would be used for entertainment, dining and for enjoying fresh air on the back patio. Closing off this area at night or when not need required the installation of an immense 14 by 6 meter (46 by 19.5 ft) roll-up, corrugated metal door of the type used for aircraft hangars and shipyards. 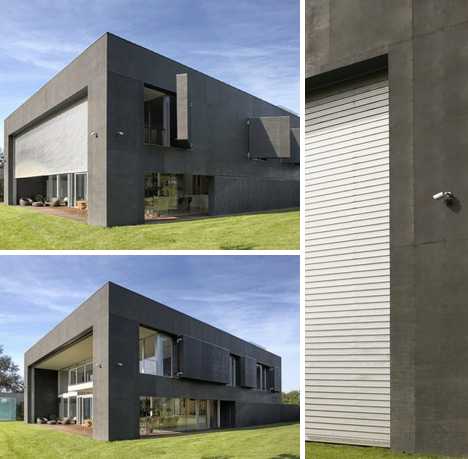 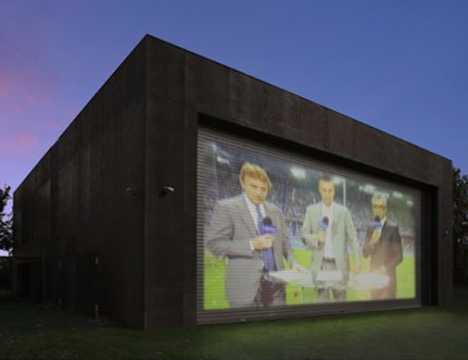 The roll-up door is operated by an electric motor and is activated via an electronic touchpad. According to KWK Promes, the door “is made with white anodized aluminum which makes it possible to function as a movie projection screen.” Roll ’em, indeed. 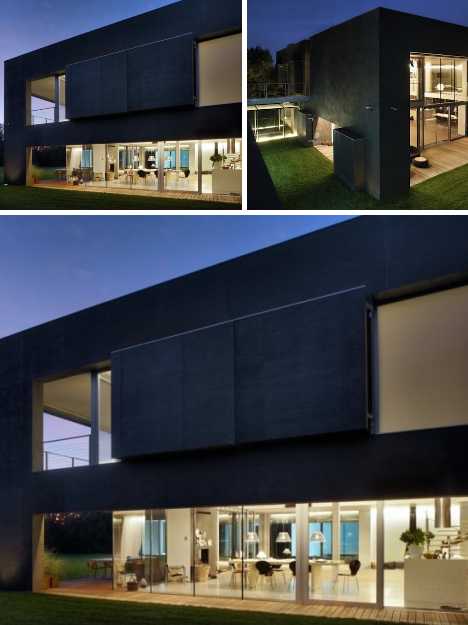 Oh, those dark and forbidding outside walls? KWK Promes designed them with interior glazing that allows heat absorption during winter days and insulation in summer. The walls act to store solar energy and ease the burden on the separate hybrid heat system, making the building as a whole “intelligent passive” when it comes to environmental sustainability. As an added bonus, the walls do a darned fine job of keeping zombies (or the in-laws) out… just sayin’. 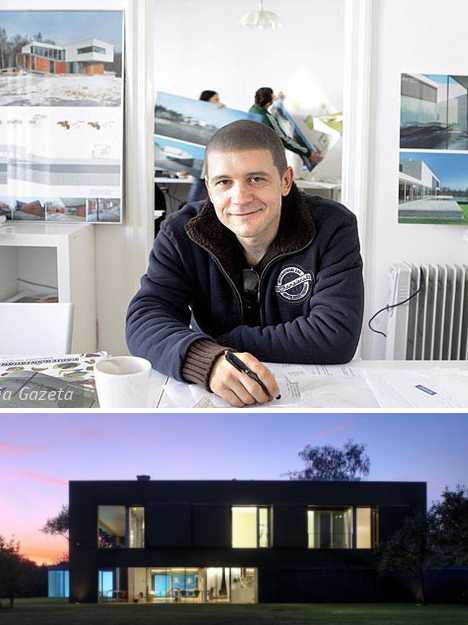 (images via: If It’s Hip It’s Here and Freshly Serious)

Architect Robert Konieczny (above) of KWK Promes likens the Safe House to a living organism; quite a contrast from one’s initial impression of a live-in version of the Black Monolith from 2001: A Space Odyssey. Instead, the Safe House “wakes up every morning to close up after the dusk. This routine reminds of the processes occurring in nature – the house resembles a plant in its day and night cycle.” 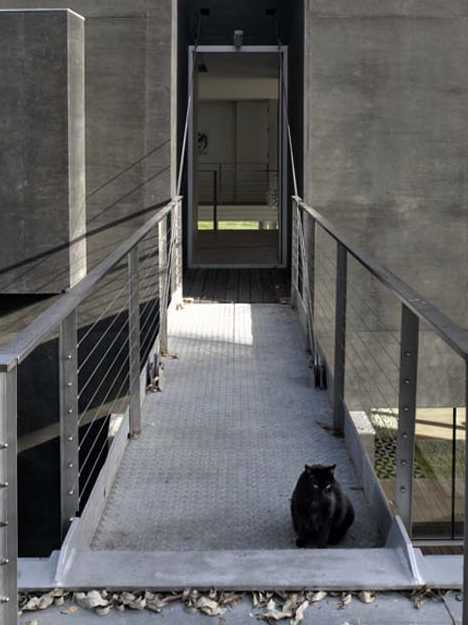 (images via: These Old Colors)

It’s a bit ironic, perhaps, that the Safe House looks back not to a time when people felt secure enough at home to leave their doors unlocked, but further back to the good old days of kings, castles, moats and sieges. Whatever goes around, comes around we suppose… even if it comes ’round with straight edges.