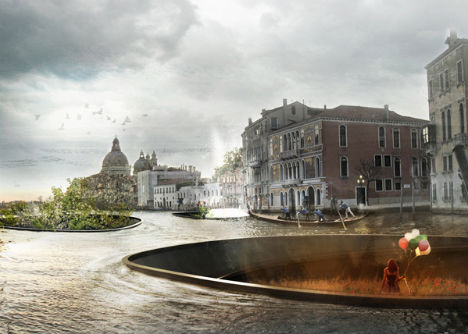 Venice is sinking, and the city of canals is in dire need of solutions that can help it survive. This isn’t one of them. Architecture firm Bam! has envisioned a fantasy future in which residents shrug their shoulders and accept the inevitable, creating bowl-shaped concrete islands that enable them to carry on despite the fact that their beloved historic buildings are slipping below the surface of the water. 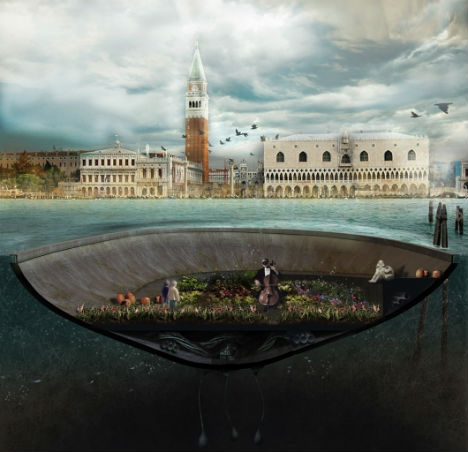 These new artificial islands float freely in the canals, offering space for gardens, art shows, concerts and parties. Seemingly meant to allow Venetians and visitors alike to simply enjoy the changing city despite the onset of deterioration and decay, the islands seek to embrace the water rather than to fight it. 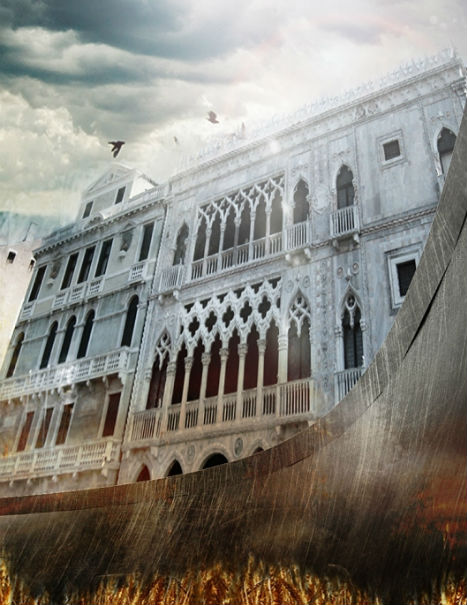 “If, urged by curiosity, you were to go and visit one of those places, it would seem to you as though you are resting in a softened space, far from the frenzy of the city and the shuffling of tourists, far from the souvenir stalls and the cruise ships,” says the design firm. “It would seem to you to be present in a room enveloped by tree-lined walls and looking at the city’s buildings and at the sky – most of all at the sky – as though from a cradle.” 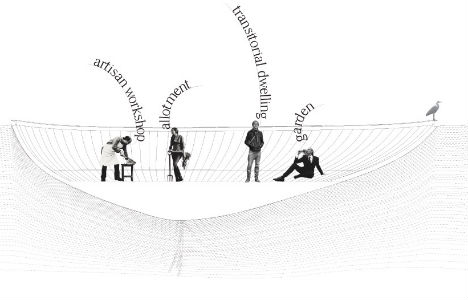 “It’s as though you can see a new part of Venice that lives in its reflection, a sort of third level from which to admire the city from below. But if you look from the paving on the bank, the scenery on the water does not seem to have changed; the new part of Venice is as though hidden in itself.”

At least, until the pavement is submerged, and then you’re out of luck.