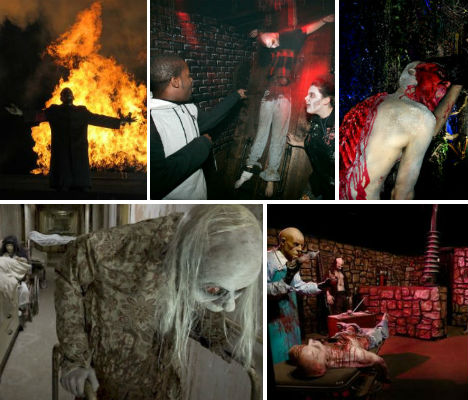 Not for the young, meek or weak of bladder, these horrifying haunted houses represent America’s scariest. Set everywhere from antique meat-packing plants to formerly abandoned penitentiaries, the country’s top haunted houses combine eerie ambiance, disorienting spaces, pounding music, pitch darkness, blinding lights and heart-stopping special effects to get a scream out of everyone who enters. 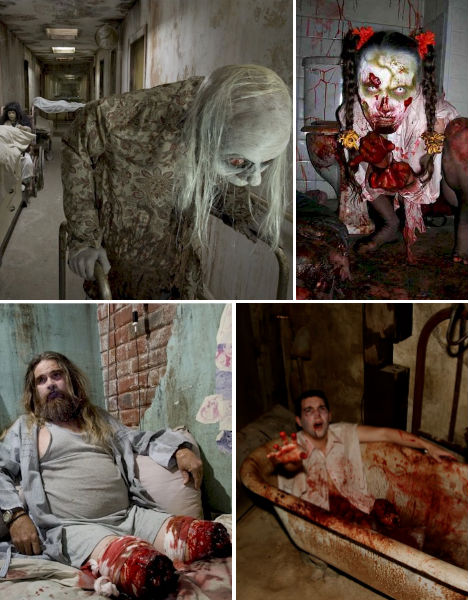 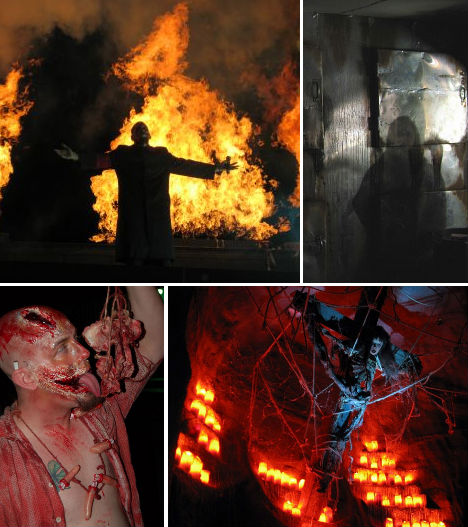 (images via: house of shock)

Think you can handle America’s most controversial haunted house? New Orleans’ House of Shock, co-founded by Phil Anselmo of the band Pantera, was nearly shut down in the ’90s because of its Satanic themes. Today, the show is gorier and wilder than ever with what may be the nation’s most elaborate pyrotechnics. 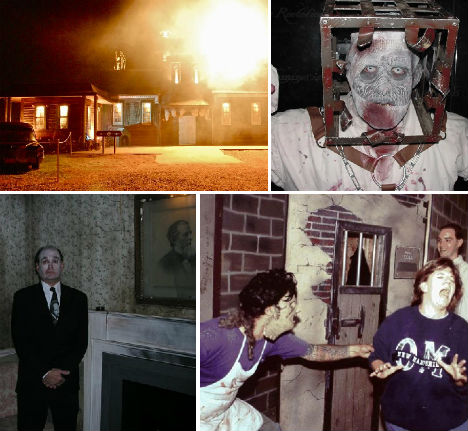 A hayride is a nice, pleasant fall activity, right? Not when you’re at the Bates Motel outside Philadelphia. From the moment you take a seat, the ride is a non-stop assault of shocking attacks from collapsing walls to oncoming monsters. The motel itself, based of course on the classic Hitchcock horror film Psycho, has its own terror in store with eerie atmospheric rooms, slamming doors, crazy lighting effects and all manner of ghouls, corpses and crazed killers. 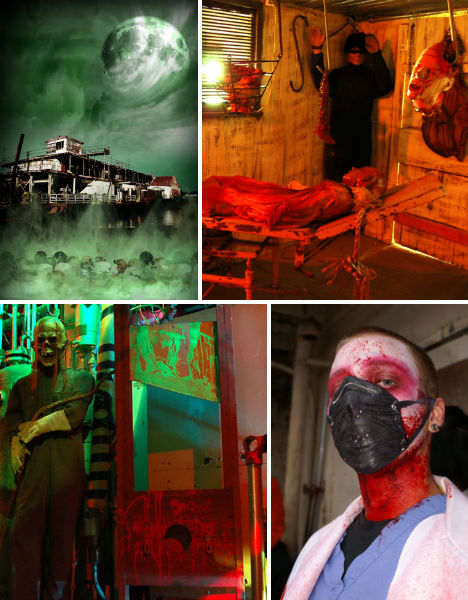 What horrors take place inside the smashed, ruinous remains of this old steamboat? Docked in the Ohio River with a view of downtown Cincinnati, the USS Nightmare barely survived the scrapyard and the tales its crew has to tell – tales of hauntings and mysterious deaths – are terrifying indeed. Visitors take a 30-minute journey through the vessel learning its history and seeing the horrors for themselves. 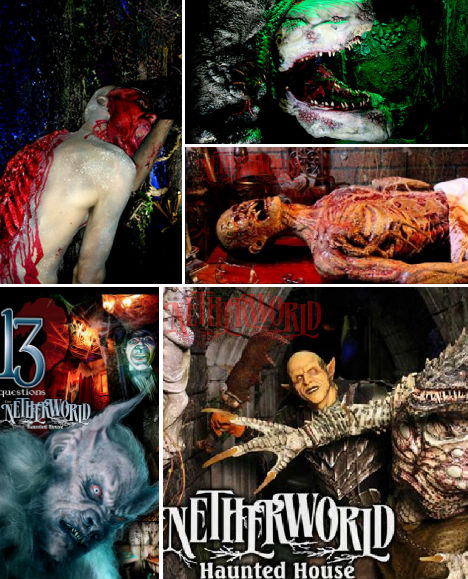 Atlanta’s Netherworld features what may just be the weirdest variety of creatures you’ve ever seen in your life, from man-sized bats and swamp monsters to dinosaur-looking things crawling out of sewer grates. Netherworld frequently appears on national television shows as one of the country’s most elaborate haunted houses. 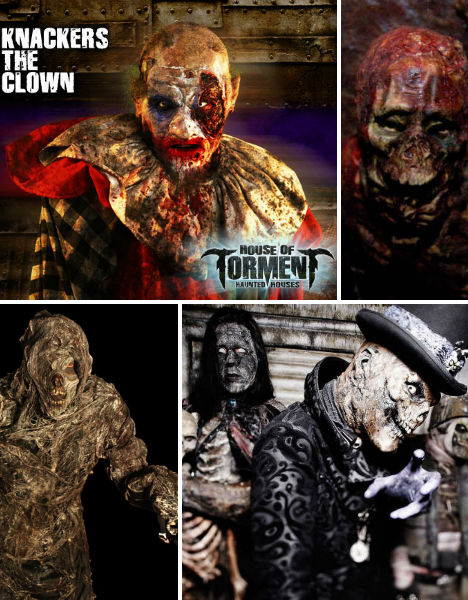 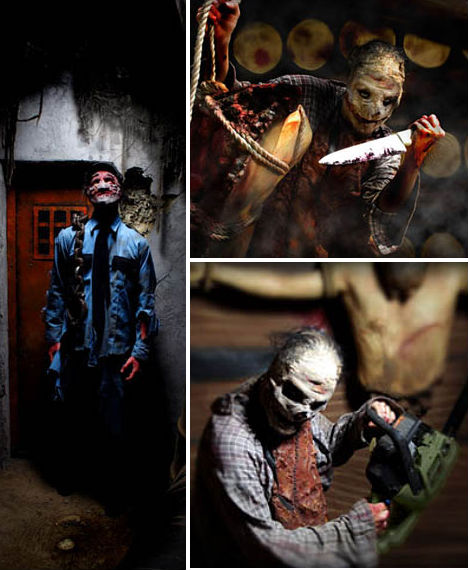 Over the years, Shocktoberfest, a ‘haunted theme park’ in Reading, Pennsylvania, has featured such attractions as the Toxic Asylum Haunted Hospital, the Prison of the Dead and the SawKill. This is definitely a hands-on attraction, and reviewers rave about the entertainment value of the entire experience, from the hay ride to the interactions with the actors. 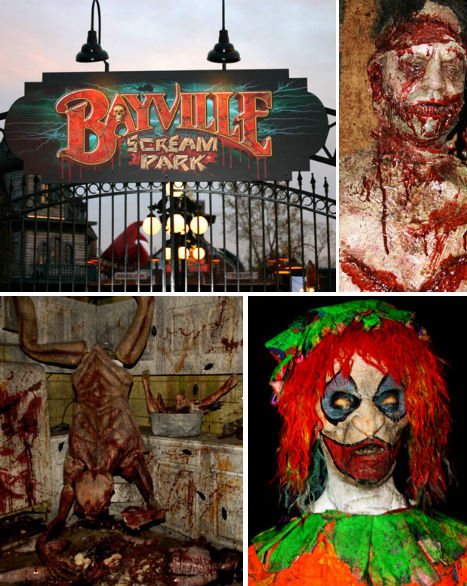 Bayville Screampark includes five haunted houses, a 3D clown maze, a haunted forest, a temple of terror and zombie pirates. The attraction is transformed every year from the benign Bayville Adventure Park into a complex of horrors, including a mansion built by Hollywood production designers at a cost of hundreds of thousands of dollars.

Terror Behind the Walls, Philadelphia, Pennsylvania 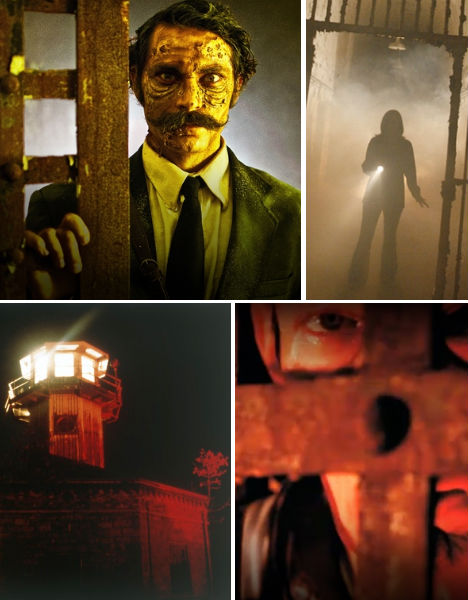 No mere facade, Terror Behind the Walls is actually located in 13 rooms of Pennsylvania’s Eastern State Penitentiary. This castle-like prison has been abandoned since the 1970s and is ripe with decay, providing an ideal setting for a haunted house. This authenticity makes Terror Behind the Walls a creepy choice, even if it is notably low on gore. 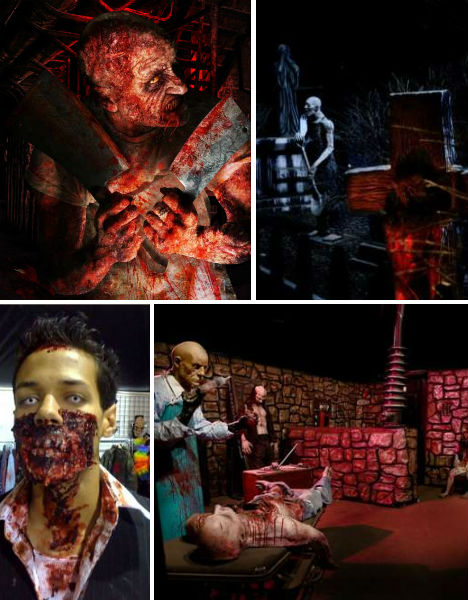 7 Floors of Hell isn’t just a single haunted house – it’s seven complete attractions that could stand on their own. Seven themed floors contain acres of bloody, depraved, terrifying scenes and activities including an insane asylum, a crypt containing over 3000 skeletons, a psycho circus, an extra-gory butcher shop and ‘The House of Nightmares’. 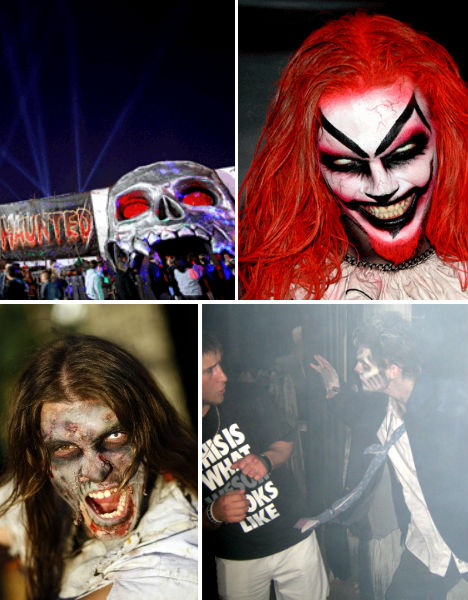 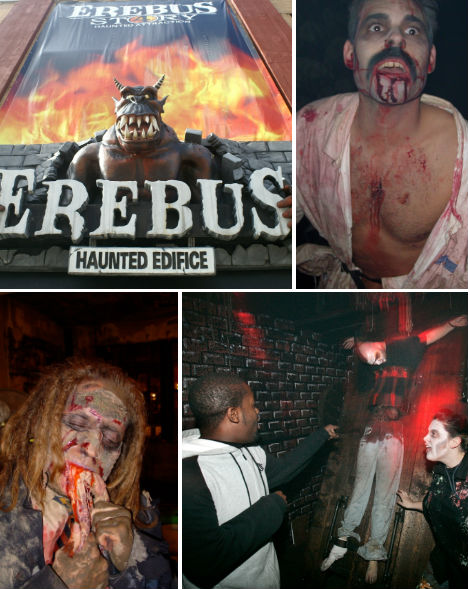 The ever-changing Erebus Haunted House in Pontiac, Michigan consistently scares even repeat visitors year after year. Erebus was the largest haunted house in the world before Cutting Edge earned that title in 2010. Named after the darkness beneath the earth that the dead must pass through to reach Hades in Greek mythology, Erebus is located in a four-story parking garage that was abandoned for 50 years. Giant centipedes, mutant gorillas, hidden passageways and moving rooms that totally disorient visitors are among the gags you’ll experience here. 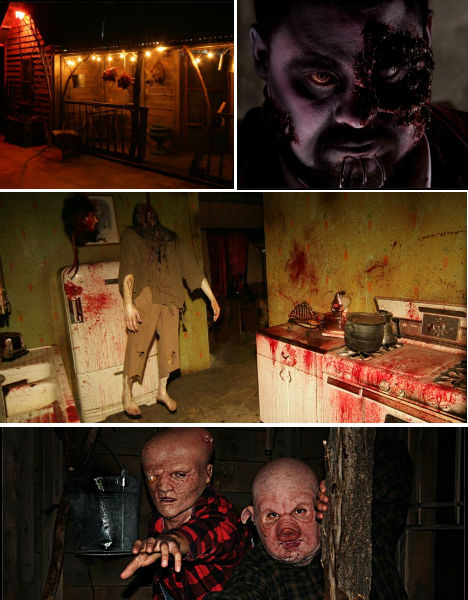 Before you even reach the 13th Floor Haunted House, you have to pass through a run-down farmhouse and meet a hillbilly family and find out what’s in the ‘Blood Shed’. Then an elevator will take you up – or, rather, down, as the missing 13th floor is actually subterranean. The catacombs, radioactive waste, mazes, snakes, rats and giant spiders are only warming you up for what comes next.