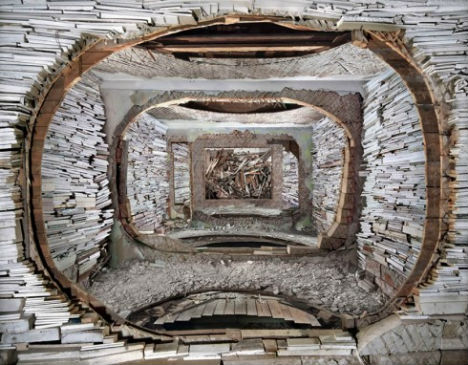 Abandoned structures often spiral into chaos within a period of mere months, riddled with forgotten objects, helpless against the forces of weather, wild creatures, plant life and decay. But what if that chaos were to be re-arranged into a mad sort of order – painted and stacked into columns, checkerboards and swirls? 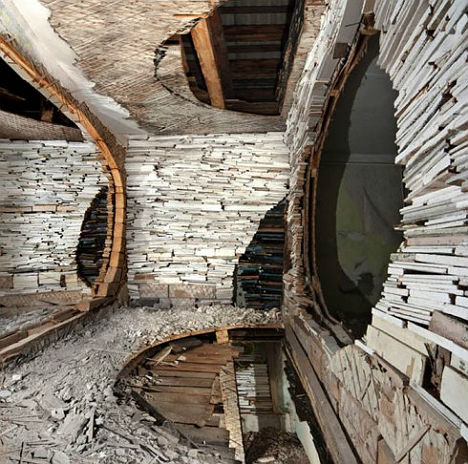 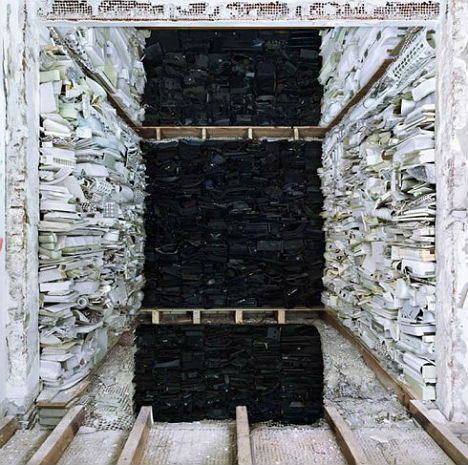 Dutch artist Marjan Teeuwen creates eerie, unsettling spaces by reclaiming the wreckage of destroyed abandoned buildings and re-assembling it in studios or museums for aesthetic and artistic effect. She also occasionally creates these installations within the abandoned spaces themselves, at one point hacking down an entire exterior wall and bringing the pieces inside to arrange. 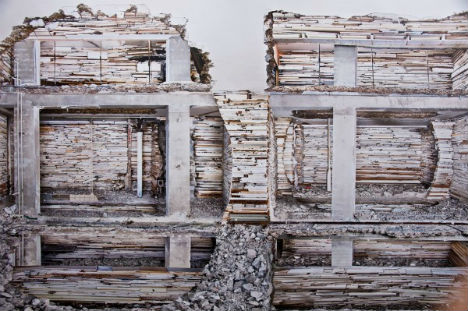 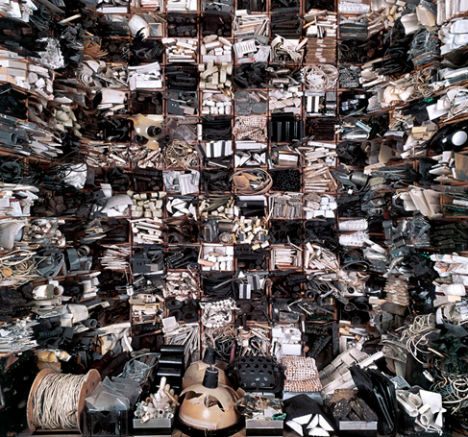 The detritus of life is categorized according to function, texture and color. Holes are cut through walls and floors and rooms are no longer recognizable for what they once were. In one installation entitled ‘Destroyed House’, Teeuwen cut out the walls from a post-war apartment block in Amsterdam and crafted sawed fragments of the building’s doors into partitions. 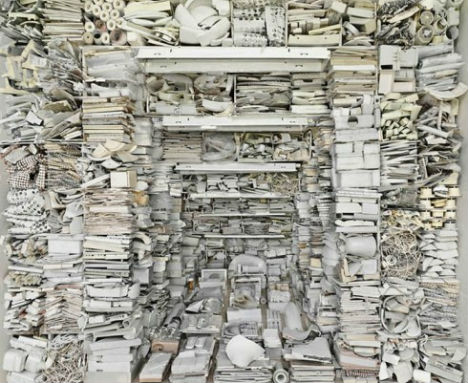 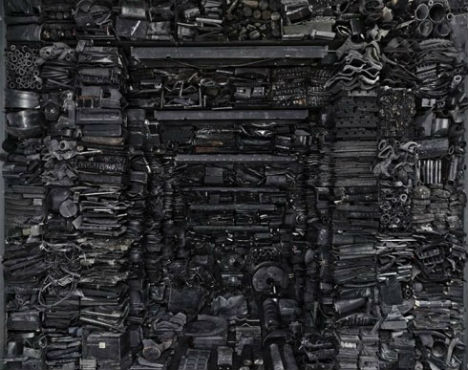 As Rotterdam gallery owner Cokkie Snoei puts it, (translated into English), “Teeuwen’s work is in the constructive power of the building hand in hand with the power of destruction and decay, sublimated in a precarious balance.”