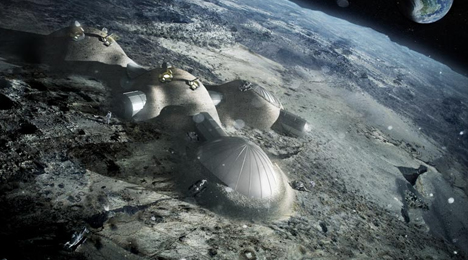 One of the biggest challenges of settlements in space is the cost of transporting materials and technologies for construction, a problem addressed beautifully via 3D printing technology in this architectural proposal (currently being prototyped on Earth). 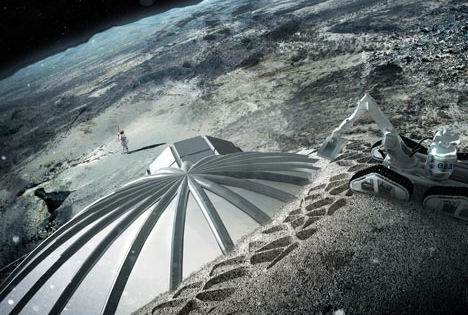 The design by Foster + Partners (in conjunction with the European Space Agency) uses a minimum of imported materials – mainly: an inflatable core, pumped up into domes and tunnels on site. 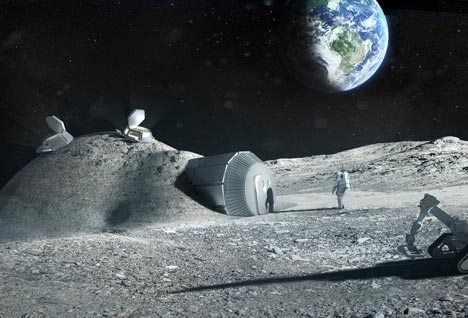 Yet despite its simplicity, the project addresses everything from extreme temperature fluctuations to gamma radiation in this ingenious multi-person dwelling, effectively allowing humans to bypass the need to burrow below the surface while still using it effectively as a shield. 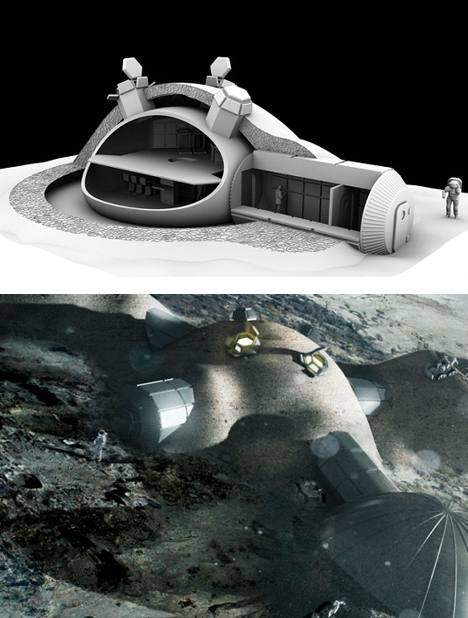 The man-made domes at the center of the concept are augmented by 3D-printed material derived from locally-sourced soil – a concrete-style foam substance providing stability, safety and structural support.