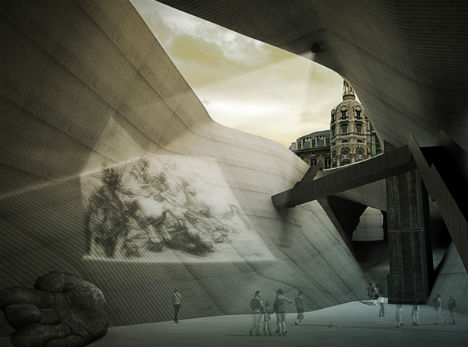 Beneath the bustle of Antwerp, Belgium, empty tunnels lie still and silent, forgotten by most of the inhabitants above. Meant for a metro system, the tunnels have been abandoned since they were built in the 1970s, but American-based designer Jon Martin imagines a novel use for them: housing an archaeological museum that doubles as an underground network connecting various buildings throughout the city. The melancholy mood of the project was inspired by W.G. Sebald’s novel, ‘Austerlitz.’ 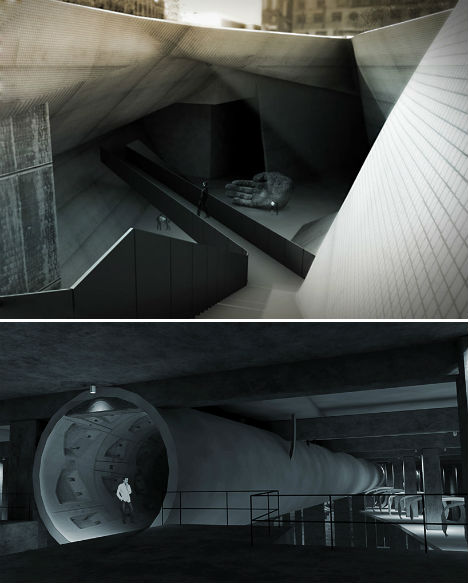 Starting at Antwerp Central Station, the tunnels would transform from disused concrete remains into a sort of artificial archaeological site housing a massive skeleton that twists and turns throughout the subterranean system. Visitors would descend down a staircase into a sort of daylight-illuminated lobby that is open to the sky above, and from there, wind their way through the tunnels to various exhibits. 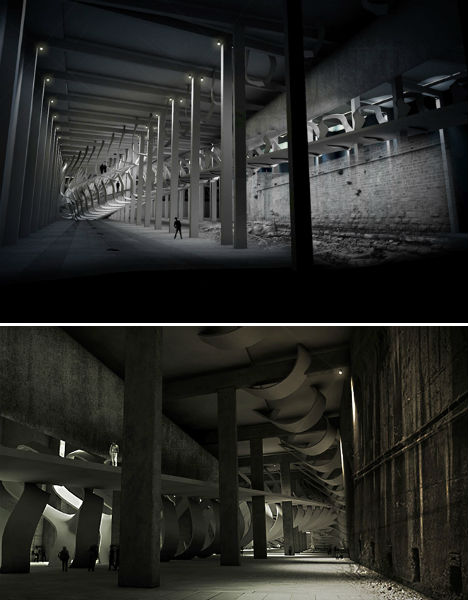 Keeping the tunnels largely untouched would preserve the gritty, eerie atmosphere that urban explorers currently see first-hand when they surreptitiously infiltrate the system to take photographs. The project would add staircases, walkways and sculptural skeletal installations, with a main gallery housing architectural artifacts and revealing historic and foundational walls of the city. 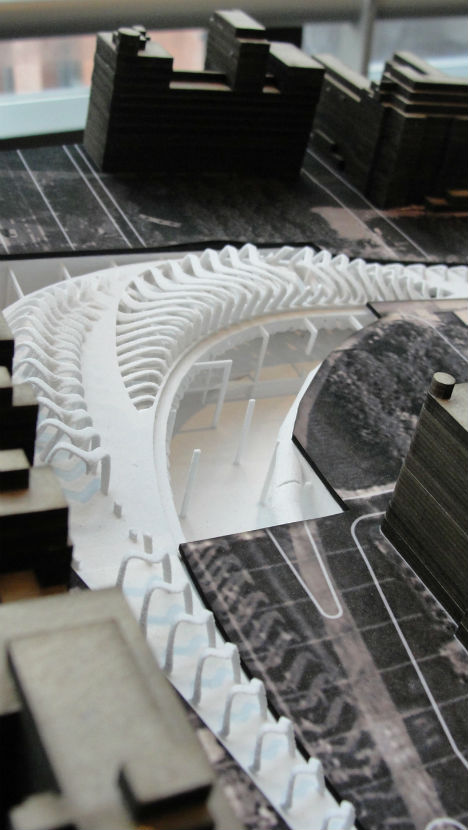 ‘The Descent’ into the museum entrance at Antwerp Central Station is “a stylistic plunge into the melancholy of a forgotten past,” and the first gallery consists of three tunnels that start and end at the same place, leading into the main gallery which is near the Flanders Opera. From there, visitors proceed on a diagonal into the Diamond District to see ‘Cinematic History’ in the form of films projected on the walls of the underground spaces. As they reach the end, the tunnels narrow – “The closer one gets to secrets of the past, the narrower and more isolated one becomes.”