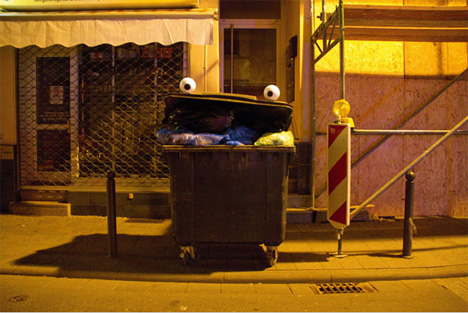 How much more welcoming would a city environment seem if it were filled with friendly creatures? German artist Timm Schneider is filling Weisbaden with very strange beings that are not only unexpected, but also completely lovable. 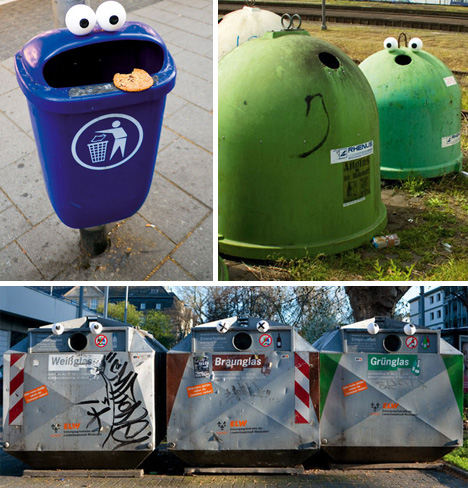 (all images via: Timm Schneider)

Timm Schneider is a graphic designer who found that his job sometimes left him short on artistic fulfillment. To soothe his creative soul, he began creating street art. Graffiti was too limited for him, but he eventually stumbled onto the type of urban intervention that delighted him and his neighbors. 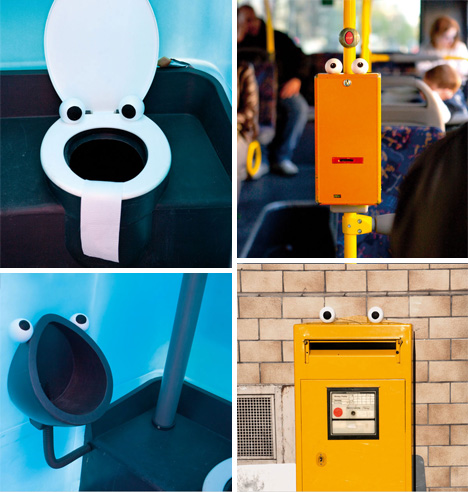 Schneider’s project is deceptively simple: he makes eyeballs out of styrofoam spheres and sticks them onto inanimate objects, making them look like creatures rather than things. 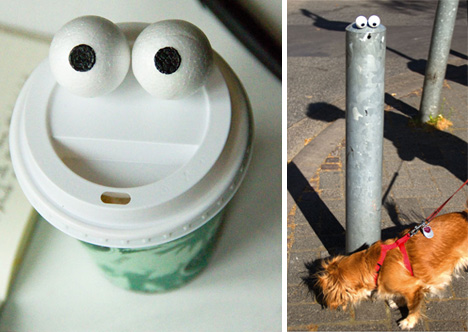 His art can be seen all throughout his city, adorning everything from public fixtures to products in shops to waste bins on the street. Once the little eyes are stuck onto something, that object is instantly transformed into something lovable and silly. 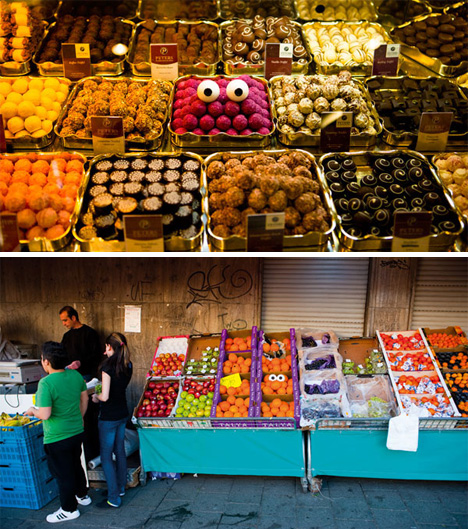 This type of urban intervention has helped to satisfy Schneider’s need for meaningful art, but it also helps viewers to shift their perceptions ever so slightly. 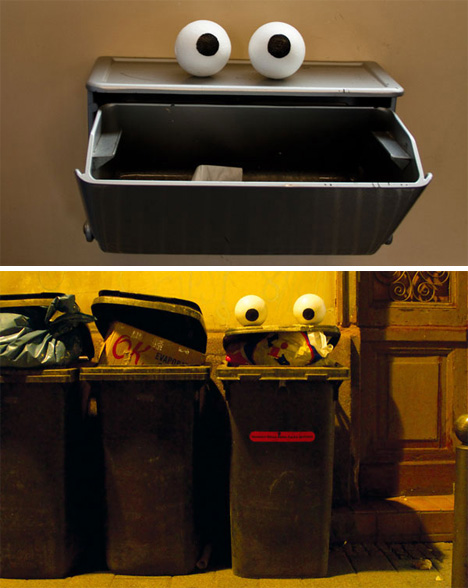 Instead of walking by an object and tuning it out like we do so often, Schneider’s interventions encourage people to slow down, take notice and see their surroundings in an entirely new light – even if it is only for a moment.

The newly-invented personalities taken on by these urban objects might cause a smile on the face of a city dweller, and for Schneider that is what matters. His interventions are all about pushing the world in the right direction…one pair of googly eyes at a time.