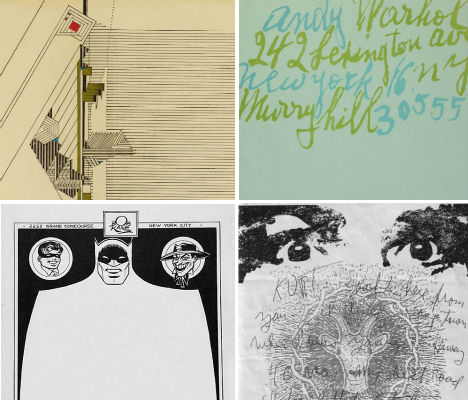 You’ll never receive a letter from Andy Warhol, Ray Charles, Albert Einstein or Harry Houdini, but you can still get a peek at what their letterhead looks like – and the designs can be quite revealing. These 17 letterhead designers from architects, musicians, artists, performers, inventors and other public figures range from the humble and minimalistic to the boastful and colorful. See lots more at Letterheady.com. 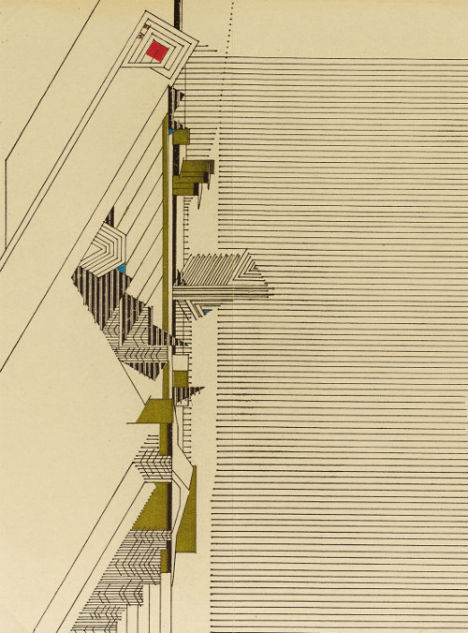 Would you expect anything less from Frank Lloyd Wright? In 1946, this is what you would have seen when receiving a letter from the famous architect. 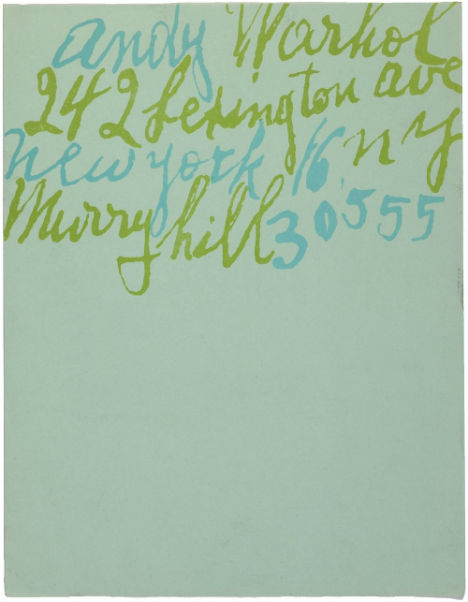 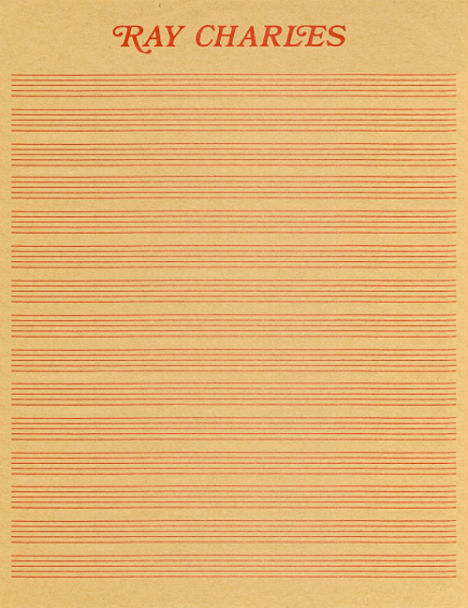 Ray Charles’ musical letterhead is perfection, period. The star was still using this letterhead in 1990. 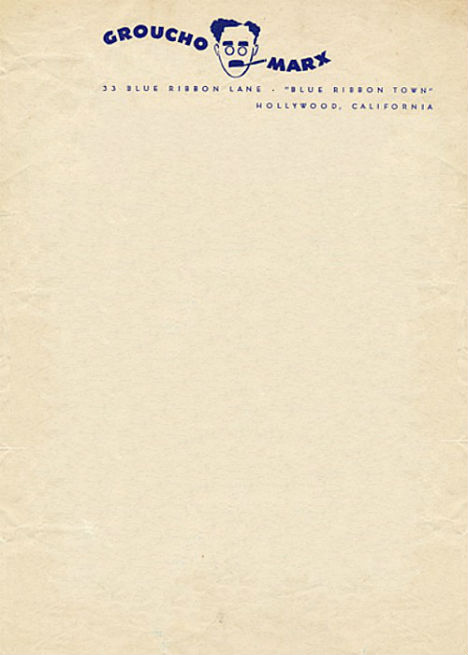 (image via: letters of note)

Even without the text, there’d be no mistaking this letterhead, dated 1943. 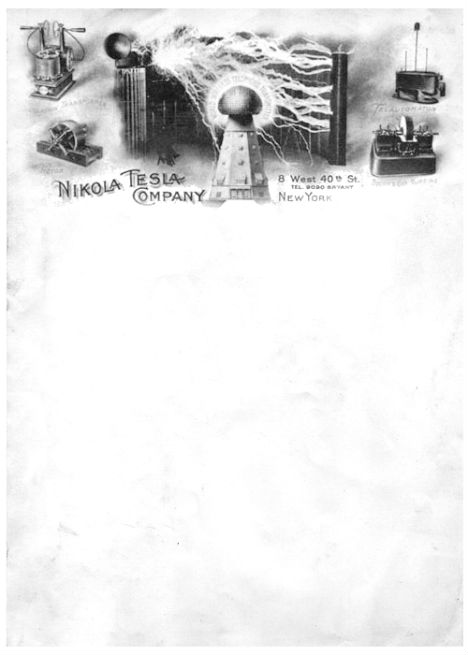 Imagine how cool it would have been to open an envelope and find this inside – not just because it’s a letter from Nikola Tesla, but because the letterhead is so awesome. It features Tesla’s inventions including the oscillation transformer, remote-controlled boat, steam and gas turbine and an induction motor. In the center is Wardenclyffe Tower, a concept that was never realized. 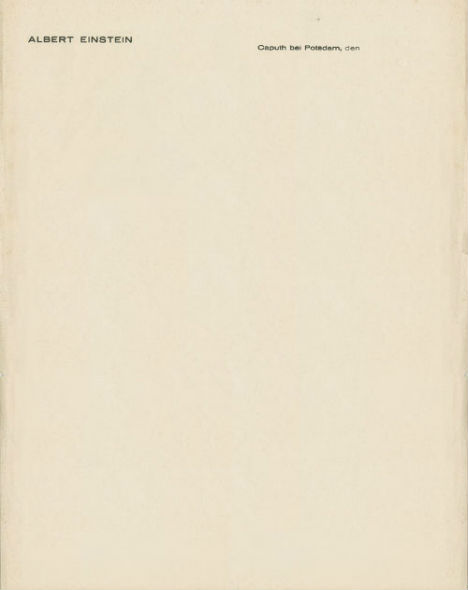 Yep, Einstein didn’t mess around, getting straight to the point with nothing but his name and ‘Caputh bei Potsdam’, which is the German town where Einstein lived from 1929 to 1932. 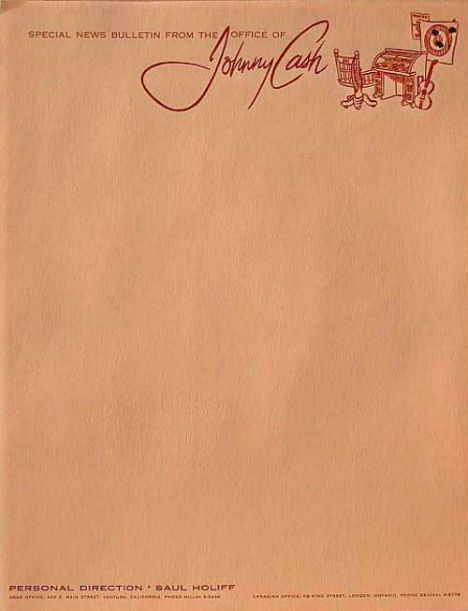 Johnny Cash – or at least his office – kept the whole ‘bad country boy’ image alive on this letterhead design with a print of a desk, a guitar and a target pierced by three die-cut bullet holes. 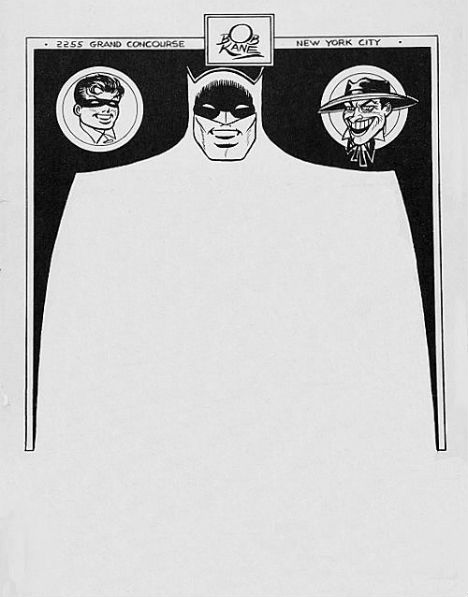 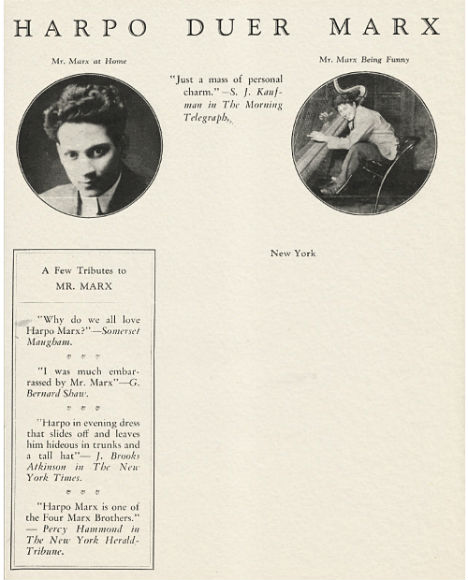 Groucho’s brother Harpo Marx wasn’t exactly going for humility when he used this humorous letterhead in the 1930s. The letterhead features two images, ‘Mr. Marx at Home’ and ‘Mr. Marx Being Funny’ as well as a quote that says “Just a mass of personal charm.” The sidebar listing “a few tributes to Mr. Marx” barely leaves any room for correspondence. 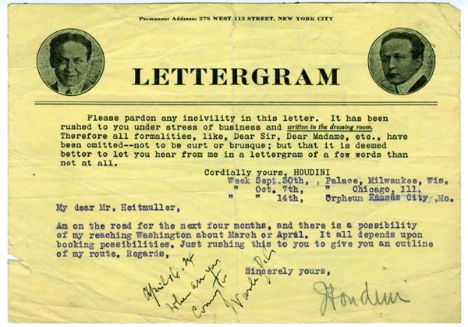 Houdini actually had quite a variety of letterhead, from a simple cameo-style photograph in 1913 to a supremely busy illustrated 1920 version with the tagline ‘World’s Greatest Mystery Man and Escape King.’  But perhaps most interesting is the magician’s quickie letterhead, used when sending a quick telegram. More than making up for the brevity of the message, it says “Please pardon any incivility in this letter. It has been rushed to you under stress of business and written in the dressing room. Therefore all formalities, like Dear Sir, Dear Madame, etc., have been omitted–not to be curt or brusque; but that it is deemed better to let you hear from me in a lettergram of a few words than not at all. Cordially yours, HOUDINI.” 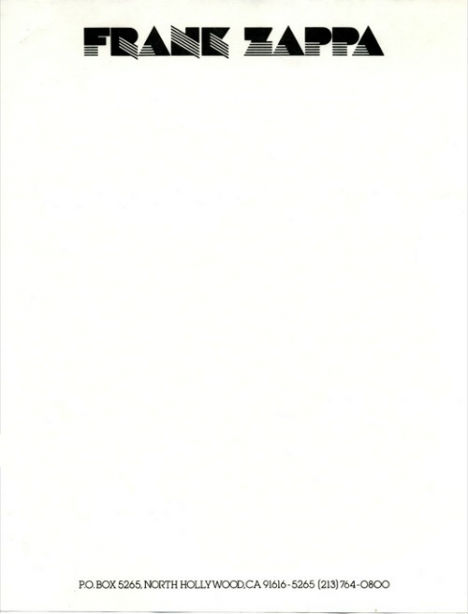 (image via: letters of note)

Sent in 1984 featuring a message about the infamous parental advisory stickers that he so opposed, this letterhead captures a bold graphic typeface spelling out Frank Zappa’s name. The full letter, which can be seen at Letters of Note, ends with the sentence “Don’t bend over for the wives of big brother”, referring to the ‘Washington Wives’ committee responsible for the stickers, including Tipper Gore. 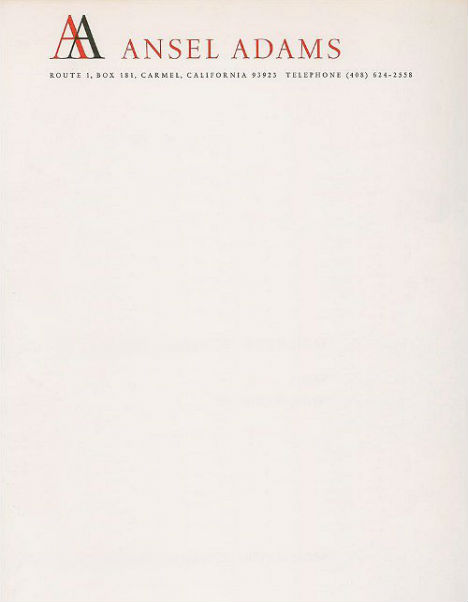 You might expect Ansel Adam’s letterhead to include an image from his photography, but the artist kept things clean and minimal with just his name and a monogram. 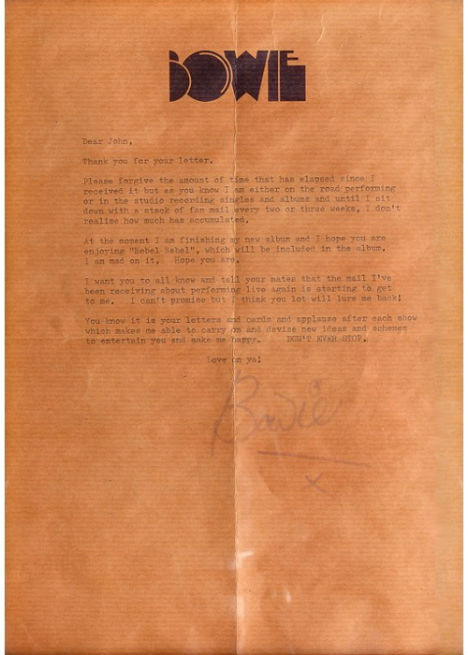 A lucky fan got a letter from David Bowie in 1974, and now it’s in the seemingly endless Hard Rock collection of celebrity memorabilia. 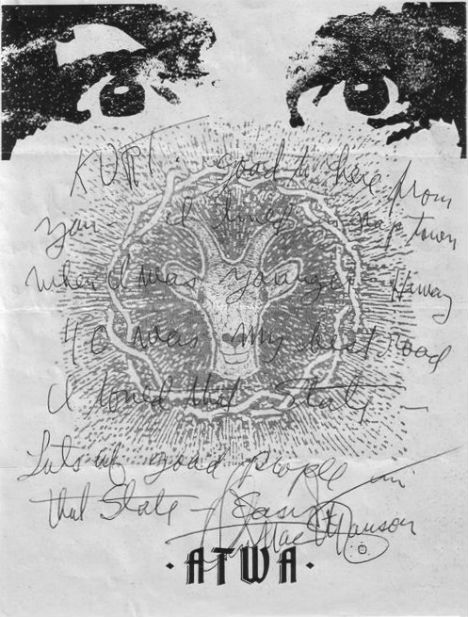 Correspond with notorious murderer Charles Manson in prison, and you might just get this totally terrifying letterhead in the mail, which features a print of his instantly recognizable eyes, as well as a goat in a crown of thorns and ‘ATWA‘. The latter stands for Air, Trees, Water and Animals and represents Manson’s ‘ecological mandate’. 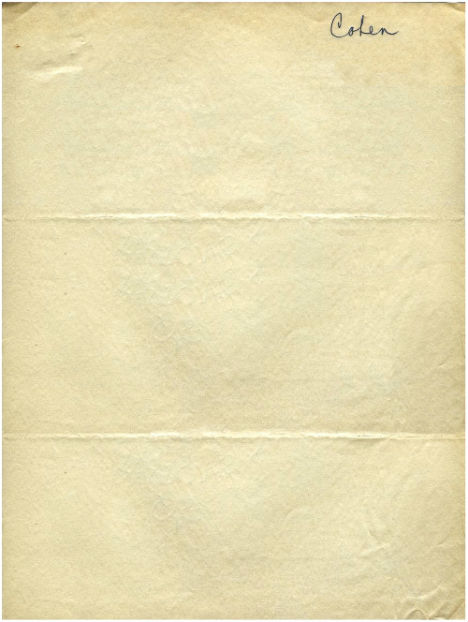 In 1959, singer Leonard Cohen’s letterhead featured nothing but his hand-written surname. 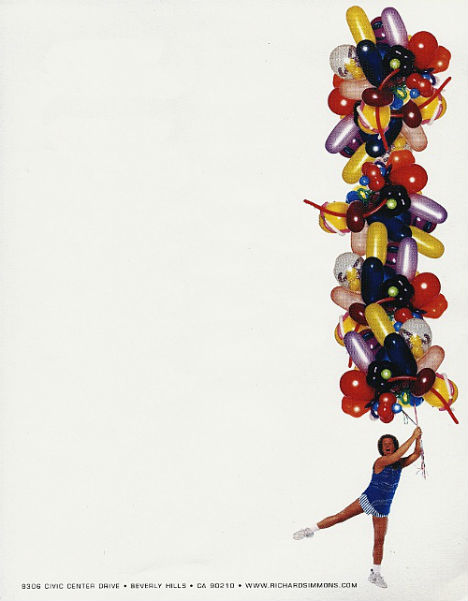 Richard Simmons’ letterhead, preserved by a fan who received a letter congratulating him on his weight loss, is just about everything you could ever want from the diminutive fitness instructor. 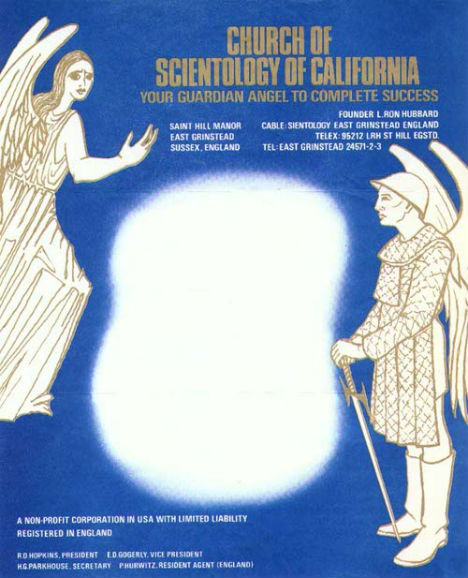 Is this the ugliest letterhead ever? Maybe it doesn’t take the cake, but the Church of Scientology of California’s 1976 blue monstrosity is definitely a contender, leaving a tiny amorphous spot of white in which to actually type a message.