Traditional independent meat markets are dying off faster than the products they serve, though these 15 unusual butcher shops somehow managed to make the cut. 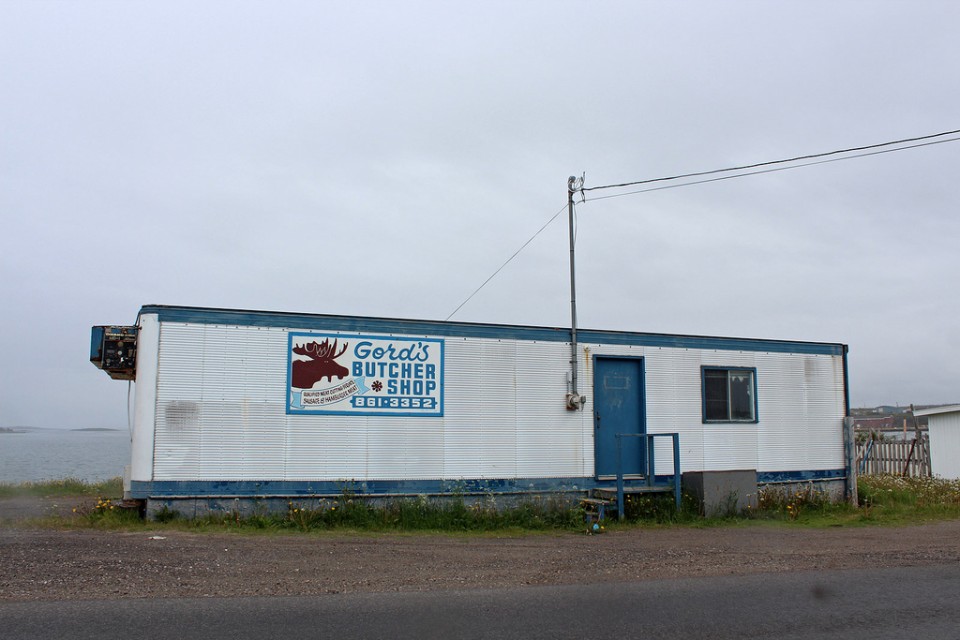 If a møøse ønce bit yøur sister, here’s your chance for revenge… or so it would appear. Gord’s Butcher Shop was run (by Gord, presumably) out of an abandoned trailer in Port au Choix, Newfoundland and Labrador, Canada. The above images taken in January and September of 2012 don’t reveal if Gord really butchered moose (mooses? meeses? whatever!) inside, and we may never know for sure: when Flickr user Oleo snapped the store in 2015 it had lost its power connection. Don’t ye be messin’ wit’ da moose, lord tunderin!

Flickr user Dan Field (FieldDan) came across this curious Granada Hills, CA combination meat/mail market on September 15th of 2007. “Going postal is much easier when you have a meat cleaver,” observes one of the commenters at the photo page… gee thanks, Erik, for that disturbing observation. 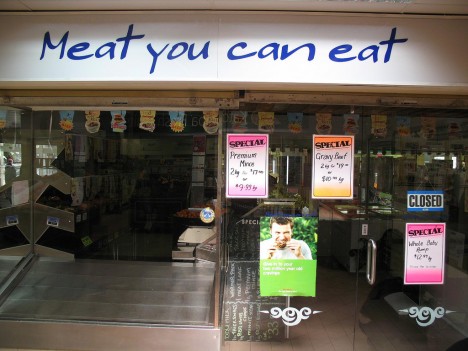 If the sign says Meat You Can Eat, you know you’re not in my kitchen. Flickr user(s) Stig & Lisa snapped this snappily-named meat market on July 27th of 2008 though the shop was closed at the time. As the sign in the window advertises “Whole Baby Rump,” one would hope local child protection services made the closing permanent. 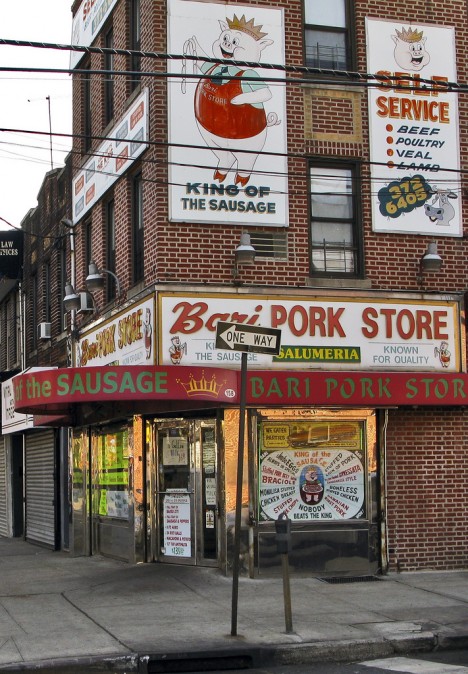 No, Bueller-fans, the Bari PORK STORE is located in Brooklyn, not Chicago. Flickr user Frank Winters snapped the self-styled “King Of The Sausage” on February 16th, 2009. Known For Quality, the Bari PORK STORE offers “self service” (butcher your own hogzilla?), caters parties – sausage parties, most likely – and proudly boasts “Nobody Beats The King”… at least, not in the category of over-the-top store signage. 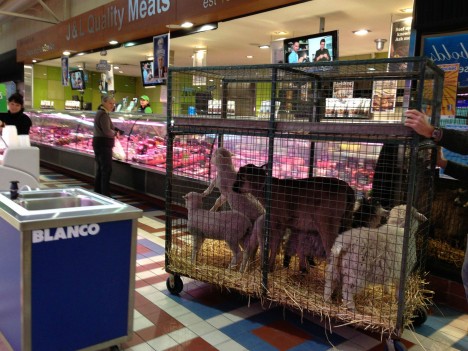 OK, we all know where the packaged meat sold in supermarkets originally comes from but isn’t this a little too close for comfort? Won’t somebody think of the children? Speaking of which, hey little Jimmy, stop petting that rib roast!