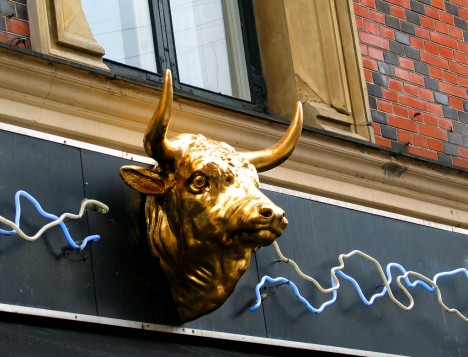 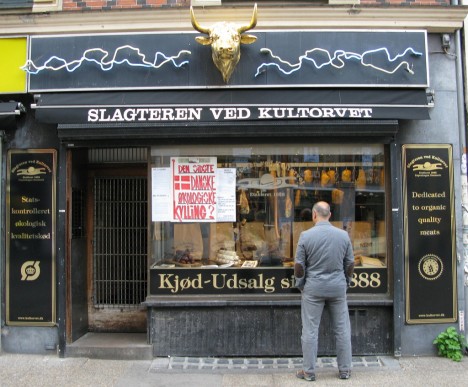 Slagterenhouse Five? Flickr users Birgitte Bindesbøll (biedk) and Marionzetta captured this awe-inspiring Copenhagen, Denmark butcher shop for posterity and your viewing pleasure. Between the 3D golden steer head flanked by neon lightning and a mention of “kylling” on the sign in the window, you just know the Danes take their meat-mongering seriously. The shop’s seemingly harsh name isn’t meant to imbue customers with a sense of shock and awe, by the way: “slagteren” is Danish for “butcher”. The more you know! 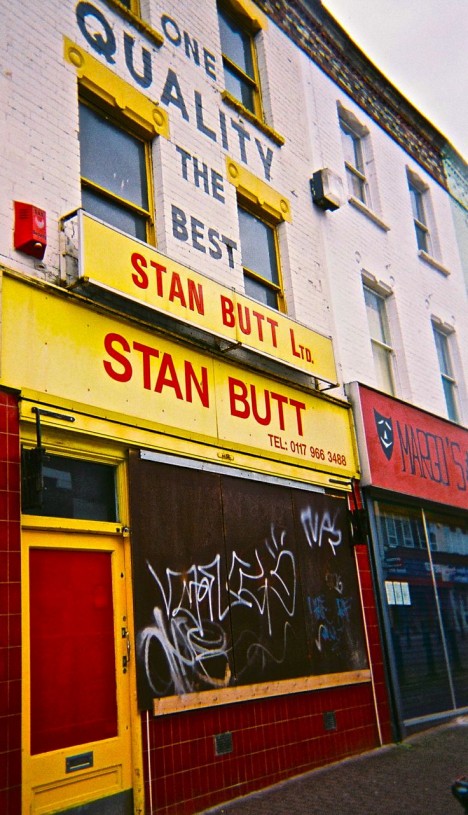 Yo dawg, we heard you wanted some good pork butt so we recommend you buy it at Stan Butt’s butcher shop in Bristol UK, they’ve got “the best” butts even if you can’t stand Stan. But… and it’s a BIG but, Butt’s is busted according to Pinterest user Elizabeth Hotson. Guess this is what “butthurt” means. 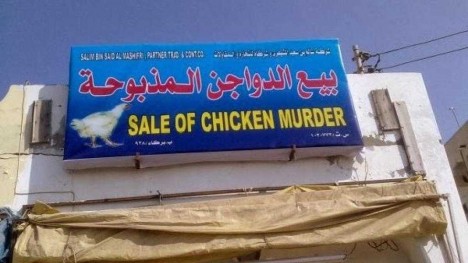 Old and busted: Chinglish. New hotness: Saudinglish! Do The Smiths know about this Saudi Arabian butcher shop engaged in the vending of slaughtered poultry? Better not tell Morrissey, he’s depressed enough as it is. 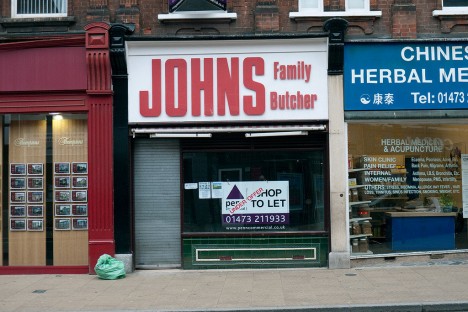 John the Family Butcher… sounds more like a psychotic crazed criminal than a friendly neighborhood meat market… why not both? Flickr user leon S-D (littleweed1950) photographed the Ipswich, UK storefront of the unfortunately named and now closed store on March 13th, 2011.

Lobster: The Other White Meat 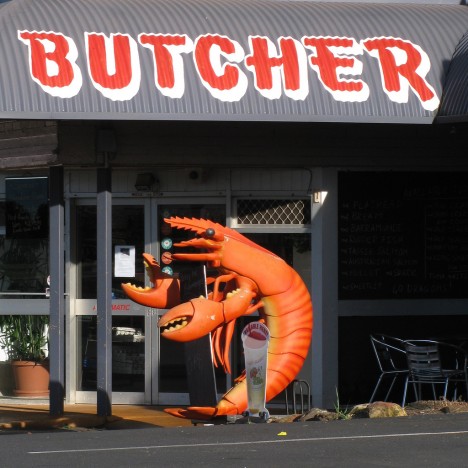 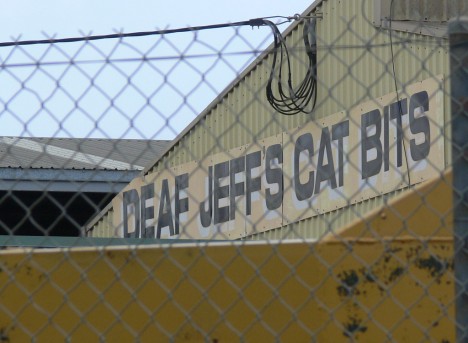 Think smaller, and more legs… OK, Flickr user Zelda Richardson (Foot Slogger) admits “it’s just the angle… the seafood shop is next door!” Whew, that’s a relief though now we’ve got a fierce craving for a Ribwich. Richardson has a knack for snapping odd & interesting signs which she posts in her Notices, Signs, Symbols etc album at Flickr.

One of these is Deaf Jeff’s Cat Bits; thankfully NOT a meat market though admit it, that’s what you were thinking. Lest we leave you wondering and worrying, Jeff (who may or may not be deaf) sells parts for Caterpillar construction equipment in Toowoomba, Australia. Toowoombians had best mind their pets anyway, just in CASE.