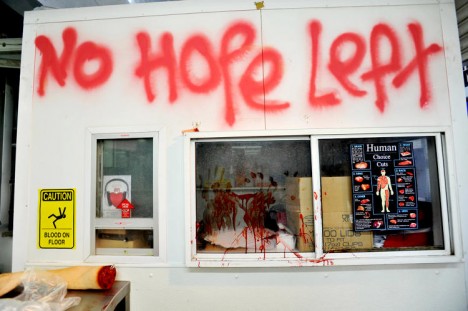 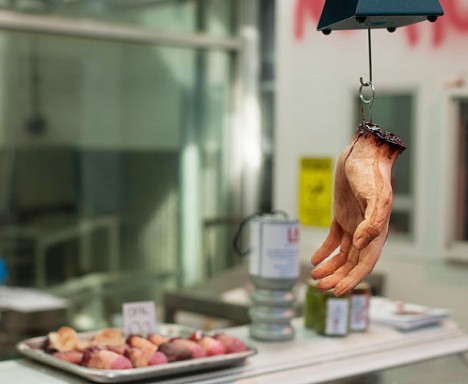 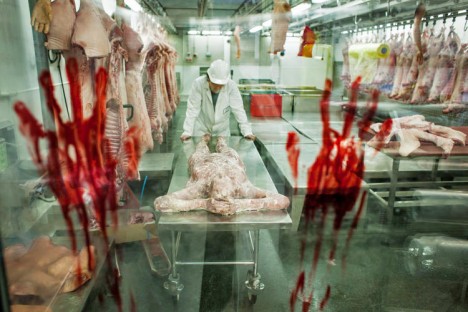 Visitors to London’s Smithfield Meat Market got more than they bargained for the weekend of September 28th, 2012 thanks to a terrifying promotional event staged for the upcoming game Resident Evil 6. Was it really “the grimmest stunt ever” as one passerby observed? Grim indeed for any local Hannibal Lecter wannabes excited at the prospect of stocking up on fresh Long Pork. 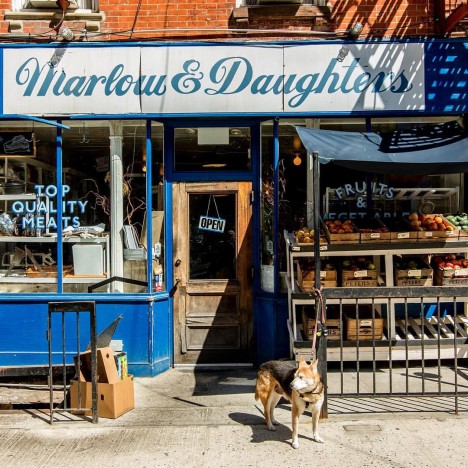 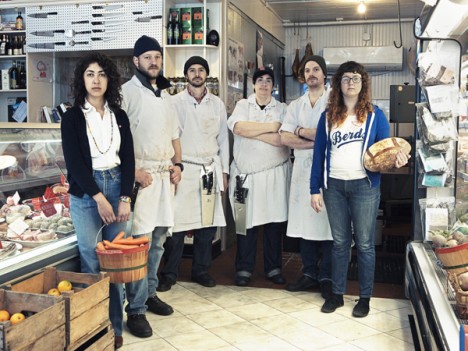 “I don’t mind staying outside of Marlow’s because they do their butchering out in the open,” states Flickr user Cindy {K}, who captured the Williamsburg, NY storefront on October 1st of 2011. Does this mean she enjoys the sight of open-air butchering or seeks to avoid it at all costs? Only Cindy knows for sure. What WE know is that “Marlow & Daughters” sure does stand out – and in a good way – among the multitude of “& Sons” businesses. 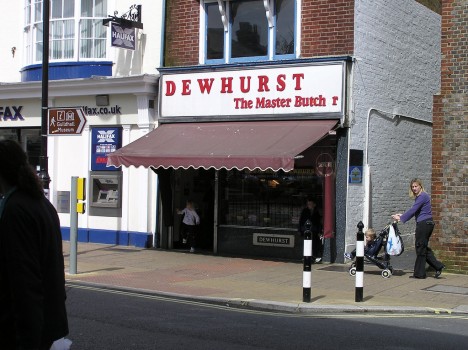 “Dewhurst, The Master Butch r”… obviously the sign’s lost a letter or we’re looking at something slightly kinky – not that there’s anything wrong with that. If kinky’s what you’re looking for, on the other hand (pun intended), try Dewhurst’s fishing-supplies-selling cousin The Master Baiter. Kudos to Flickr user JJ justin who visited the grammatically-challenged meat market on April 19th of 2004: a missing red-letter day by the looks of it. 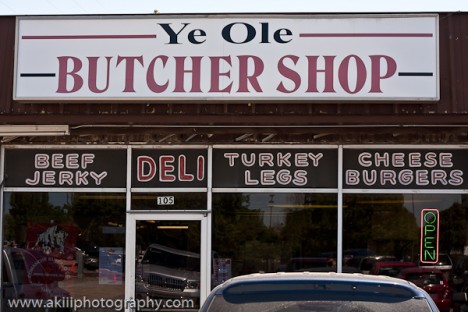 Shouldn’t that be Ye Olde Butcher Shop? Just sayin’… unless of course the steers they’re slicing up inside are “losers” sourced from a bullfighting ring. Mind you, that would be odd considering Ye Ole Butcher Shop is located in Plano, Texas, where Flickr user Alfred Kirst snapped the storefront in April 2009. Curiously, there IS a Ye Ole Butchery but it can be found in Andalucia, Spain… no telling if they employ ex-matadors there but we wouldn’t be surprised if they did. 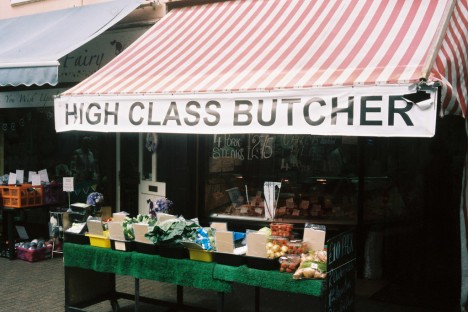 Flickr user Amro (Fitzrovia) snapped the snobby striped storefront of the High Class Butcher shop on August 14th, 2015. “Good job he doesn’t sell hooks,” opined one sassy commenter at the featured photo page, and we won’t argue the point. You’ll find High Class Butcher in Southport, a seaside town in northwest England. If you’re in the market for meet instead of meat, however, you might find it loitering around a nearby streetcorner.