Like a giant work of long-term land art, a pair of eerily precie circles can be seen over Miyazaki, Japan, made up of cedars planted a half-century ago. As it turns out, though, this was not aesthetic in intent, but scientific: the trees were carefully arrayed to test out a botanical theory. 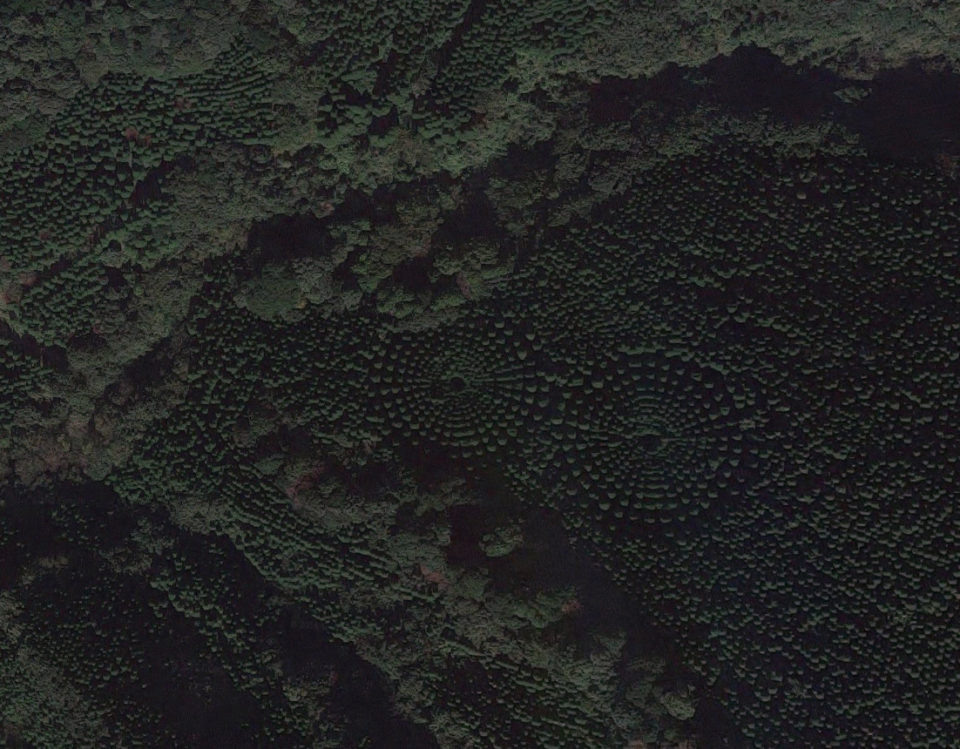 Specifically, Japan’s Ministry of Agriculture, Forestry and Fisheries secured land in the mid-1970s to create this experimental forest to determine how tree spaces would impact growth speed and height. Trees were planted at ten-degree increments to create ten concentric circles – the closer to the center, the naturally tighter-packed they were, hence the geometry of the results. 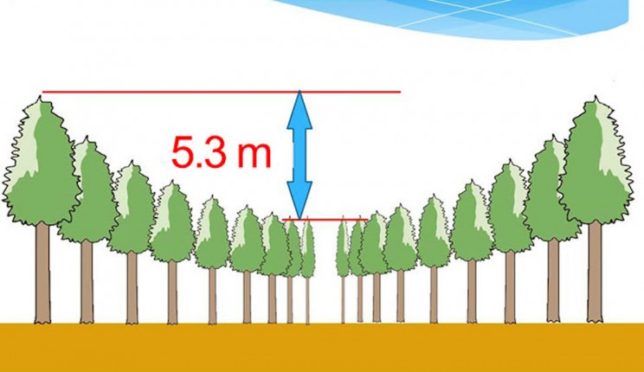 And it turns out tree growth is shaped by proximity, so the trees toward the outer rings grew taller, resulting in an overall graduating shape from the lower trees in thee center, which makes the result look even more designed for effect rather than science. The trees were to be cut down after the experiment, but upon seeing the results, officials may preserve them as works at the intersection of art and research.