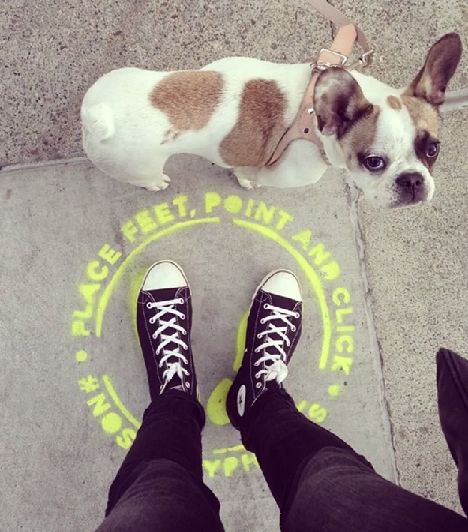 Urban travelers love taking pictures, but ideal angles are not always obvious to visitors – many ultimately either stand in same hard-to-find spot or fail to take an interesting photograph altogether. 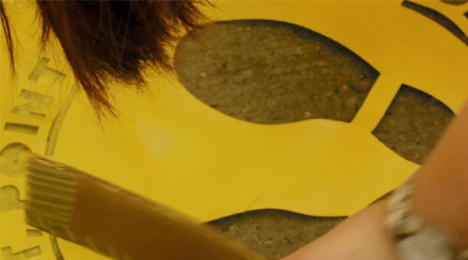 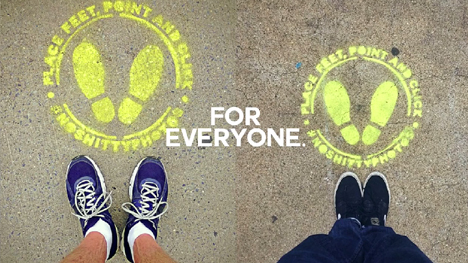 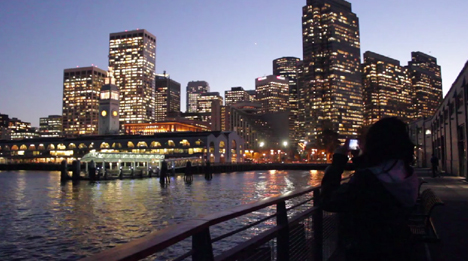 That’s where Mimi Chan and Utsavi Jhaveri step in, spray-painting a set of shoe prints around cities. These markings in turn tell people where to place their feet, point and click to capture the ‘perfect’ (if a bit redundant) image of a given monument or sight. 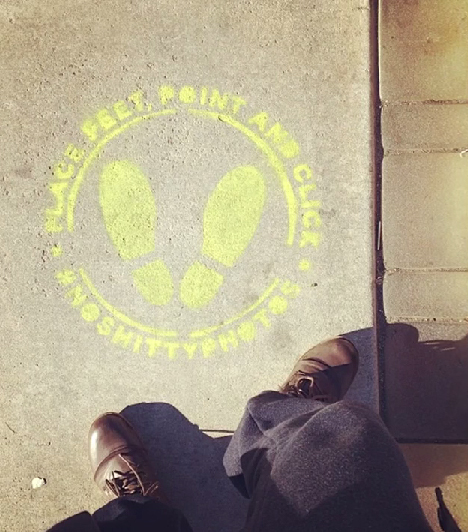 Starting with San Francisco and New York City, the pair found some of the project upsides included: having an excuse to wander cities (especially after dark), getting external sponsorship to cover expenses and ultimately being thanked by tourists who genuinely appreciated being told how and where to take a better picture – all that and increasingly copious press coverage, of course. 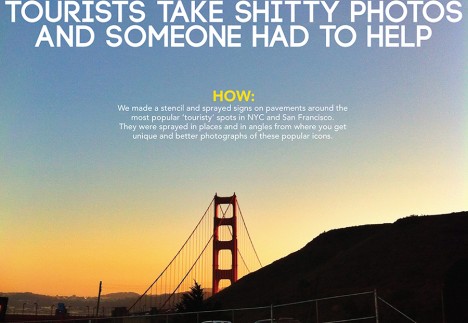 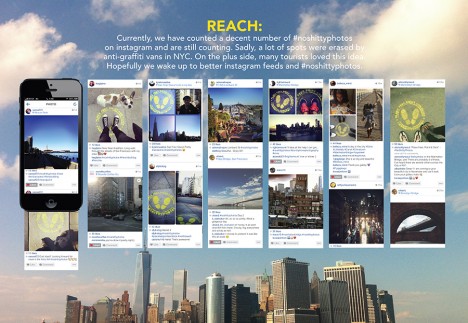 Overtly, the #noshittyphotos project is aimed at reducing poor photography via these cookie-cutter stencils, but of course it makes you wonder: does the world really need more photos taking from the same angle of the same thing? What is it about retaking the same shot that attracts people to documenting something over and over again? Does it help us remember or is it simply a way to lay our own small claim to having seen something?