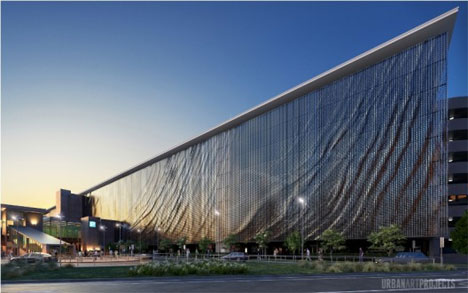 Undulating water is an immensely soothing and calming sight. That’s why many urban planners incorporate water features into city centers, whether in the form of fountains, lakes or ponds. But international design studio Urban Art Projects wants to put the soothing effects of water into an unlikely place: the side of Brisbane, Australia’s airport car park. 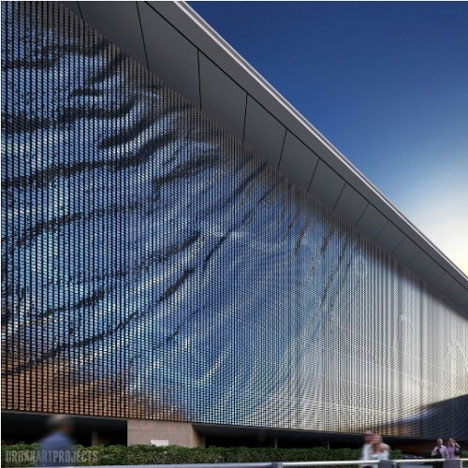 The amazing large-scale project is being developed with artist Ned Kahn. The project is called a “kinetic wall,” and it will essentially be an eight-story-tall public art installation. Seen from the outside, the installation will look like a vertical body of water, complete with gentle waves and natural movement. From the inside of the building, the movement of the facade will create beautiful patterns in sunlight on the interior surfaces.

The effect is created with 250,000 aluminum panels which are loosely suspended so as to move gently with the wind. The huge kinetic artwork captures the ever-changing movement of the wind in a graceful way that also happens to be naturally calming. Maybe the road rage that results from trying to fight your way out of a crowded parking garage will be lessened by the smoothly rippling panels that look eerily like a displaced lake. 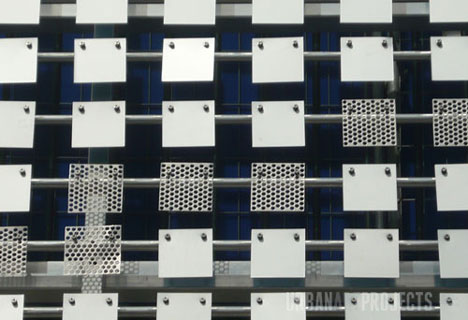 But this wonderful art project isn’t just about making a boring building more interesting. It will also help provide passive cooling and ventilation for the car park, cutting down on energy costs and keeping the building more comfortable all year long. The new parking garage, complete with the unique facade, will be completed in late 2011.

See More in Architecture (or: Art)