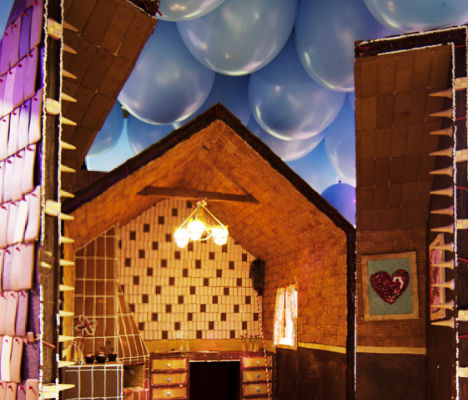 Imagine walking through a house made of waffles and gingerbread, plucking marshmallows and bourbon biscuits from the walls, gazing in amazement at rivers of frosting carrying colorful cupcakes. No, you’re not dreaming about Willy Wonka’s Chocolate Factory again – you’re one of the lucky ducks experiencing the Giant Edible Gingerbread House, an installation at the Brunswick Gallery in London. 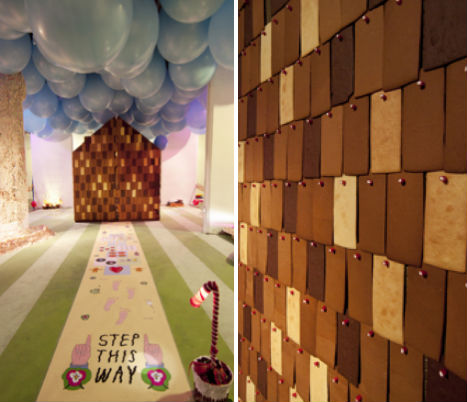 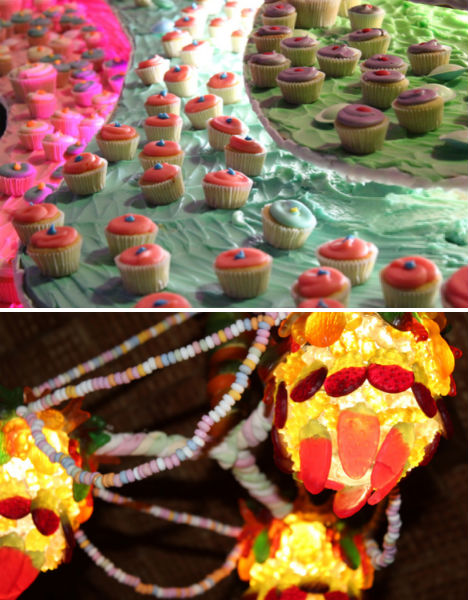 There’s a sky of balloons, meringue clouds, a popcorn-popping chimney, a marshmallow marsh and a chandelier made of candied fruit. The exterior walls of the house were shingled in over 2500 tiles made of gingerbread, vanilla shortbread and chocolate shortbread. 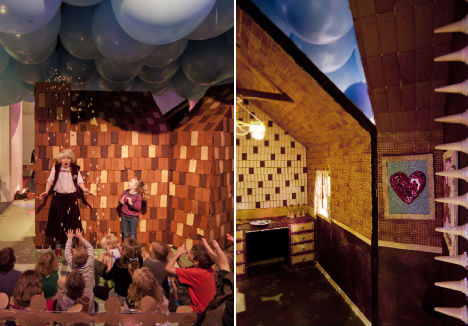 And yes, all of the wonders in this incredible little house really were edible; the house was consumed over three days by a thousand children and their equally excited parents. When the house was near to collapsing, it was dismantled and used as compost to grow apple trees. 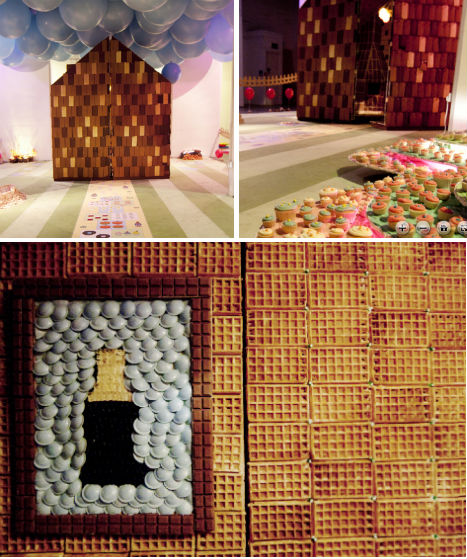 The Giant Edible Gingerbread House was commissioned by The Brunswick Center on behalf of Great Ormond Street Hospital, designed and built by the architecture firm Alma-nac. It was on display in July of 2011.