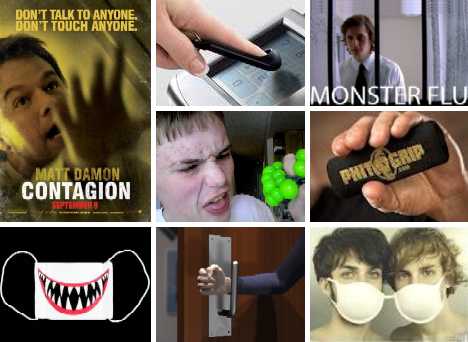 Computer viruses aren’t the only infections you have to worry about, especially if you’re a geek, gamer and/or gadgeteer who lives in the scary, paranoid land of germaphobia. These 10 neat gadgets target both germaphobic geeks and the evil nano-beasties that torment them. 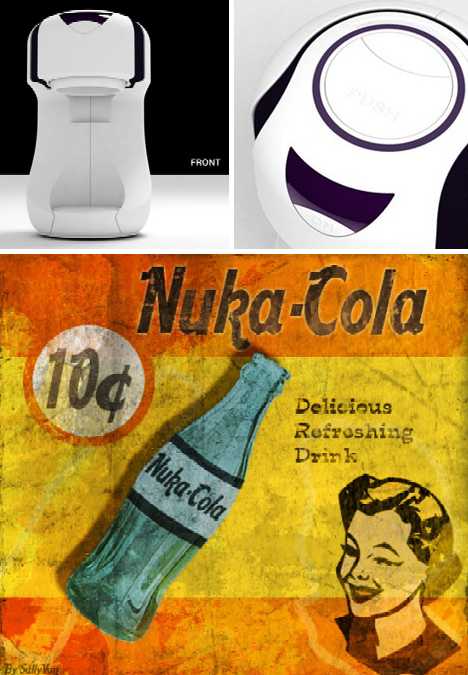 (images via: Switched and Nuka-Cola.com)

These pixels are making me thirsty! Join the club, friend, and crack open a cold one for yourself as well… but not before you annihilate any unseen pathogens that might be (ha!) lurking on the can. Leon Peng designed The Cole Cleaner just for you paranoid drinkers who can’t be bothered to go upstairs and get a glass from the kitchen. 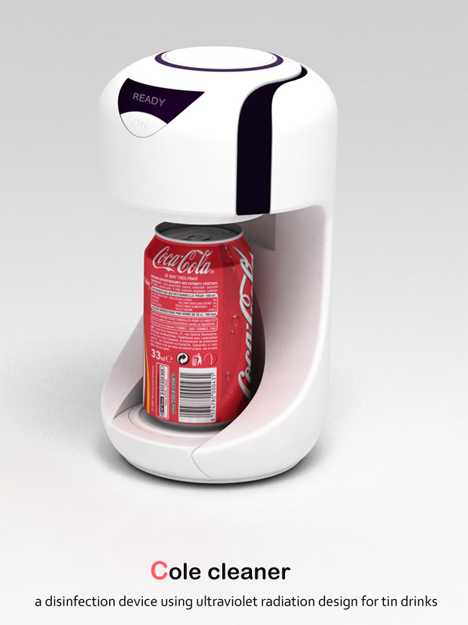 The Cole Cleaner’s mission is to make the world safe from unwanted bacteria, one can at a time. Install your aluminum-encased beverage of choice into Peng’s sterilizer and watch (not too closely) your can get blasted wuth UV radiation, rendering it free from infectious organisms. Too bad it’s now going to touch your biohazard of a mouth. 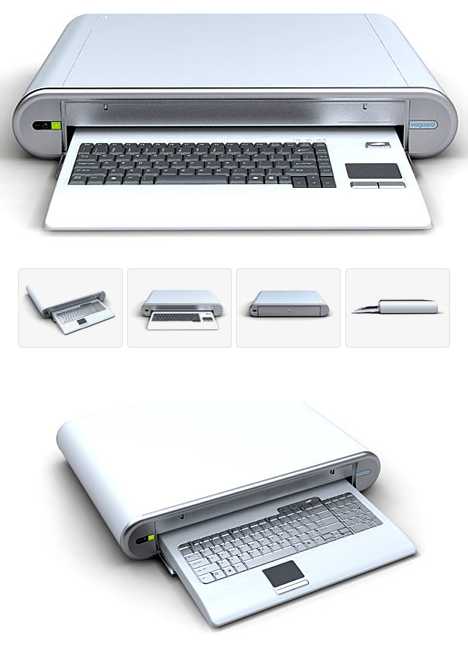 (images via: Vioguard.com and Geekwire)

It’s hard to imagine any piece of computer hardware that’s touched more than one’s keyboard – to use it is to touch it, basically. Wouldn’t it be nice to start each working (or playing) day with a brand new, clean-as-a-whistle keyboard? Now there’s the next best thing: the Vioguard™ Self-Sanitizing Computer Keyboard. 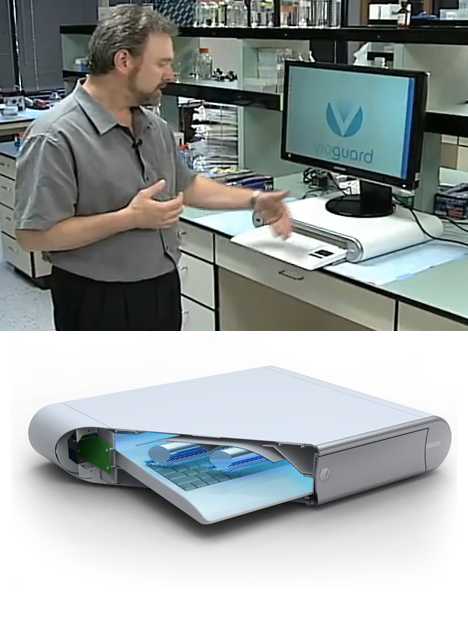 (images via: Vivalageek and InventorSpot)

The Vioguard Self-Sanitizing Keyboard is a self-disinfecting computer keyboard slides back into a specially designed sheaf after using, where germicidal UV-C ultraviolet light beams its way into those tiny nooks and crannies where infectious germs hide. It only takes a few seconds to eliminate those harmful microorganisms it took hours for you to put there. 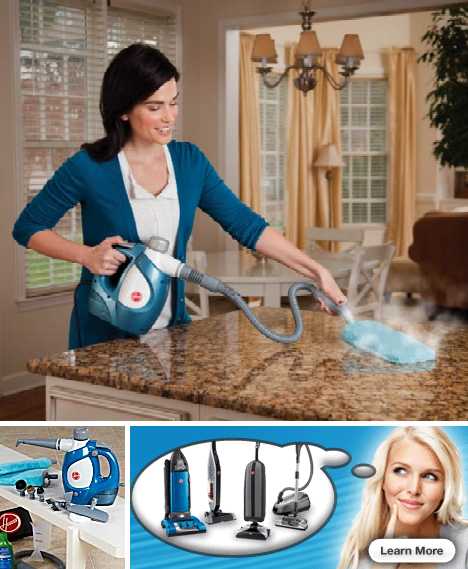 (images via: Amazon.com, HSN and Hoover.com)

“Give me steam, and how you feel to make it real, real as any place you’ve been…” That was Peter Gabriel, a dude who knows a bit about steam and what it can do for you, your desktop, your filthy electronic devices and the rest of your grubby lifestyle. 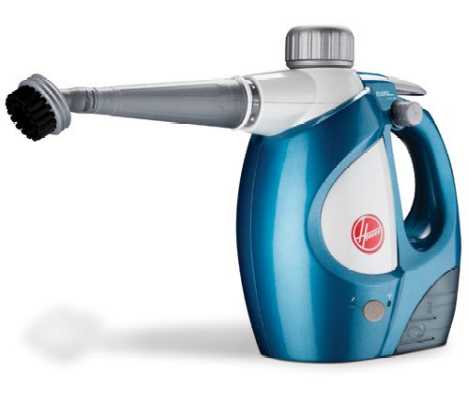 UV is cool and all, but when heat (203°F heat, to be exact) is required to wipe out viruses and mold as well as stubborn bacteria like E. Coli and Staphylococcus, the Hoover Handheld Disinfectant Steam Cleaner comes into its own. This handy device heats up in just 3 minutes and comes with two steam nozzles and a window squeegee… for cleaning windows, not Windows. 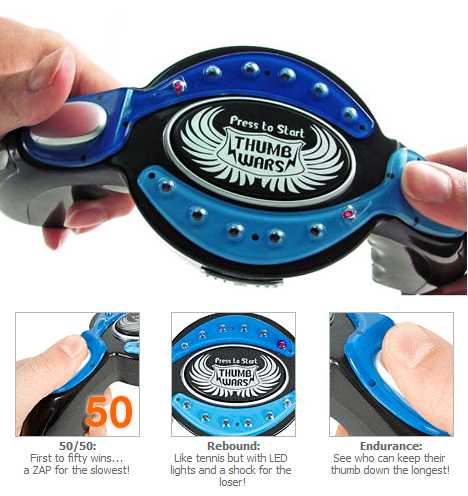 (images via: Firebox and Deviltronics)

Back in the days when kids walked 3 miles to school and back through raging blizzards and fashionable men wore onions on their belts, which was the style at the time, Thumb Wars was the game of games! Nowadays, however, no young OCD-afflicted whippersnapper wants to touch some other young OCD-afflicted whippersnapper’s thumb… and that’s why we have Shocking Thumb Wars. 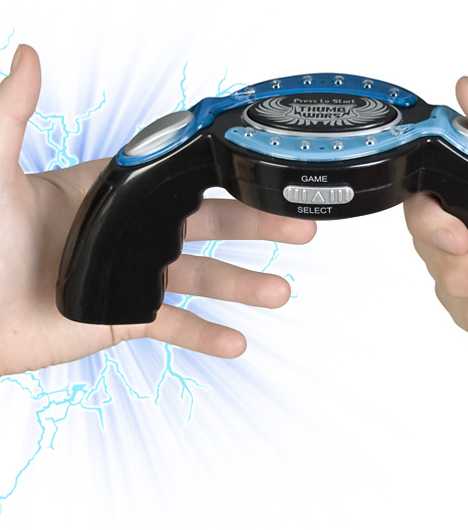 Shocking Thumb Wars removes the actual hands-on warring of actual germ-infested thumbs in favor of digitized thumb-operated games titled 50/50, Rebound and Endurance. The latter variation is reminiscent of those weird CIA experiments in which some test subjects were allowed to shock other test subjects and were found to enjoy it. This is pretty much the home version. 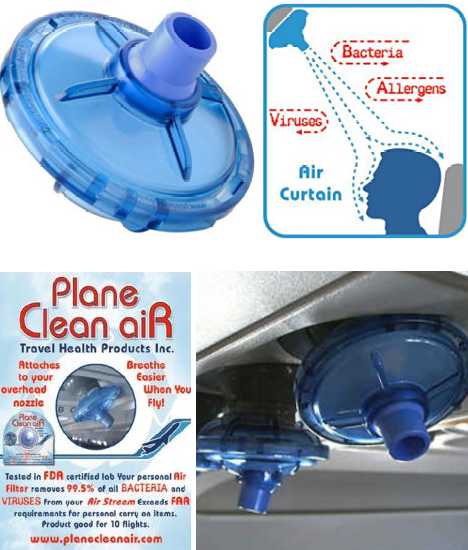 Germophobic types often have a fear of flying that has nothing to do with the plane crashing: it’s the air they’re worried about. Scaremongering headlines about supposedly sickness-inducing recycled air have got folks reaching for their… Plane Clean Air Filters! 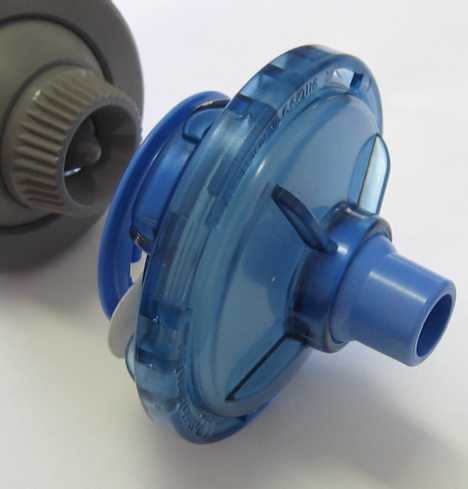 (image via: Allergy One)

Just snap on of these blue babies over on of the the overhead air nozzles (also known as a “gasper nozzle”) and rest comfortably knowing the Plane Clean Air Filter is busily removing more than 99.5% of the airborne visuses, bacteria, allergens and other particulate matter from the air stream. AS for your cabin-mates, they’ll be slightly less comfortable as they wonder what the heck that blue thing is stuck to the overhead console.