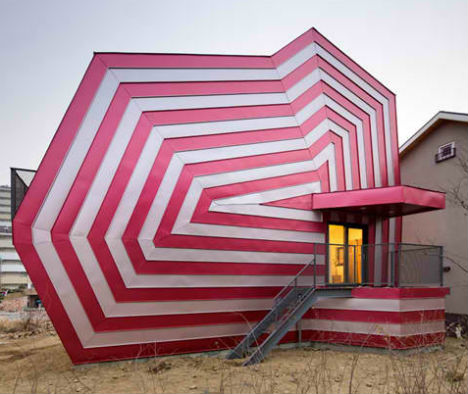 Standing out as comically absurd in a cityscape of unremarkable beige buildings, the Lollipop House by architect Moon Hoon is absolutely one-of-a-kind. With its odd shape and nearly windowless facade, the home in Giheung-Gu, South Korea can seem a bit impractical, but the interior is surprisingly bright and welcoming. 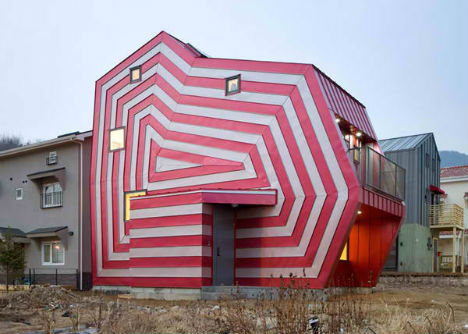 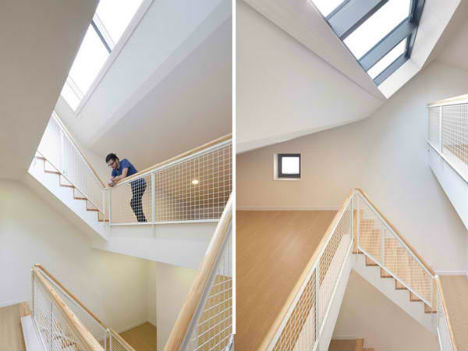 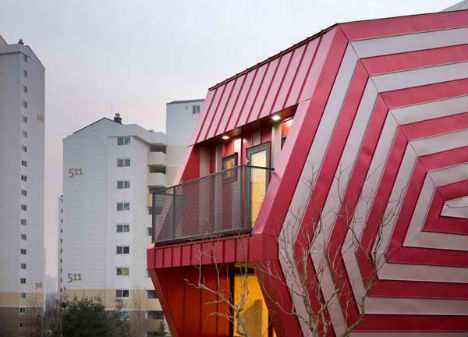 Though it looks no more than two stories from the outside, the Lollipop House contains no less than seven staggered levels from the kitchen on the first floor to various living areas, bedrooms, an attic playroom and even an upper level AV room. 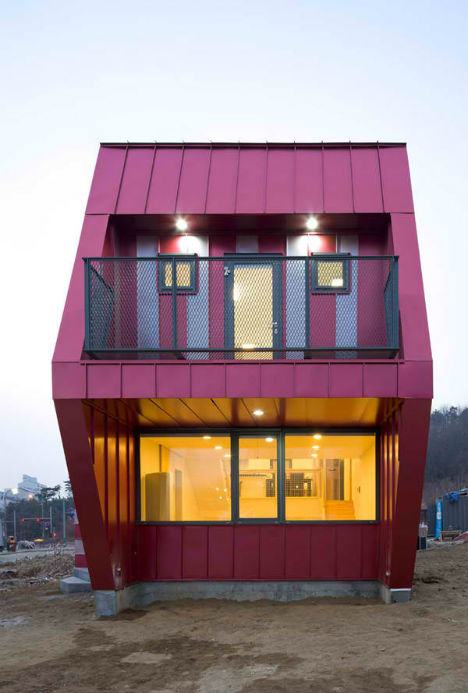 According to Inhabitat, Moon Hoon used timber and metal rather than the concrete construction that is standard in South Korea, and metals that are easily recyclable and more affordable. The house has a radiant floor heating system, and the central staircase leads up to a large skylight that fills the home with energy-efficient daylighting.