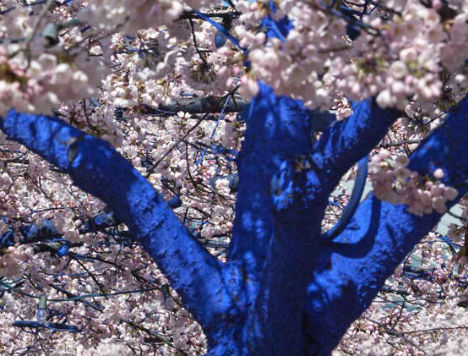 Nature lovers making their way through Seattle’s Westlake Park or taking a leisurely stroll along the Burke-Gilman Trail are likely stopping, staring and scratching their heads at this very moment. Gazing up at the honey locusts and birches, they might wonder, “Am I imagining this?” No. Those trees really are blue. 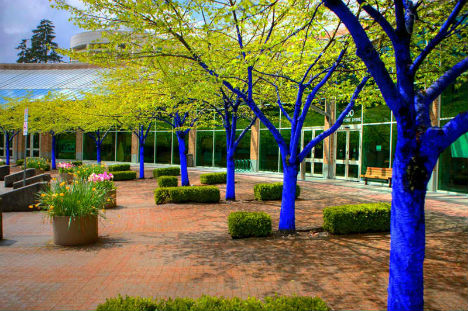 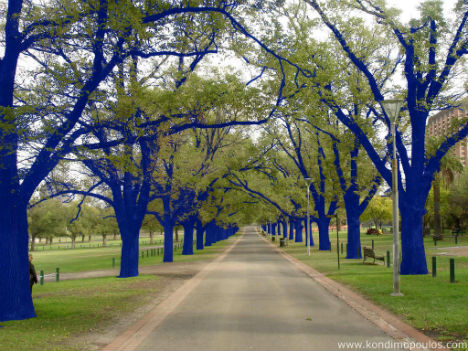 Artist Konstantin Dimopoulos paints trees with a ‘biologically safe pigmented water’ to make a statement about how important trees are to our survival. The color will naturally degrade over a period of months. Seattle’s trees turned color on April 2nd, 2012, and will likely remain that way through the summer. 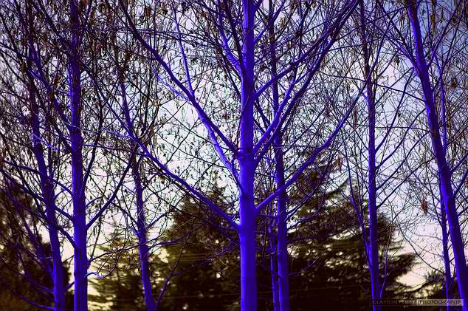 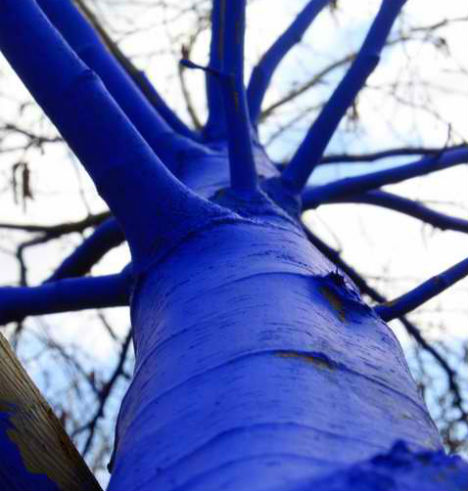 Dimopoulos previously gave trees the Smurf treatment for the 2011 Vancouver Biennale. Other locations have included Richmond, Virginia and Melbourne in the artist’s home country of Australia. Seattle’s 4Culture organization, which is backing the project, says that it’s meant to “inspire discussion and action around deforestation issues.” 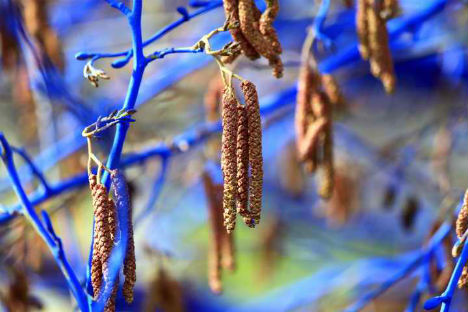 “Colour is a powerful stimulant, a means of altering perception and defining space and time,” says Dimopoulos. “The fact that blue is a colour that is not naturally identified with trees suggests to the viewer that something unusual, something out of the ordinary has happened. It becomes a magical transformation. In nature colour is used both as a defensive mechanism, a means of protection, and as a mechanism to attract. The Blue Trees attempts to waken a similar response from viewers. It is within this context that the blue denotes sacredness, something reverential.”