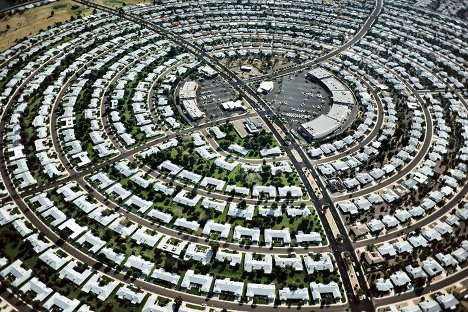 Have you ever looked out of an airplane window and been completely mesmerized by the world below? From way up there in the sky, the world looks completely different and wonderfully abstract. Objects take on a kind of magical quality when viewed from this unusual perspective…and that’s exactly what drove photographer Alex MacLean to get a pilot’s license and take to the sky. 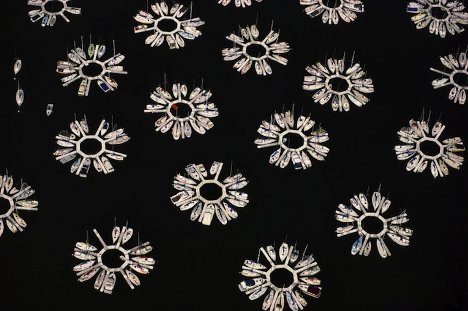 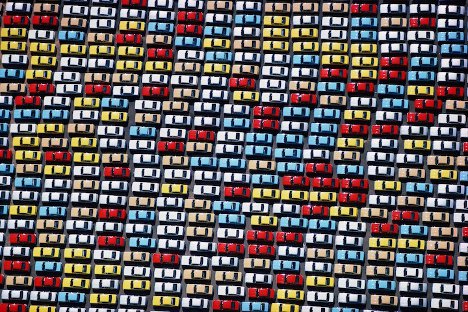 (all images via: My Modern Met)

While taking a community planning course in the midst of his architecture degree program, Alex MacLean was introduced to aerial photography. This introduction would turn out to be a fateful one. 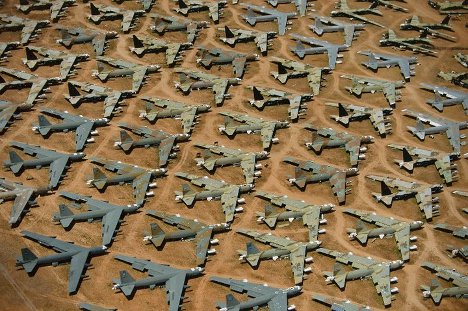 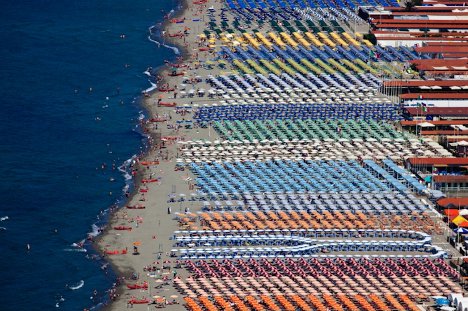 After graduation, MacLean earned his pilot’s license and began flying on his own. From his unique vantage point, he began to see patterns emerging in the most mundane places. He started shooting pictures of those patterns through his airplane’s window. 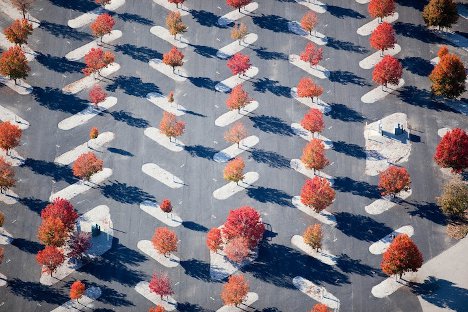 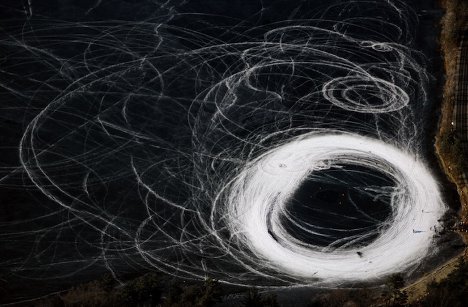 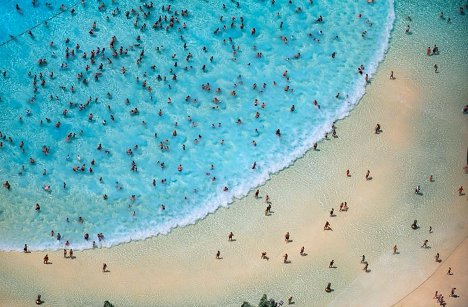 From tidy rows of airplanes to claustrophobic mish-mashes of old cars, MacLean’s lens captures some of the most unforgettable aerial photography ever. 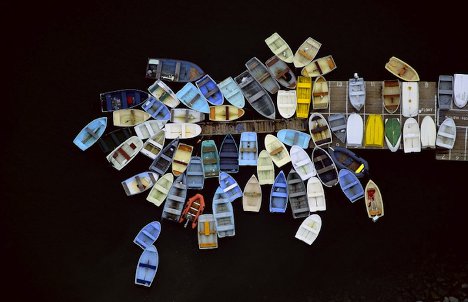 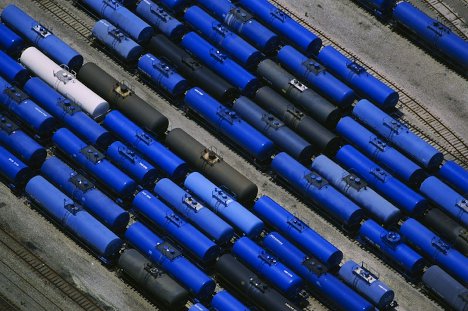 The items in the photos are removed from their ordinary contexts and framed in an entirely new way, giving them previously-unexplored qualities and making them seem extraordinary. 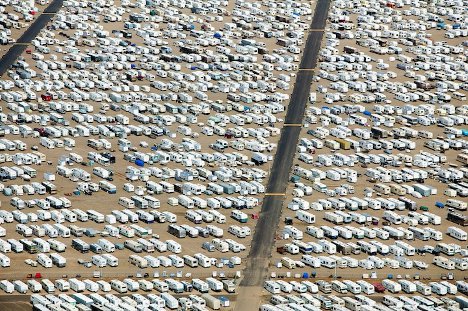 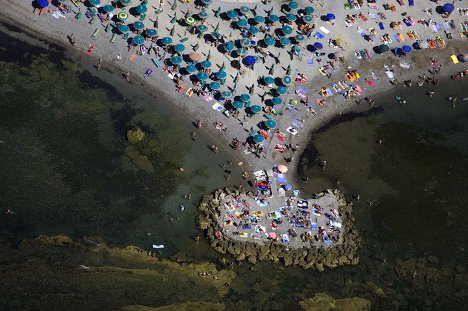 Some of the scenes inspire curiosity – others are simply baffling. Why so many RVs in one place? How are the tightly-packed cars going to move? Do the people at the beach realize they are being watched? 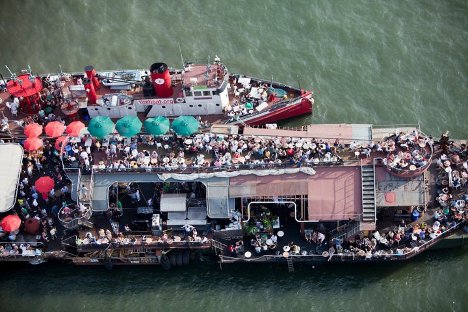 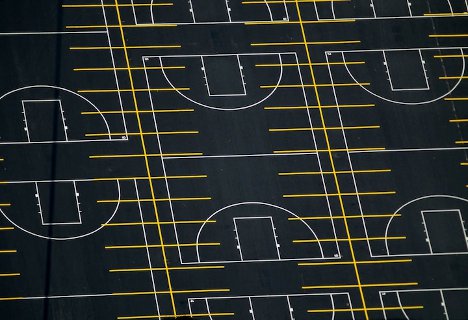 Like a flying Google Street View camera, MacLean’s lens captures the everyday-turned-extraordinary. When you step back from the daily shuffle, things seem more orderly, even more meaningful. There are unexpected patterns and order in everything. 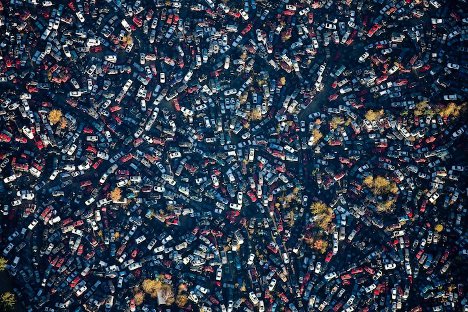 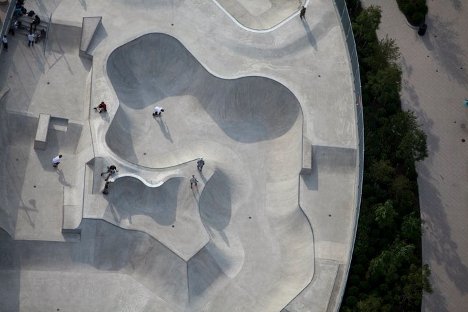 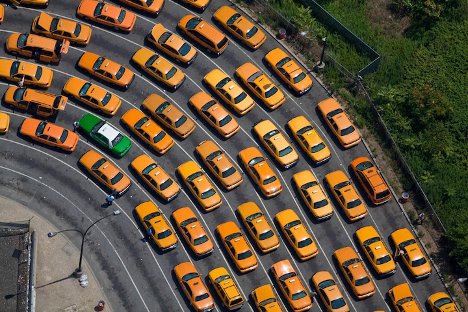 In a way, these photographs are humbling reminders of just how much happens in the world that is outside of our personal bubbles. Sometimes it is neat and tidy, other times it is chaotic and puzzling. But there is so much out there to see. 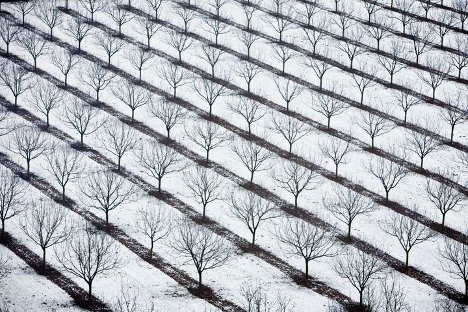 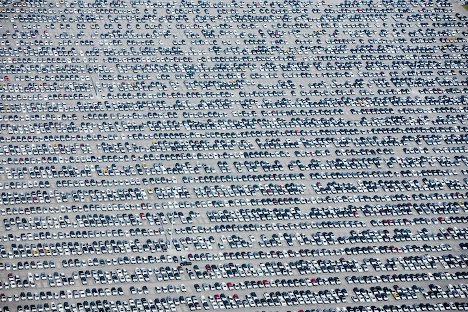 Taking this line of thinking one step further, perhaps everything in life looks different from further away. Maybe we can count these pattern-filled portraits as a lesson in stepping back to gain a new perspective.