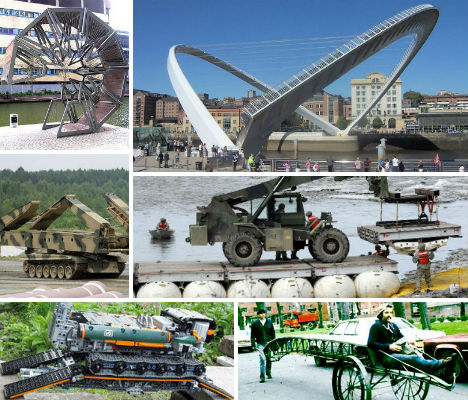 While other bridges just go up and down or stay stationary, these 12 remarkable structures unfurl, tilt, rotate, drop down below the surface of the water and even lay and remove bridges at the push of a button – and then zoom away. These architectural feats include both innovative land-based bridges that move and jaw-dropping mobile military bridge vehicles. 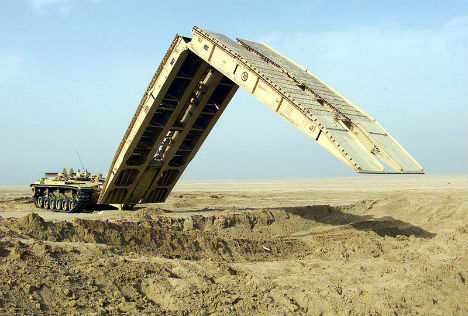 Armed forces advance across uneven terrain, suddenly coming upon a chasm that their vehicles just can’t cross. What to do? Deploy the awesome M60A1, a vehicle-launched mobile bridge that can span nearly 60 feet. This folding portable bridge is transported by a tank and scissors out to its full length with the help of a hydraulic system. 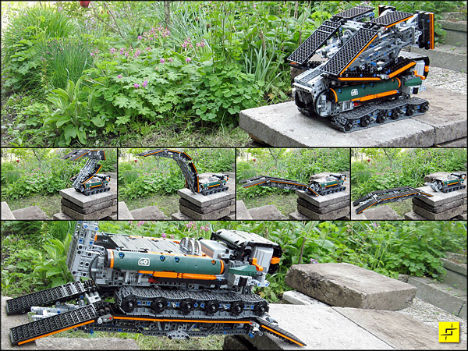 A custom LEGO vehicle by Peer Kreuger called the Stilzkin EXT3 Bridge Launcher mimics real military designs like the MTU-72. It first deploys a bridge that it carries on its back, arching it across a chasm; then it crosses the bridge and moves aside so other vehicles can pass. The bridge is then retracted and re-loaded. 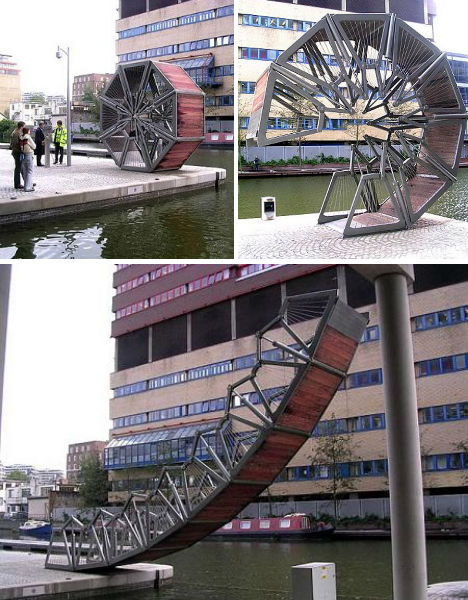 Unfurling gracefully from a wheel-like octagon to a flat, usable bridge, this elegant creation by designer Thomas Heatherwick was installed at London’s Paddington Basin in 2004. The eight hinged sections include hydraulic cylinders concealed in vertical posts; the bridge curls until its two ends join to let boats pass. 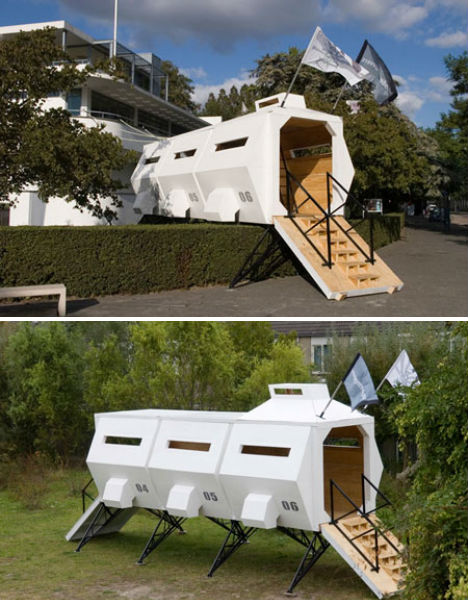 Why do something so simple and boring as cutting a hole through a hedge for a passage, when you could build a temporary portable bridge instead? Bruggenhoofd Chabot was also, unsurprisingly, based on armored military vehicles; it created a shortcut from the street to the garden of the Chabot Museum in Rotterdam. 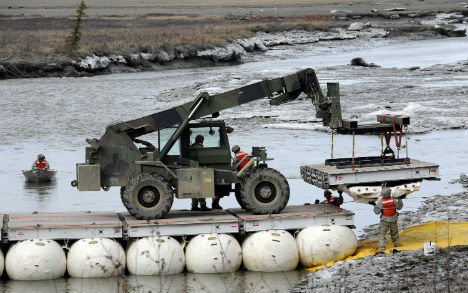 What’s the military to do when a gap is just too broad to span with a conventional bridge vehicle? Inflate a bunch of balls and top them with sections of road, of course. The Lightweight Modular Causeway System was first tested in 2010 and may be used for earthquake response when other structures are damaged. 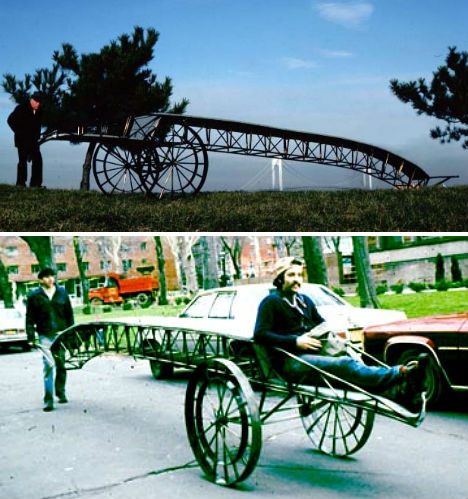 Sculptor Helene Brandt produces designs heavily inspired by urban architecture, and bridges in particular. The Portable Bridge, completed in 1983, calls to mind a Victorian version of today’s mobile bridge vehicles, with two rolling wheels and a long extension that can function as a walkway over water. 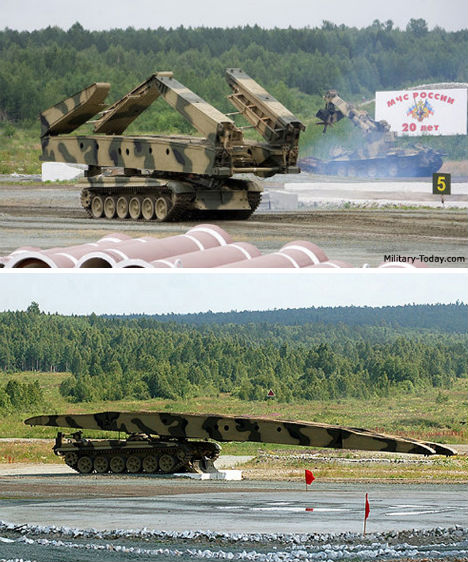 Trenches and water obstacles won’t stop the MTU-72, an armored bridgelayer introduced by the Soviet Army in 1974. Based on a medium-sized battle tank, this design folds out a horizontal cantilevered bridge, as opposed to a vertical bridge that could easily be spotted by the enemy from far away. It can span a gap of nearly 60 feet and takes just 3 minutes to deploy.

Swing Bridge on the River Tyne 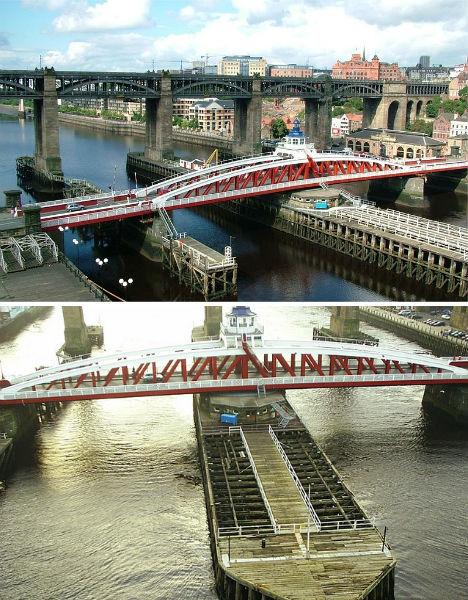 Rather than pulling up vertically, like most bascule-style drawbridges, the Swing Bridge over the River Tyne in England rotates from its position spanning the river into a vertical position on its own artificial concrete island, allowing boats to pass on either side.  There are many similar swing bridges in use throughout the world, including Government Bridge across the Mississippi River and the Pyrmont Bridge of Sydney, Australia. 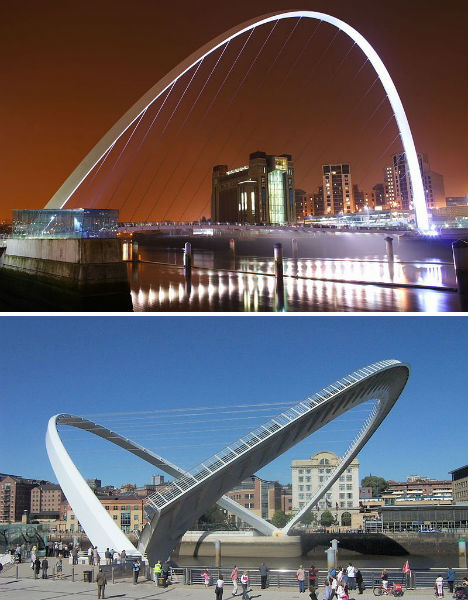 When lowered, the Gateshead Millennium on the River Tyne in England features a curving span for pedestrians and cyclists, supported by cables running from an arch overhead. But when it needs to move aside in order to let ships and boats up to 82 feet tall to pas beneath it, it rotates 40 degrees, taking just about 4.5 minutes to reach its full extension. It’s been nicknamed the “Blinking Eye Bridge” for its appearance during this maneuver.

Let’s just say that a really, really, unbelievably tall ship needs to pass through a waterway. So tall, that a traditional drawbridge just wouldn’t cut it. A submersible bridge, like the Corinth and Isthmia Bridges that cross the Corinth Canal in Greece, actually drops down over 26 feet beneath the surface of the water so that boats can pass over rather than under the deck. 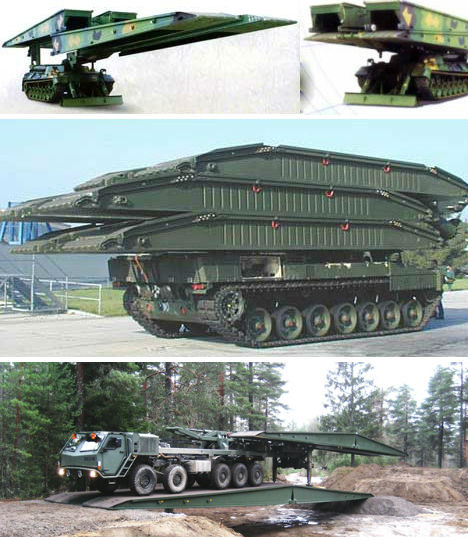 Insanely long, the LEGUAN Armored Vehicle-Launched Bridge can span up to 85 feet, and multiple units can be used to create even longer tandem bridging. It’s fully automatic with electronic controls and it takes just a single operator to lay the bridges in less than five minutes. With a few pieces of extra equipment, it can even be turned into a ferry. 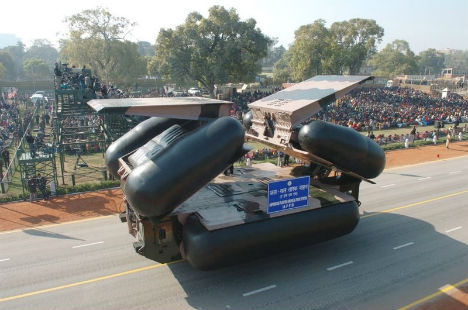 Other military bridgelayers have to deploy their bridges and then cross them with their own vehicles to get to the other side, but what if they could just zoom right into a body of water? This floating bridge developed by the Indian army can travel on land or in water, using massive flotation devices to keep it aloft so that other vehicles can cross.