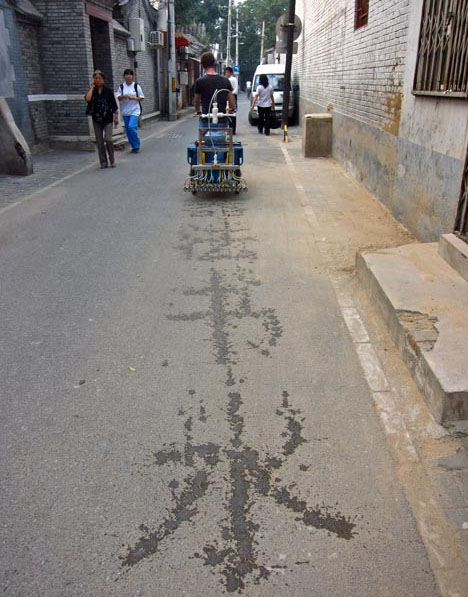 Nicholas Hanna is a Canadian artist who has poured new life into a traditional art form, turning a tricycle into a means of rapidly deploying Chinese characters in liquid form. Like disappearing ink, the intentionally ephemeral work also vanishes in the artist’s wake. 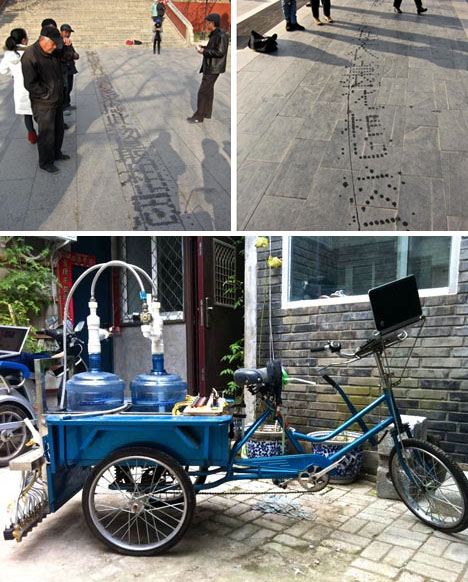 On a recent trip to China, this particular WebUrbanist author had the privilege of watching an old street artist at work – the elderly man in question bent down, touched brush to pavement, and traced out letters that dried slowly behind him. In a few more years, he might need something like this newfangled contraption just to continue his work. 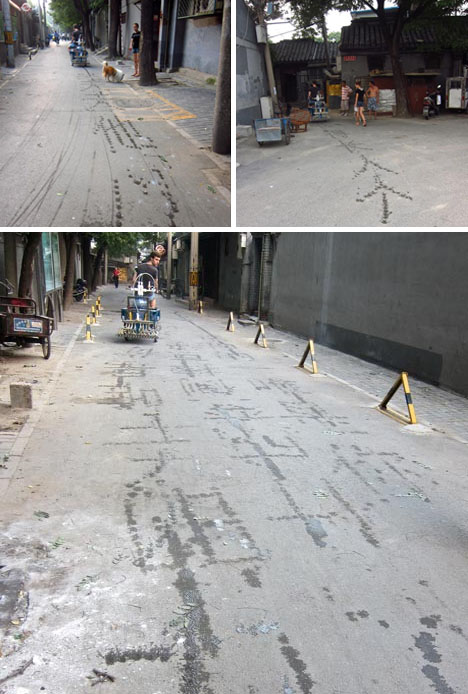 A computer poised on the front of the bike (or trike) lets the rider and author type out their message on the go, while digitally-controlled water bottle valves behind deploy it on the pavement. 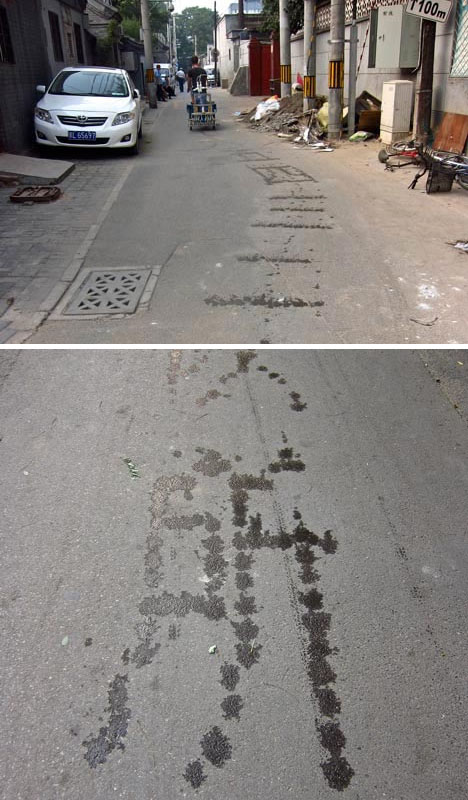 The resulting calligraphy may lose a little of the artistic nuance, but reflect a meeting of classical techniques and the digital age in a medium that someone realized might be ripe for a new chapter.