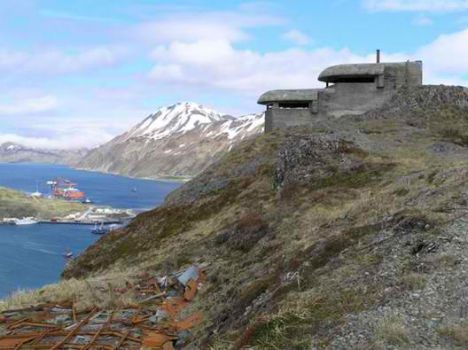 Perched on jagged peaks in one of the most remote regions of the United States, the decaying Dutch Harbor Bunkers have sat silent and empty for over six decades. Their solid concrete forms blend into the crumbling rock around them, a reminder of the history of the Aleutian Islands Campaign in which the U.S. military struggled to regain control of these Alaskan outposts. 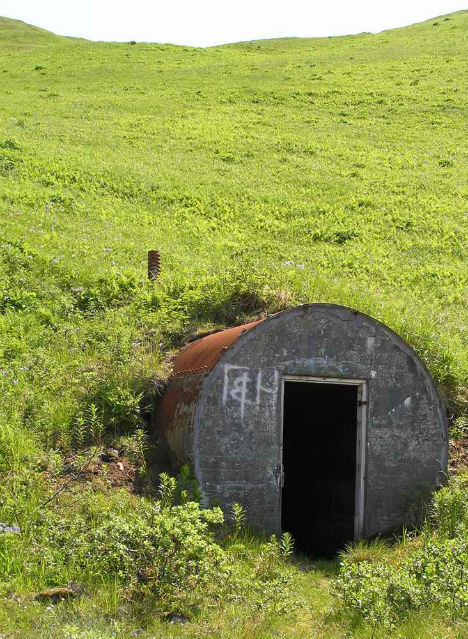 During World War II, some areas of the Aleutian Islands, including Attu and Kiska, were occupied by the Japanese. Over 100 bunkers and lookouts were built by the American military to secure the Dutch Harbor Naval Operating Base, mostly at Ulatka Head on Mount Ballyhoo. The bunkers are 897 feet above sea level, making them the highest coastal defense stations in the United States. 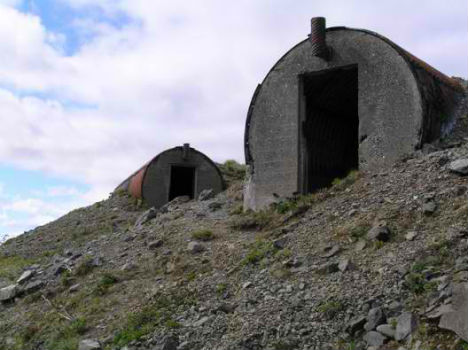 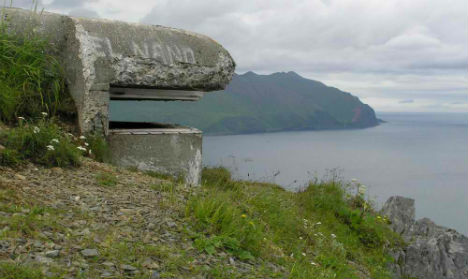 The Aleutian Islands are situated between the Pacific Ocean and the Bering Sea, and its native people – the Unangan – have lived there for over 9,000 years. The islands form an arc of active and inactive volcanoes making up part of the ‘Pacific Ring of Fire’. 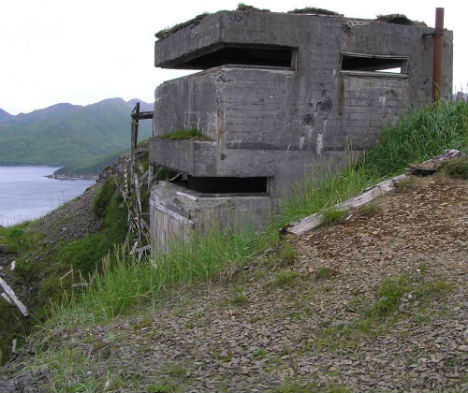 While the International Port of Dutch Harbor is America’s busiest fishing port, featured frequently on the Discovery Channel’s reality show ‘The Deadliest Catch’, the landscape is still mostly untouched and the bunkers remain among the most notable architectural features in the area.