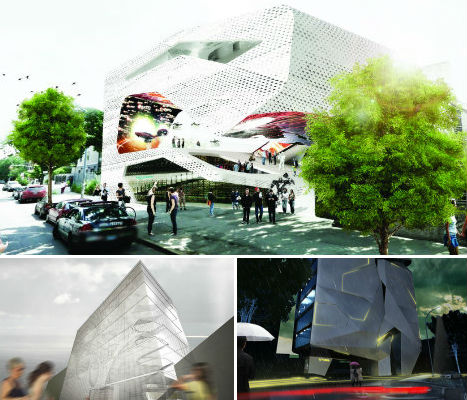 What should an innovation space for work in robotics look like? The winners of the Robot Workshop competition by suckerPUNCH have illustrated incredible ideas that leave no doubt as to the cutting-edge nature of what takes place inside. The top 3 submissions to the contest each have a unique and futuristic spin for the Robot Workshop, which is envisioned for an open lot in Brooklyn.

Though there are no plans to actually build the workshop at this time, suckerPUNCH aims to generate progressive ideas and excitement among the local community of robotics enthusiasts that is already meeting up in makeshift spaces throughout Brooklyn. The idea is that these innovators would be able to come together to utilize shop facilities and interact with each other. Open to the public, the Robot Workshop would be located in a dynamic, artistic neighborhood and inspire further creativity in the community.

SuckerPUNCH explains, “There will be several types of experimentation spaces, from communal studios to private labs. Teaching spaces will allow for workshops and community activities, including classes for children. A large area will also be devoted to storing a stockpile of parts for purchase and use on site. The Workshop will also serve as a social gathering place within the neighborhood through a storefront gallery and bar.” 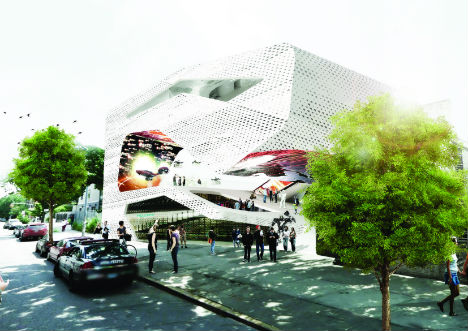 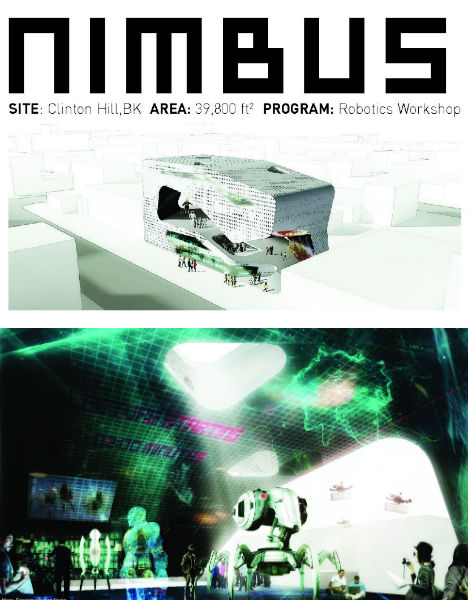 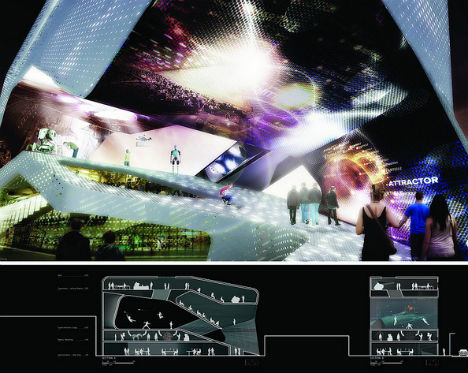 “The NIMBUS cloud provides the robotic community a public forum to openly exchange and share knowledge. Outfitted with a massive interactive screen and a street connected communal space, the MEGA-Experimentation Stage allows for infinite possibilities to interact with each other—the belief that the best ideas flourish unexpectedly, through sharing and interaction.” 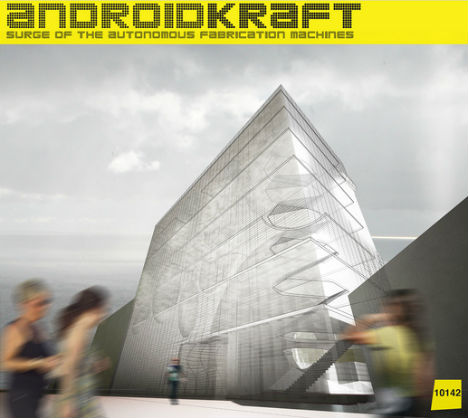 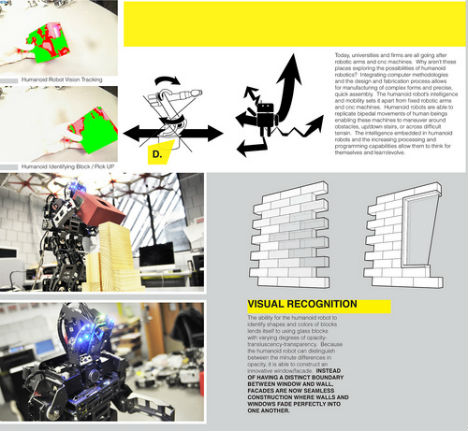 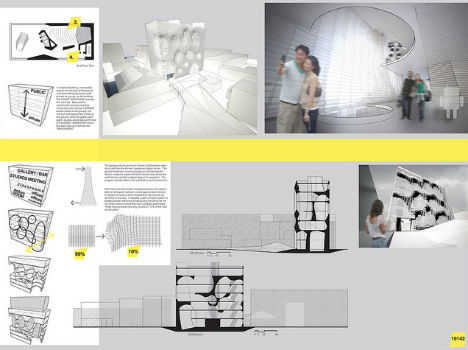 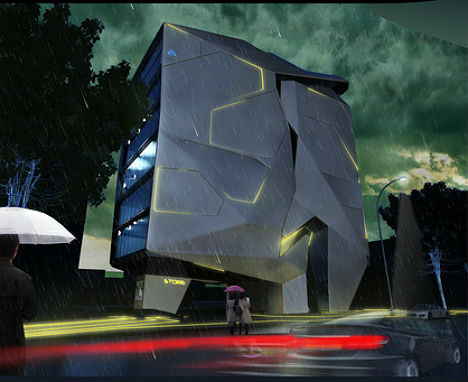 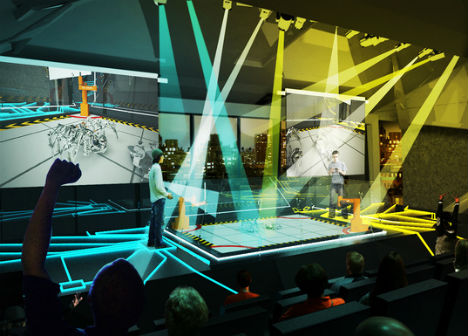 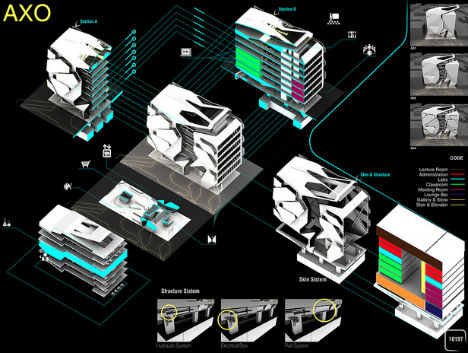 “As a linear feature that exists between two tectonic plates that are moving away from each other, the ‘Divergent Building’ breaks, separate and transforms its spaces. As a proposal for the Robot Workshop and inspired by robotic movements, the building applies mechanical systems to achieve its main feature: maximizing the space as is required by the users. The building opens in order to separate the program in two modules, creating a central atrium, which allows ventilation and lighting. Interior spaces can expand growing to the site limits, creating a dynamic façade that is in continuous change.”

See the honorable mentions and the rest of the competition entrants at suckerPUNCH (via archdaily).