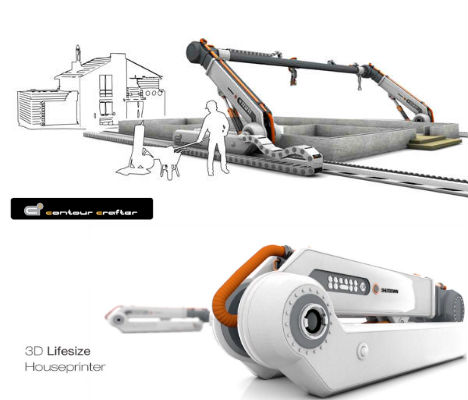 Three-dimensional printing has made so many advancements in recent years, researchers have been able to print highly detailed models of castles that are as small as a grain of sand. But what about the other end of the spectrum? A concept by designer Sebastian Bertram takes 3D printing a step further with a massive robot that “prints” contours of a building shell using fast-drying concrete, one layer at a time. 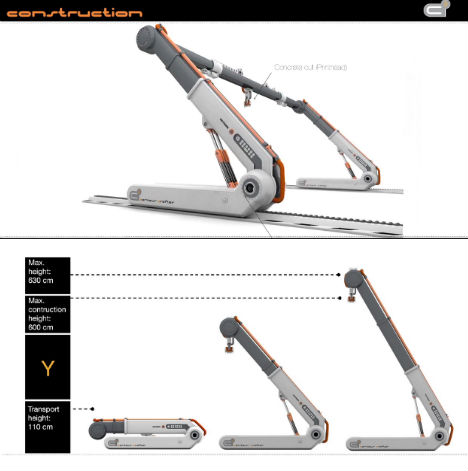 The 3D Contour Crafter doesn’t look too different from contemporary construction equipment, resembling a sort of crane. But when it’s programmed with pattern data, the robot pours concrete in specific configurations, repeating the process over and over again until a three-dimensional form is achieved. 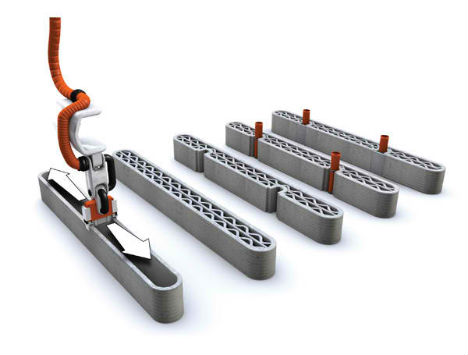 Combining industrial production with rapid prototyping techniques, the Contour Crafter concept could potentially revolutionize urban construction methods. The fast pace and uniform nature of this kind of building would speed up the construction process to an unprecedented rate, enabling builders to keep up with the demand for fast-growing urban areas. 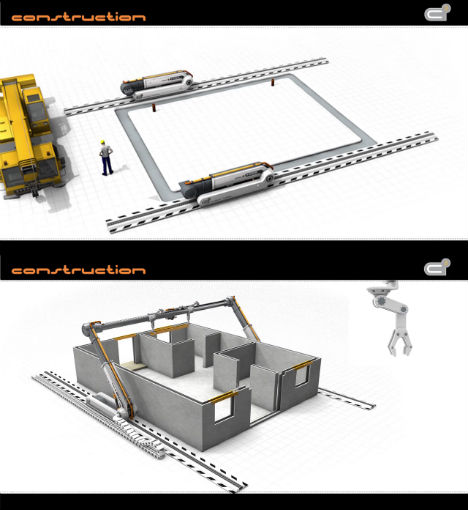 While it’s not yet a reality, printing entire buildings is definitely not beyond the realm of possibility. If we can already use 3D printing to produce vehicles, furniture, shoes, artificial bones, tiny models of cities and even a replica of King Tut’s mummy, there’s no reason we can’t raise the bar even higher. And with our population expected to grow to over 9 billion by the year 2050, we’d better get a move on.