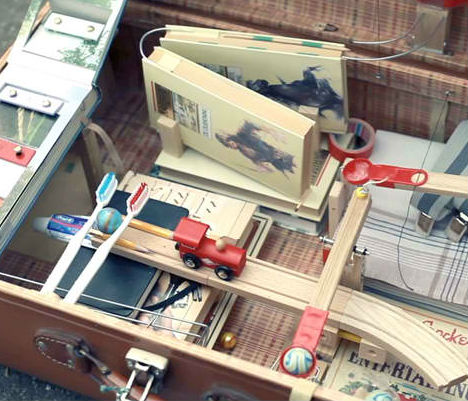 A man takes a seat on a park bench and opens a pair of suitcases, carefully adjusting a few things inside, placing a few small objects in just the right spot. Then an alarm clock sounds, a pencil comes down onto a trigger and the most entrancing sequence of events takes place, one after the other. Melvin the Mini Machine is the creation of Dutch design studio HEYHEYHEY, and it’s possibly the coolest portable Rube Goldberg machine ever invented. 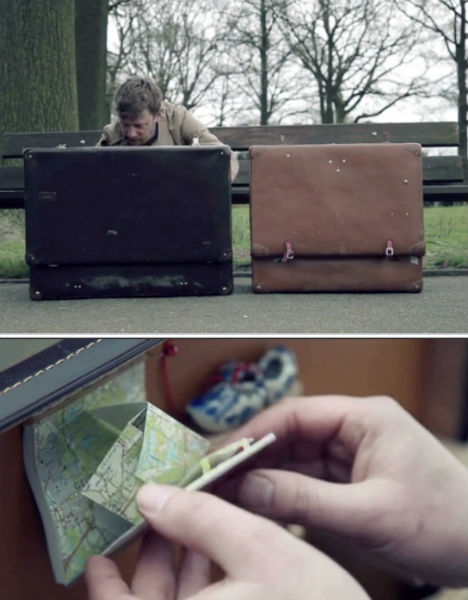 As music starts playing, the choreographed movements begin, flinging objects from one of the suitcases to the other, making their own little sounds. The fact that all of this magic can fit inside these small compartments, compact enough to travel around the world, is even more incredible when you consider the fact that HEYHEYHEY previously created the world’s largest Rube Goldberg machine. 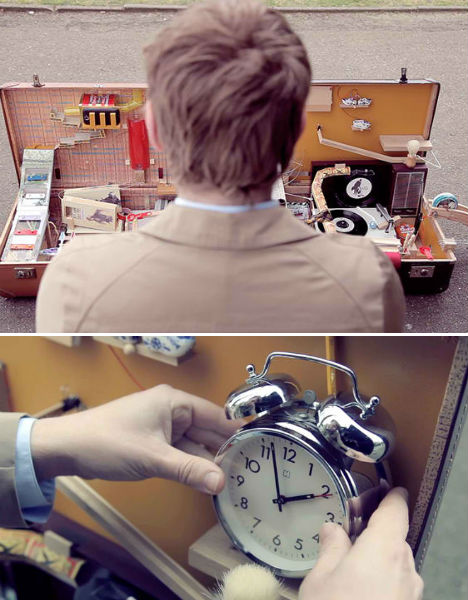 Melvin the Magical Mixed Media Machine was a room-sized exhibit made for 2010 Dutch Design Week, and as cool as it was, it had one big limitation: it couldn’t be moved. Lots of people who couldn’t travel to the exhibit wanted to see it. Thus, the idea for the mini was born. 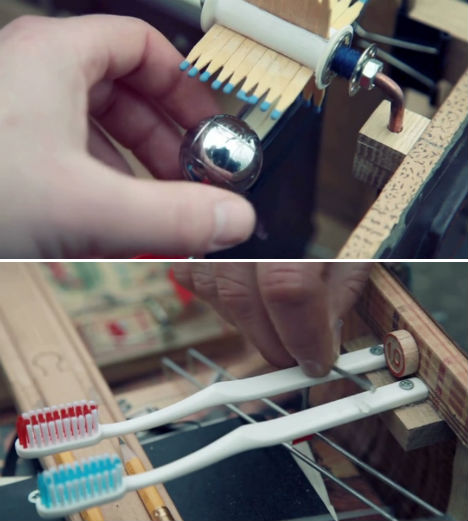 In addition to the many Rube Goldberg machines that came before them, both Melvins were inspired by the cult 1987 art film ‘The Way Things Go’ by Peter Fischli and David Weiss. Check out a clip, above.