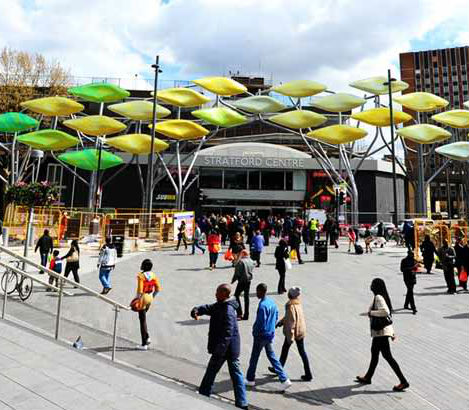 The thousands of people who sweep through the streets of east London as they make their way to and from various Olympic events won’t notice the less-than-aesthetically-pleasing rear end of the Stratford Centre shops. They’ll be too distracted by a new addition to the area: an 820-foot-long school of titanium fish. 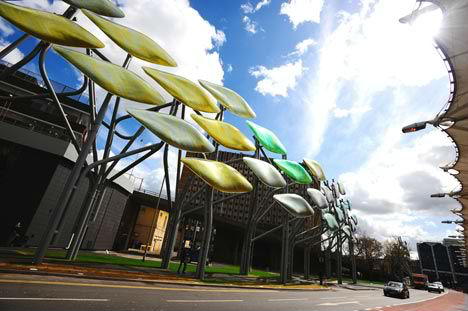 The Stratford Shoal sculpture by Studio Egret West was created to screen the back of a 1970s shopping center, which was never really meant to be seen as much as it is today. A new bus terminal and train station refurbishment have given it new prominence – and it’s not exactly an architectural feature that the city of London is proud of. 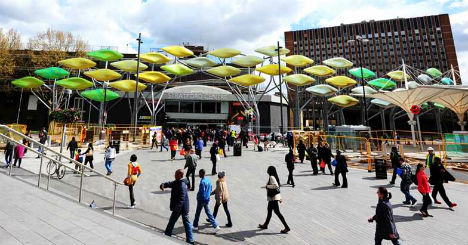 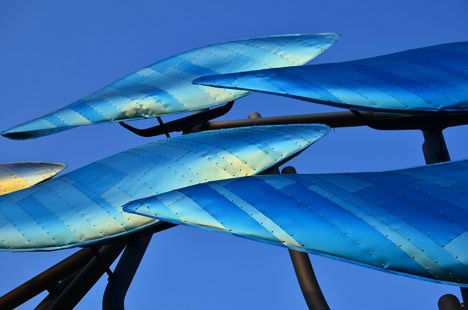 While from afar, the sculpture is reminiscent of giant, colorful leaves in a metal forest, each individual form looks more like a fish when viewed up close, with shimmering, overlapping titanium scales. These shapes are designed to respond to the wind, so they seem to flutter and flap. The semi-permanent installation was designed and manufactured using the latest 3D technology. 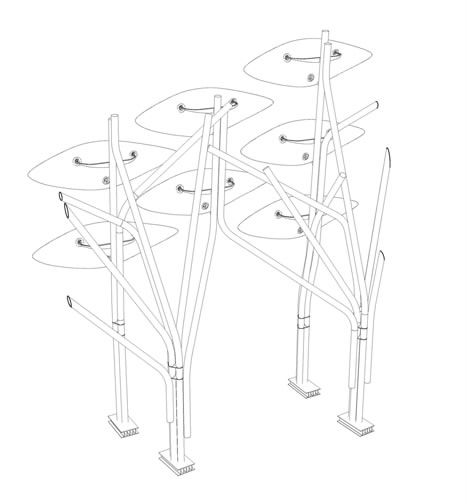 ““The Shoal was born of a desire to turn a negative into a positive. Instead of screening the back of house of the Stratford shopping centre, which now finds itself in the foreground, we have created a playful and dynamic edge that brings a moment of delight to those arriving in Newham,” says designer David West. “We specifically used titanium because of its range of colours and its shimmering quality, meaning that the Shoal’s appearance constantly changes in response to varying light conditions.”