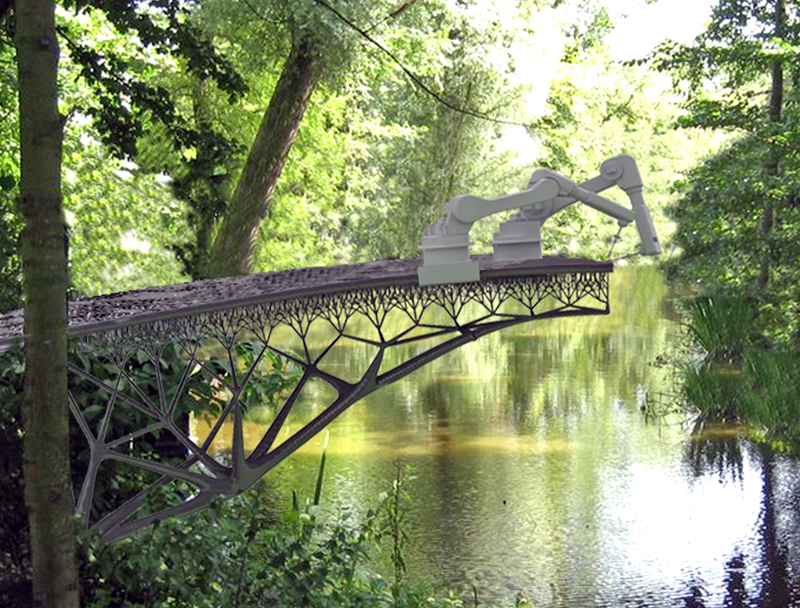 Designed to span a historic canal of Amsterdam, this cutting-edge structure will bridge traditional and automatic construction techniques using continuous extrusion technology to generate three-dimensionally-complex, self-supporting steel space frames. Imagine for a moment a pair of robots scaling the very structures they are building as they build them, walking themselves out over a bridge from both sides to meet in the middle. 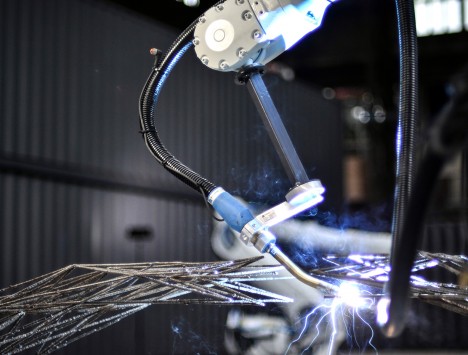 Having already created a series of increasingly successful small-scale prototypes, Dutch design firm Heijmans (well known for houses built in one day and glow-in-the-dark bike paths in The Netherlands), tech startup MX3D and designer Joris Laarman are working together to make this design/build concept a reality. 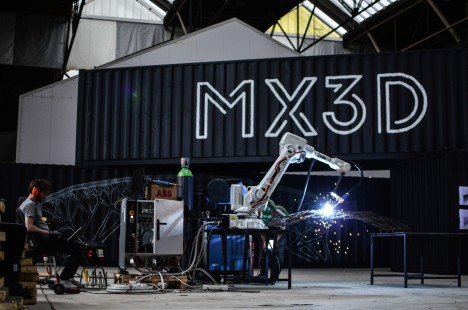 Programmed to extrude and weld together steel segments, specialized robotic builders are able to assemble a network of structural lines and curves to form a load-bearing bridge in this case, already the first project of its kind in the world, and could be deployed to frame tall buildings in the future as well. 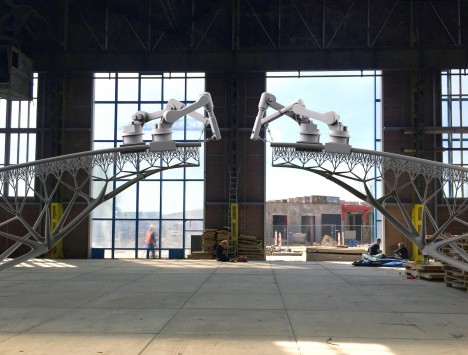 The approach of casting a material in place, generally associated with concrete, is suddenly a realistic possibility for metallic substances as well. Potential applications are myriad, from public infrastructure to residential, commercial and institutional architecture. 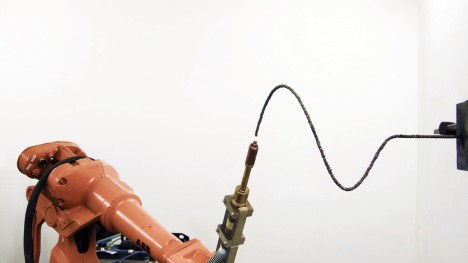 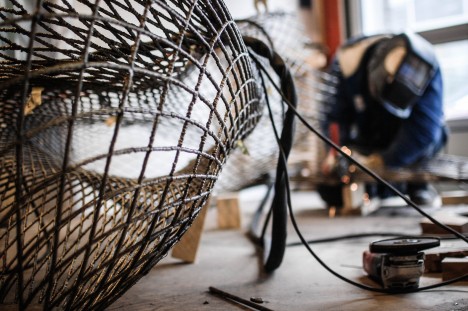 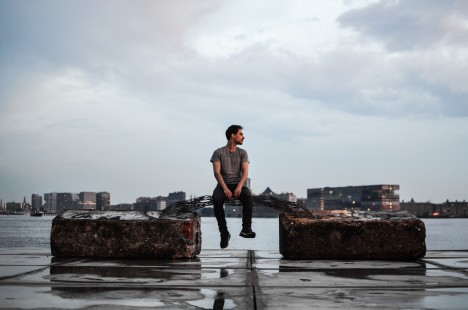 “Construction and design are currently rather separate factors in construction – the architect designs something and the constructor interprets the design and builds what he thinks is needed,” says Jurre van der Ven, Heijmans’ Innovation Manager. “But using 3D printing for a bridge makes design and construction operate hand-in-hand. For instance, both activities are done at the same time, instead of first building the structure and then adding the design later. This means we will also have to start looking at design in a completely different manner.” 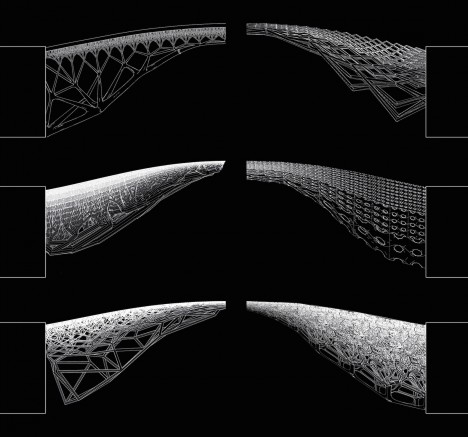 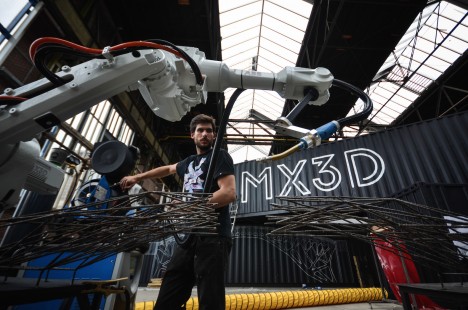 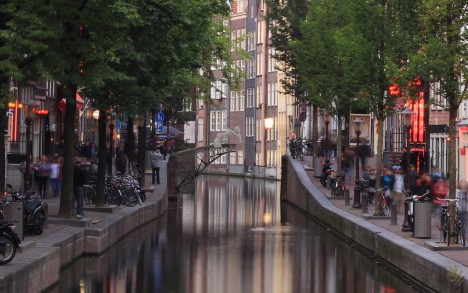 Refined and optimized, such techniques and technologies will ultimately bring down the cost of construction, reduce building waste and help automate worksites. The first real-world application being a bridge is no coincidence, but rather a “fantastic metaphor for connecting the technology of the future with the city’s historic past, in a way which would reveal the best aspects of both worlds.”