These narrow, movable, single-person residences provide affordable housing for young people shut out of more conventional options by the housing crisis in Europe’s major cities, while also finding uses for a proliferation of vacant lots. The Heijmans ONE project by Netherlands firm Moodworks Architecture can be placed temporarily in virtually any location and takes just one day to set up on the site. 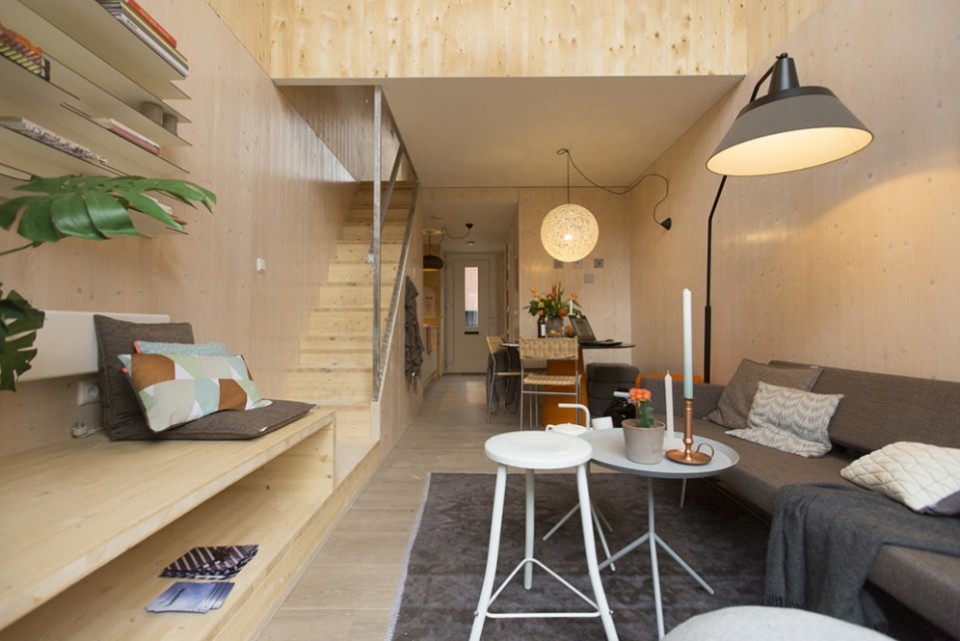 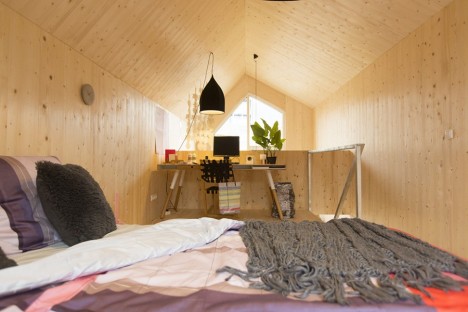 Designed for a single occupant, the house measures 484 square feet and features an energy-efficient solid wood skeleton as well as solar panels to produce its own energy. It features everything you’d expect in a similarly sized apartment, including a kitchen, bathroom, living room, bedroom and patio, and can be transported via truck to its destination, whether urban or rural. 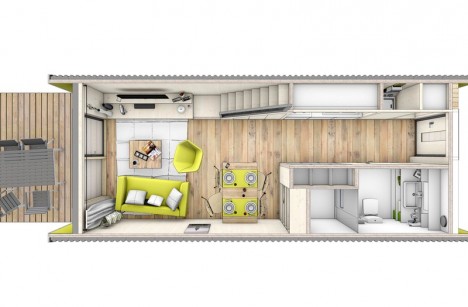 The target occupants are young professionals who want to buy their own home but are unable to afford quality housing as prices skyrocket well beyond the average person’s means. The project also addresses the issue of derelict sites in cities, taking advantage of all manner of vacant spaces, from construction sites that have been put on hold to lots that are currently up for sale. 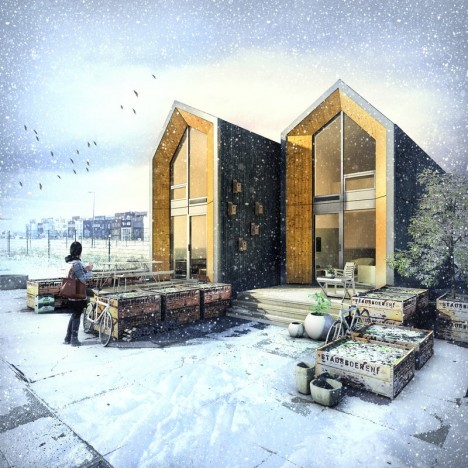 The prefabricated houses are available for just 700 Euros per month, and two pilot homes have been placed on Zeeburgereiland in Amsterdam. Contact Heijmans to see them in person by appointment.