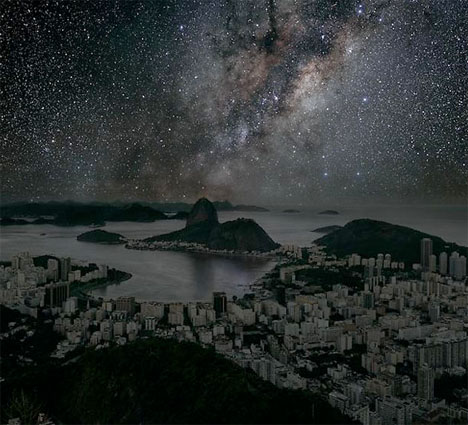 What would your city look like if it went completely dark? Words like majestic, awe-inspiring and magical come to mind – not as descriptions for the cities themselves, but how some of their most iconic architecture would look as black silhouettes against the bright starry skies of remote places. Artist Thierry Cohen gives us an idea of just who amazing these visuals would be in his series, ‘Darkened Cities.’ 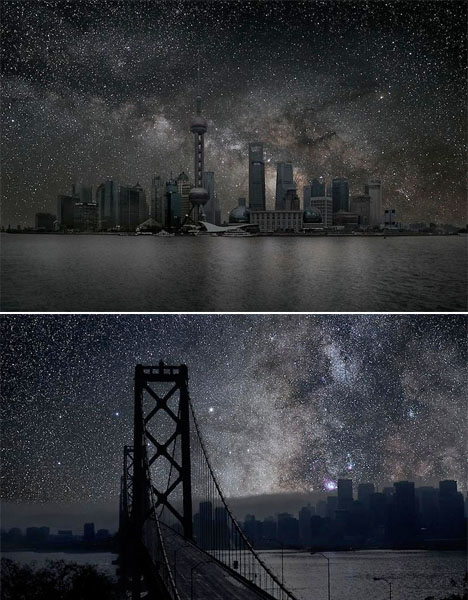 Cohen doesn’t just superimpose random images of the night sky behind each skyline – the imagery is actually what the sky would look like in each of those precise locations. Using methods pioneered by early 19th century photographers, Cohen first takes photos of each location, isolating and darkening the cities themselves, before adding in the sky. 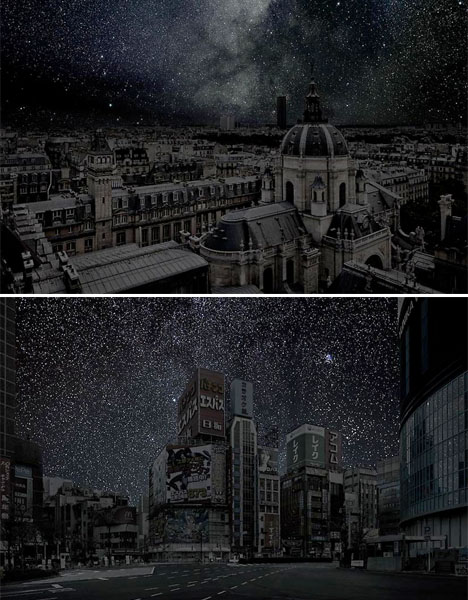 Taking note of the exact latitude, longitude and angle of each city, the artist tracks the earth’s rotation to capture the sky in a place where light pollution doesn’t affect the clarity of the stars, like the Mohave desert. 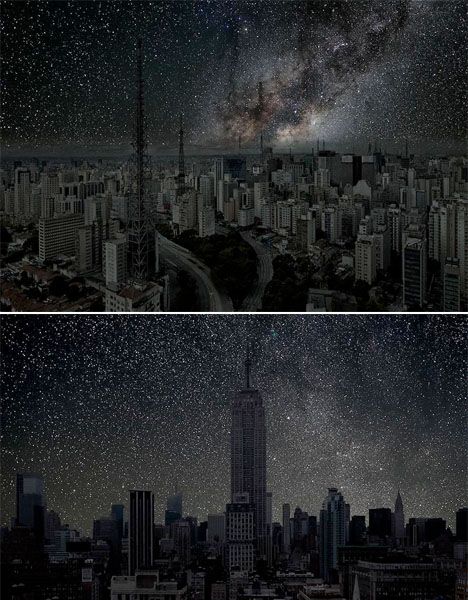