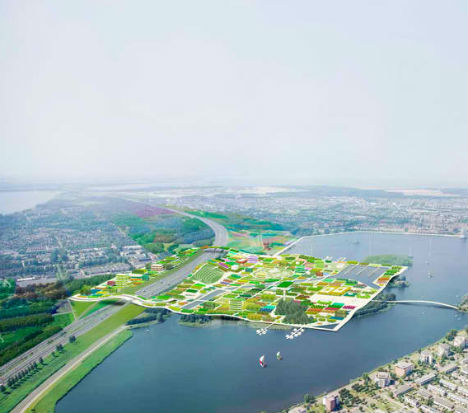 In a bid to host the World Horticultural Expo in 2022, the Dutch city of Almere has commissioned MVRDV to design an artificial pavilion that would extend the city out into a lake. The concept would enable the city to host the six-month festival, and would also create a permanent platform for a new university as well as offices, homes and leisure facilities. 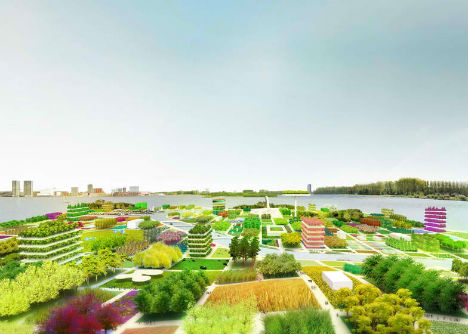 Measuring about 111 acres, the extension would be covered in a patchwork of gardens called ‘plant libraries’, as well as pavilions and greenhouses. This vibrant new urban neighborhood stands opposite the current city center in Almere, bringing it out onto the water. MVRDV aims to create a 300% greener exhibition than the current standard, “both literally green and sustainable.” 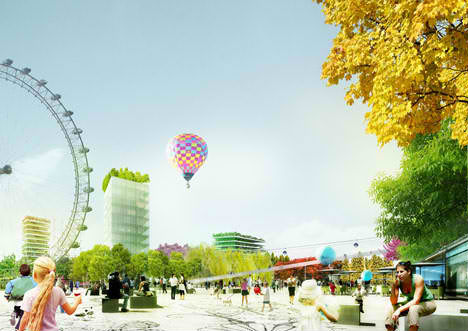 “We dream of making green cities. City that is literally green as well as ecological. A city that produces food and energy, cleans its own water, recycles waste and holds a great biodiversity. A city which might even be autarkic: A symbiotic world of people, plants and animals. Can this symbiosis between city and countryside offer essential argumentation to the global concerns regarding urbanisation and consumption? Can we realise in the next ten years an exemplary ‘green’ city which realises this synthesis? And could this city be the Floriade 2022?” 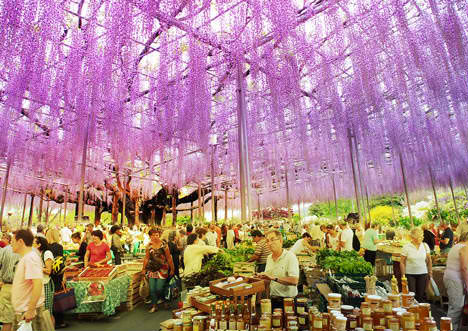 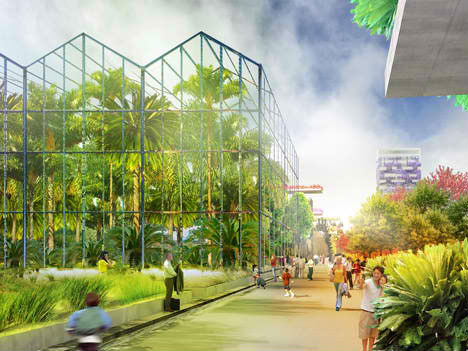 Each block of the city extension will be devoted to different plants, and the planned university will be home to a stacked botanical garden, “a vertical ecosystem in which each classroom will have a different climate to grow certain plants.” Newly constructed homes, which will help ease some of the cramped conditions in the rapidly growing city, will be located in orchards. 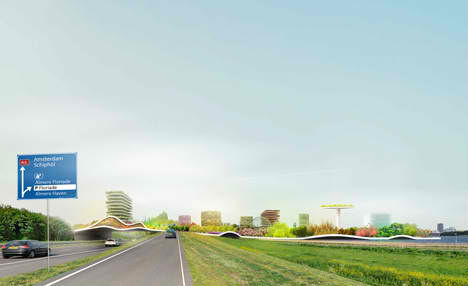 Almere is one of four Dutch cities currently up for consideration to host the festival, and a decision will come in October.