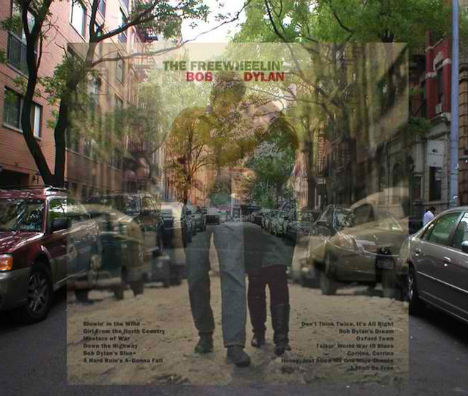 Look into New York City’s past, at the locations where iconic album cover photos were taken, in a series of photo montages by Bob Egan called ‘PopSpots.’ Egan has tracked down the exact places where photos of Bob Dylan, Neil Young,  Simon & Garfunkel and more were taken in the 1960s and 1970s and transposed the album covers onto modern-day photographs. 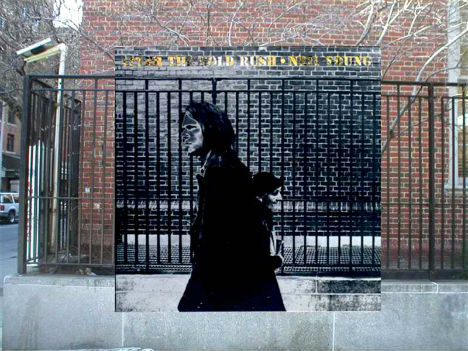 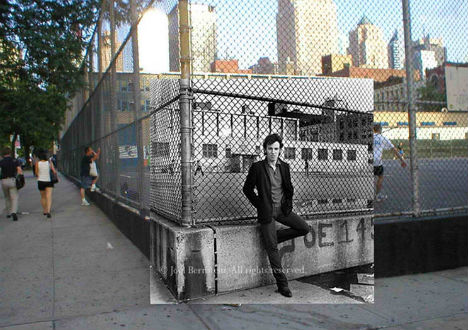 “Manhattan is constantly being torn down and rebuilt anew, and I’m trying to find these places while they are still around,” says Egan. At the PopSpots website, he runs down the process of finding and photographing each site. It can take a lot of work to identify the exact spot; at times, Egan has to pay attention to minute details in the photographs. Others, like Springsteen standing in front of Public School 111 on the cover of ‘River’, are much easier. 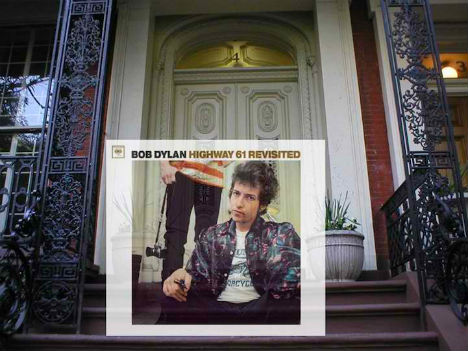 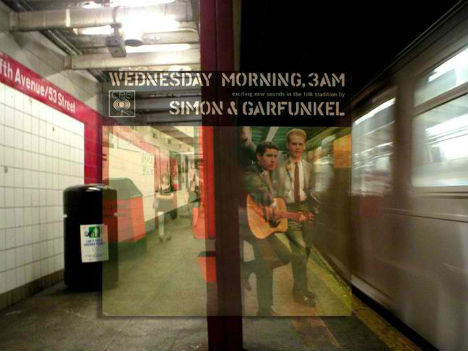 For example, he explains some of his sleuthing to spot the exact subway platform upon which Art Garfunkel and Paul Simon stood approximately 47 years ago for the cover of ‘Wednesday Morning, 3AM.’ Several websites identified it as the platform at Fifth Avenue and 53rd Street, but to find the exact spot he had to look to things like the height of the support beams. 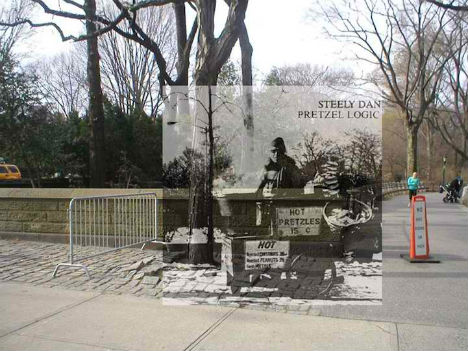 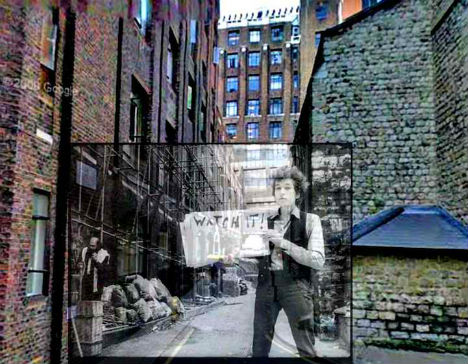 Egan has also begun to branch out beyond album covers, and outside New York City. He photographed the bridge that was the setting for Edvard Munch’s iconic painting, ‘The Scream.’ See the whole collection at PopSpotsNYC.com.