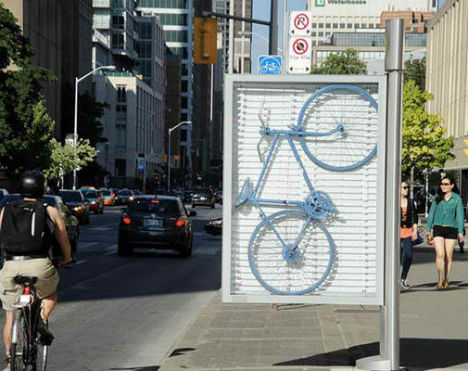 When the city sets up so-called ‘Info Pillars’ on the sidewalks – but then fills them with ads instead of actual information – how should the community respond? In Toronto, hacktivists decided to simply take things into their own hands, and replace the ads with art and information that’s actually useful. 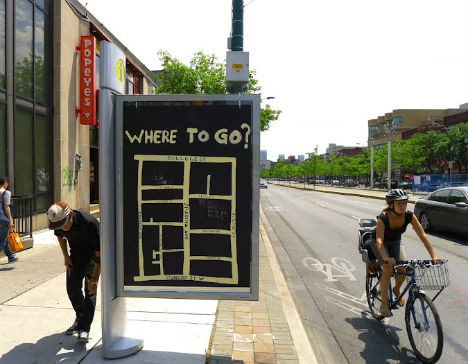 Last fall, the Spacing Toronto blog asked, “Is this really an ‘info’ pillar?”, displaying photographs of the installations. The narrow space on the column itself has info like maps and bus schedules, but the overwhelming majority of the pillar is covered in ads. 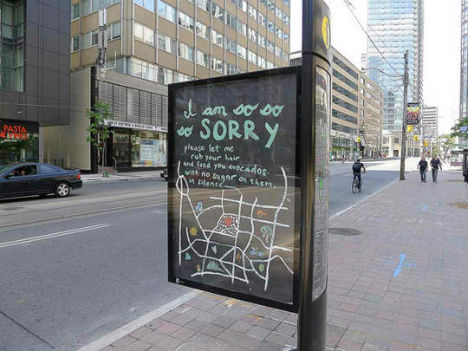 Armed with special Torx screwdrivers, guerilla group cARTography TO nonchalantly broke into the Info pillars in broad daylight and replaced 35 ads with poetry and street art. One was cordoned off with a velvet rope and attendant security guard, the sign reading “Sidewalk 54 – Private pavement for diamond members only. Dress code strictly enforced.” 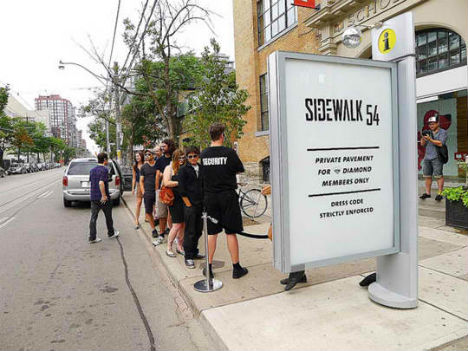 “We got together and started planning an artistic assault against them,” an unidentified cARTography TO activist told The National Post. “One, to beautify the city and beautify the pillars because we thought they were awful and ugly, but also to raise a lot of awareness on the issue…. They disrupt the flow of traffic for pedestrians. They block the line of sight for cyclists and for drivers.” 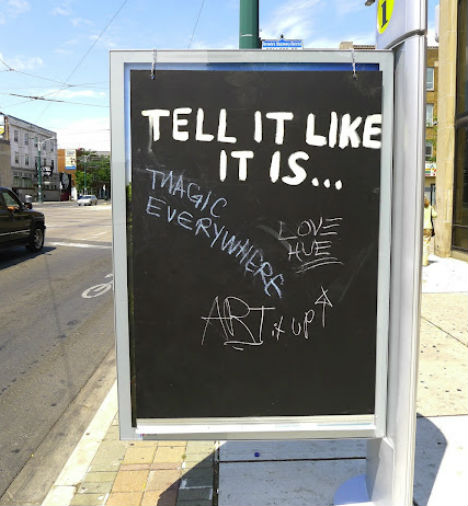 Toronto artist Sean Martindale donated six pieces of art to cARTography for the guerilla installation, including a modified bicycle. The pillars were previously hacked in January. Activists covered them in chalkboards and invited passersby to ‘Tell it like it is.’