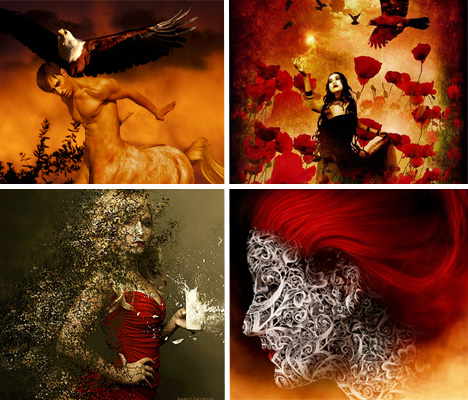 Illustrator and graphic designer Marco Escobedo’s work focuses on the surreal and fantastic, using high contrast and richly saturated colors to create scenes and characters that look like they could be from another planet. While it’s often serious and dark, there are also hints of playfulness and humor, as in his portrait of Michael Jackson sitting on a rhinoceros. 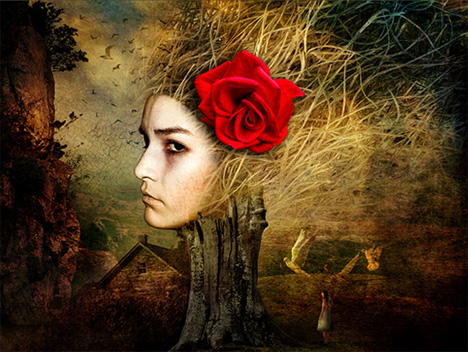 Each illustration is intricately detailed, and clearly the result of countless hours of work and experimentation manipulating photographs with all of the brushes, textures and effects that software like Adobe Photoshop can provide. 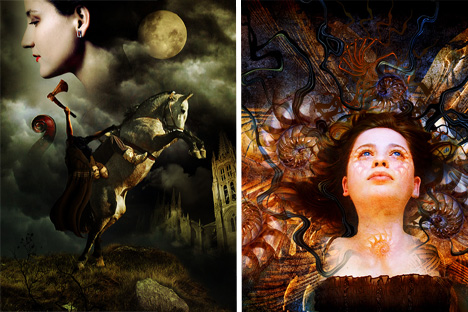 Like many digital artists, Escobedo started his career in traditional painting, taking several classes in it and learning skills that he would later apply to his digital work. But it wasn’t long before he became enchanted with graphic design and began experimenting in programs like Corel Draw, Photoshop and Illustrator. 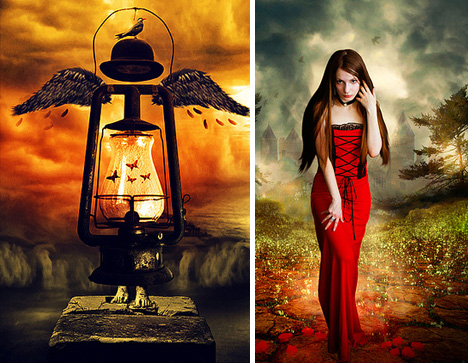 “But it is unquestionably Photoshop that greatly encouraged me to undertake the development of my work,” says Escobedo on his Flickr profile.