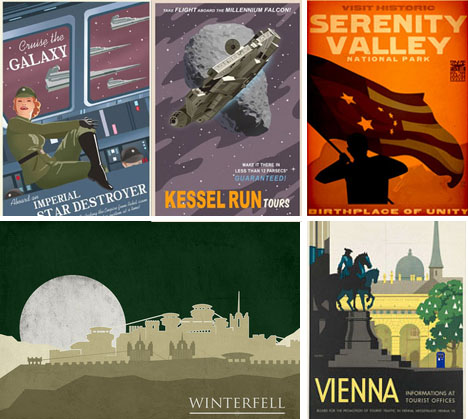 Ever wanted to be the next companion of Doctor Who, wished you could ride along on the Firefly-class Serenity, or wondered what it would be like to cruise the galaxy with the rebels (or imperial fleet) of Star Wars? Created to look like vintage travel posters, these faux advertisements give a new spin to science-fictional and other fantastical worlds. 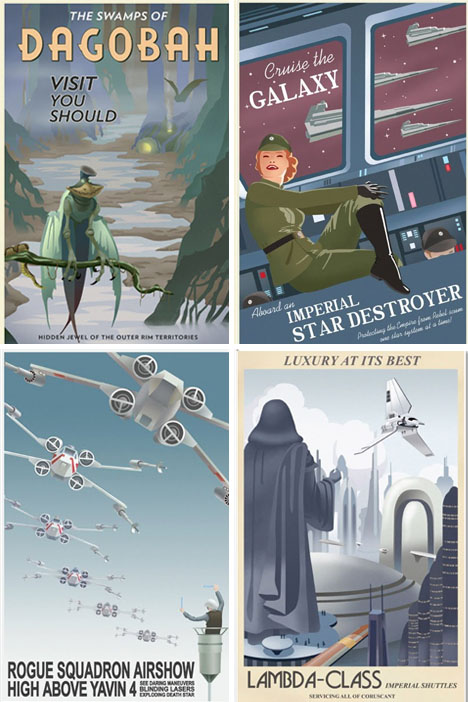 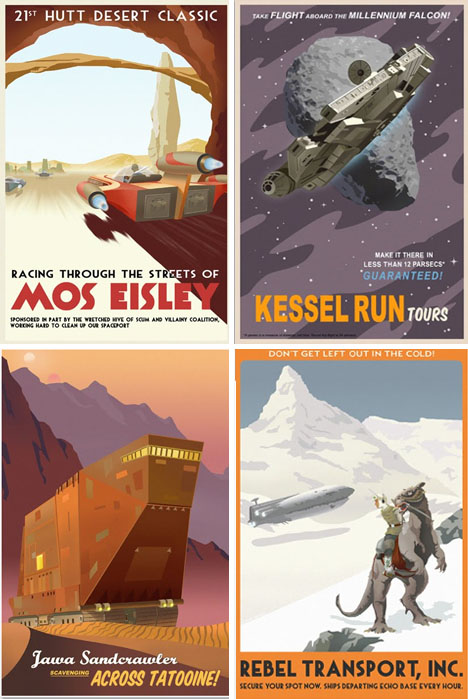 Steve Thomas is working on selling posters, but for now has a galactic travel calender you can buy. His Star Wars series features such dubious destinations as Mos Eisley and the Swamps of Degobah, and offers transit via imperial shuttles, star destroyers or for the more adventurous: Jawa sandcrawlers, rebel escape ships and the Millennium Falcon. 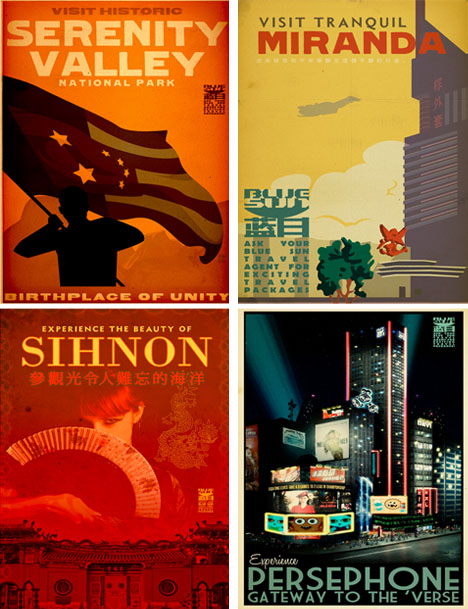 Adam Levermore was “commissioned me to create a series of travel posters for Joss Whedon’s film, Serenity [and designed] these as WPA-style travel posters for the planets and locations from the movie. They were a huge success, and remain one of Quantum Mechanix’s top sellers. The highest praise came from Whedon himself, when he posted on the Whedonesque blog, calling the posters “extremely cool” and “masterfully designed.”