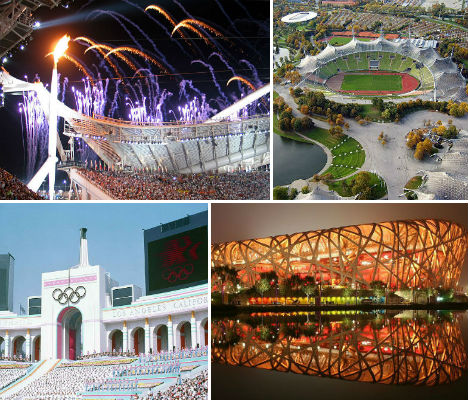 Over the last 116 years, Olympic stadiums have gone from sprawling marble structures made from ancient Greek ruins to strikingly illuminated bird’s nest-shaped buildings. Designed by architects like Santiago Calatrava, Herzog & de Meuron and Zaha Hadid, the following Olympic buildings – including stadiums, aquatics centers and even communications towers – stand out for their history, their looks and sometimes the creative uses they’re put to when the Games are over. 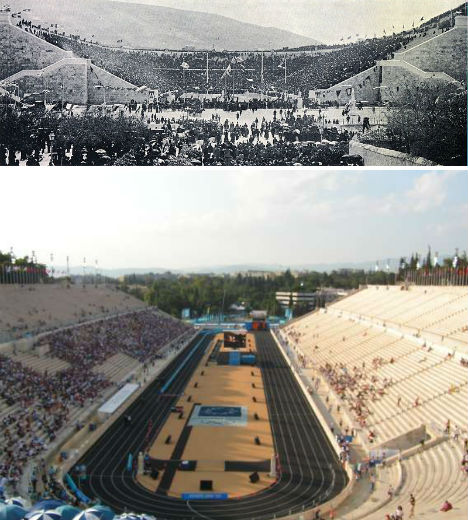 The only major stadium still existing in the world that’s built entirely from marble, the Panathenaic Stadium in Athens – also known as Panathinaiko – was originally built for the first modern Olympic Games in 1896. It was reconstructed from the remains of an ancient Olympic stadium, used to host the athletic portion of the Panathenaic Games honoring the goddess Athena. It hosted the archery competition and the finish of the Marathon in the 2004 Olympic Games. 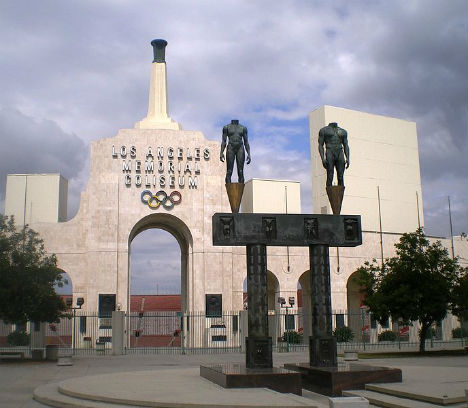 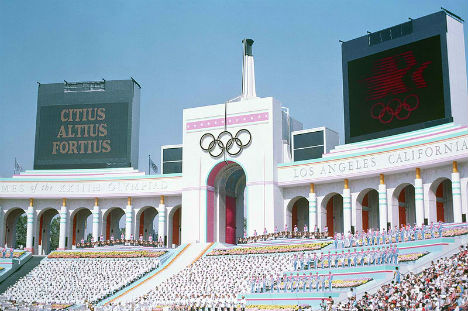 This large outdoor stadium is the only one to have hosted the Olympic Games twice, in both 1932 and 1984, as well as Super Bowls and the World Series. The Los Angeles Memorial Coliseum was commissioned in 1921 as a memorial to World War I veterans and was extended to a capacity of over 100,000 in 1930 in anticipation of the Olympics. 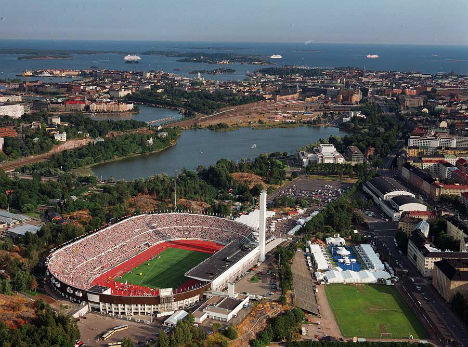 The Helsinki Olympic Stadium was initially built to host the 1940 Summer Olympics, but they were moved to Tokyo due to World War II; it ultimately hosted them in 1952, years after the end of the war. At its peak it could hold over 70,000 spectators, but has since been modernized with a capacity of 40,600.  Its tower offers an impressive view of the city of Helsinki. 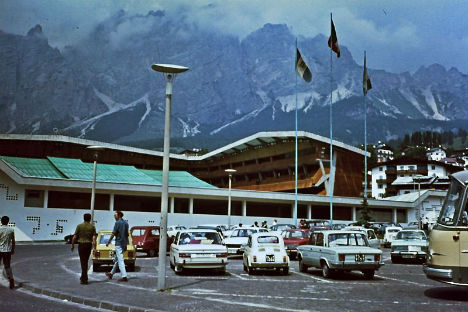 Architecturally, the Stadio Olimi\pico del Ghiaccio is probably not among the shining stars of Olympic stadiums, but it deserves a mention for two reasons: first of all, other than hosting the 1956 winter Olympics, it was featured in the James Bond movie For Your Eyes Only. Second, just look at those mountains. During the games, the stadium had no roof, with spectators gazing up at the Italian Alps. 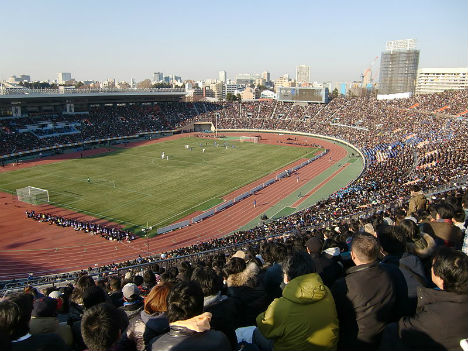 Tokyo’s National Olympic Stadium hosted the 1964 Summer Olympics and may do so again in 2020, if the city’s bid is accepted. Whether it secures the hosting honor or not, the city will be putting $1 billion into upgrades for the stadium in anticipation of the 2019 Rugby World Cup. The stadium survived the 2011 earthquake and tsunami completely intact, likely due to strict Japanese building codes. 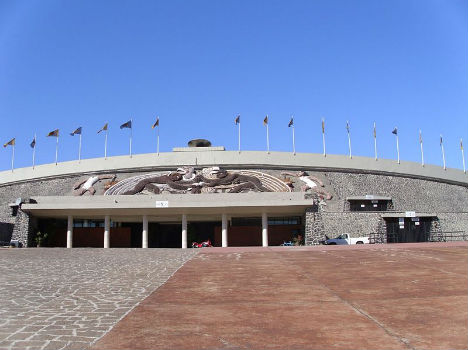 Built on a volcanic stone surface, Mexico City’s Estadio Olimpico Universitario hosted the Olympic Games in 1986 and is home to the first all-weather running track to be used in the Olympics, now a requirement of all Olympic stadiums. Shaped like a volcano, the stadium also features a mural by famed Mexican artist Diego Rivera. 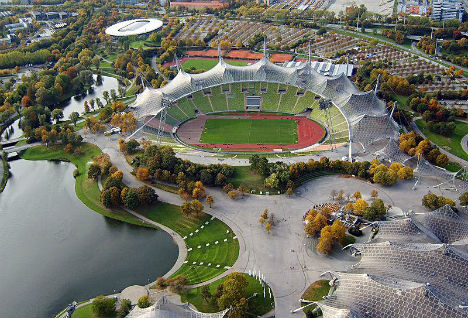 Prior to Beijing’s flashy 2008 Olympic structures, the Olympiastadion in Munich was arguably the most visually engaging Olympic venue of the modern age. Its unusual appearance comes mostly from large, curving canopies of acrylic glass and steel cables that were meant to imitate the Alps and symbolize the  new, democratic Germany. It was constructed in a pit made by bombings that Munich suffered during World War II. 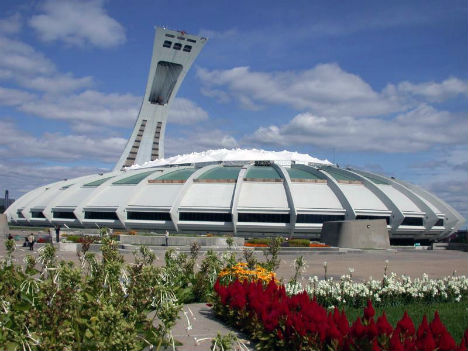 Referred to as ‘The Big O’ for the doughnut-shape of its roof, Montreal’s Olympic Stadium hosted the 1976 Olympics and was used for the city’s professional baseball and football teams until 2004, when the Montreal Expos relocated to Washington, D.C. The stadium’s most notable feature is its incorporated tower, which is the tallest inclined tower in the world at 574 feet. The Olympic swimming pool is located under the tower, and the former Velodrome is now the Montreal Biodome, an indoor nature museum. The main part of the stadium is now only occasionally used for special events. 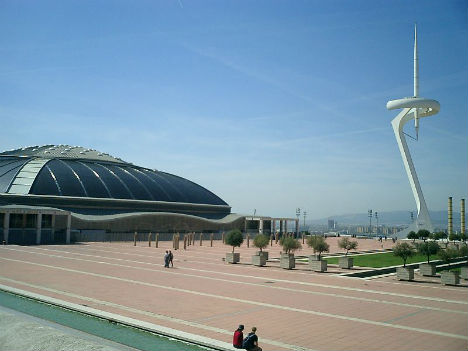 This tower (right) didn’t host any Olympic events, but it was a crucial part of the 1992 Olympics in Barcelona nonetheless: it’s a communications tower, used to broadcast television coverage of the games. The 446-foot-tower represents an athlete holding the Olympic Flame, and also functions as a giant sundial on the Europa Square. 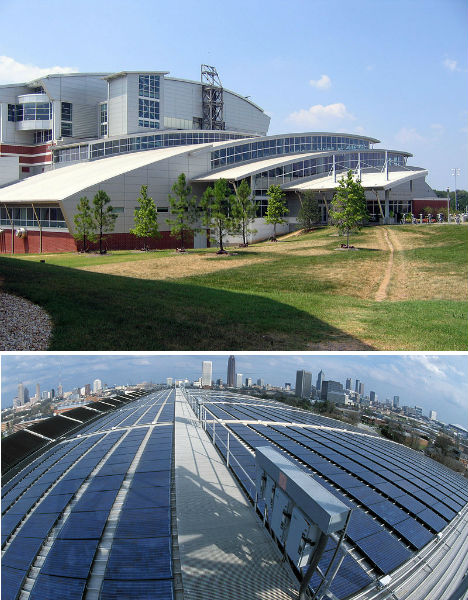 Atlanta didn’t exactly wow architecture pros and fans when it hosted the 1996 Olympic Games, and the Georgia Tech Aquatic Center is not a marvel in and of itself. What makes it interesting is actually what the university chose to do with it when the games were over. The structure was enclosed and above the Olympic pool, an upper floor was suspended from the roof for multi-purpose courts, setting a record for the world’s largest suspended concrete structure. The roof of the building is covered in Georgia Tech-designed solar panels that supplement the GT power grid and heat the pool water. Oh yeah, and the building now features a 184-foot water slide. 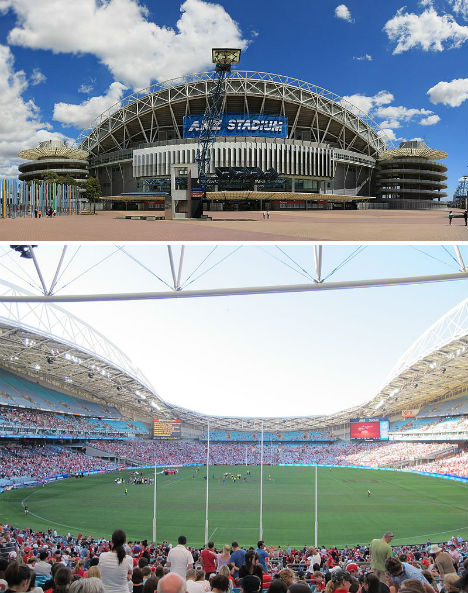 The largest Olympic stadium ever built – and the largest stadium in Australia – ANZ Stadium was constructed to host the 2000 Summer Games in Sydney. Like most Olympic stadiums, it has since been modified for a lower maximum capacity to make it more appropriate for the events it now holds, which include rugby, football and cricket. 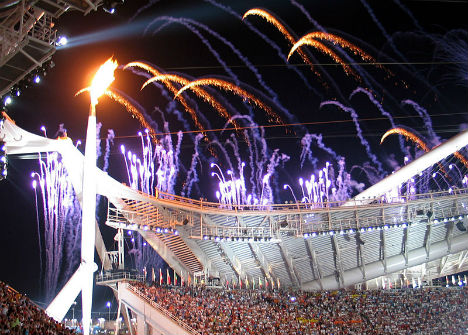 With a roof designed by Santiago Calatrava, Athens’ Olympic Stadium is definitely among the more eye-catching Olympic stadiums. It was originally completed in 1982 to host the European Championships in Athletics, but was extensively renovated for the 2004 Summer Olympics, including the addition of the roof. 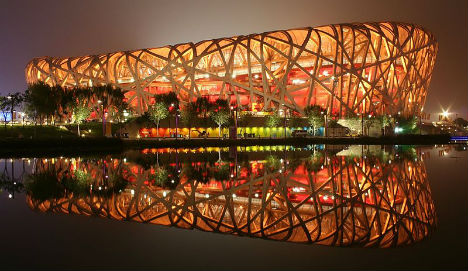 Instantly iconic, the Beijing National Stadium is popularly known as the Bird’s Nest for its unusual design, conceived by Herzog & de Meuron as a tribute to Chinese ceramics. It held 91,000 seats during its use for the 2008 Olympic Games, now cut down to 80,000. Like many Olympic stadiums, it mostly sits empty, hosting sports events every now and then. Recently, it held a snow theme park. However, disuse and resultant lack of upkeep is already taking its toll: the paint on the exterior is reportedly peeling. 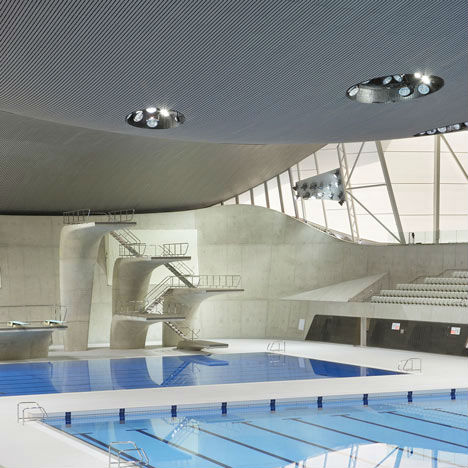 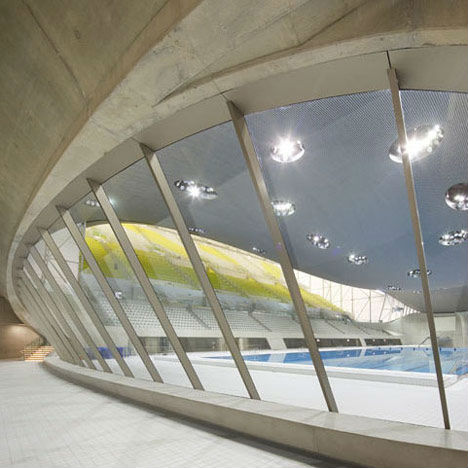 Among the new construction in London for the Summer 2012 Olympic Games is the undeniably striking Aquatics Center, designed by Zaha Hadid. Arguably the most impressive of London’s Olympic structures, the sweeping, elegant design features an undulating wave-like roof and six curved diving platforms as well as petal-shaped openings that let in natural daylight.