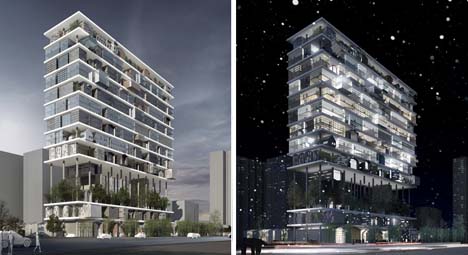 In the early 20th Century, urban design was under siege by Modernists who thought they had it figured out, but made a critical mistake: setting their ideas in stone (or: glass and concrete) rather than allowing them future-proofing flexibility. 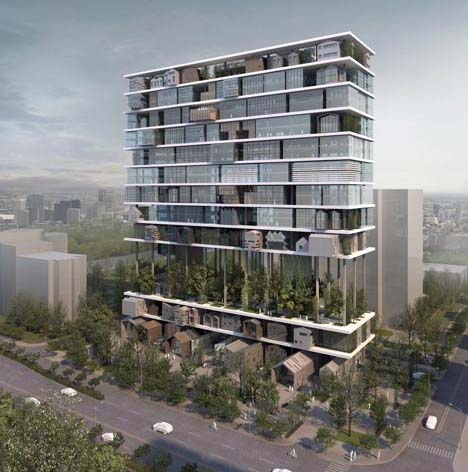 This remarkable proposal for Xian, China, by the architects at 3Gatti, suggests a framework to accommodate present as well as yet-unplanned programs rather than a fixed-use, single-purpose structure. 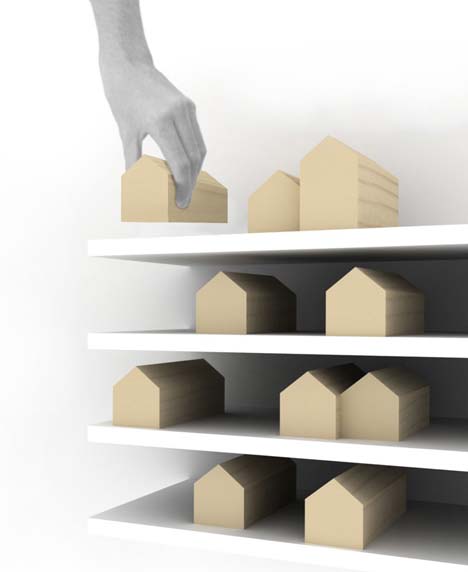 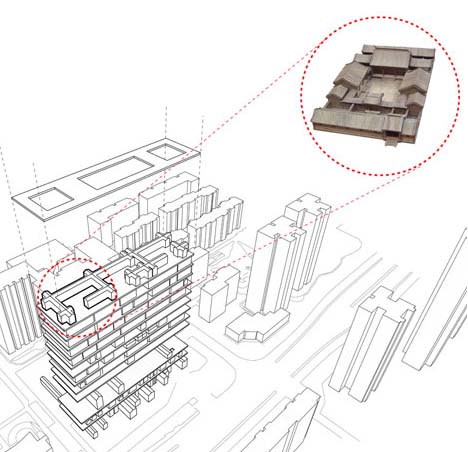 The first mixed-use configuration is scheduled to involve apartments, homes and hotels near ground level with offices above, but that layout is flexible – who knows what may be needed down the line. 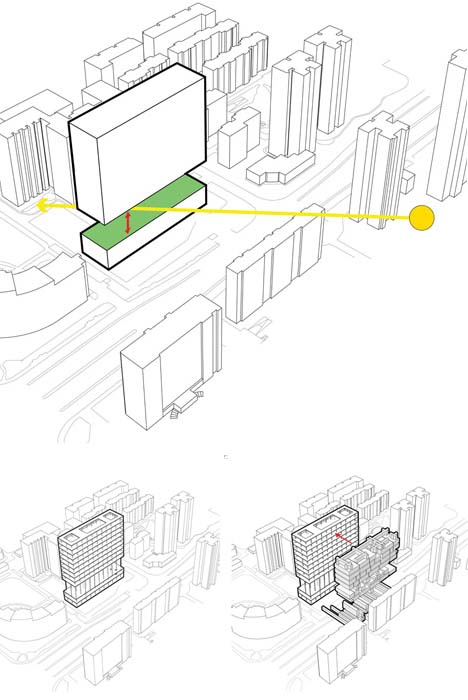 It starts at the first floor with a street-friendly gesture – raising up a section of the building to reveal a permeable green zone a few levels above the ground. Beyond that, layers of open-plan platforms make it possible to slot in and shift around sub-structures both now and down the line. 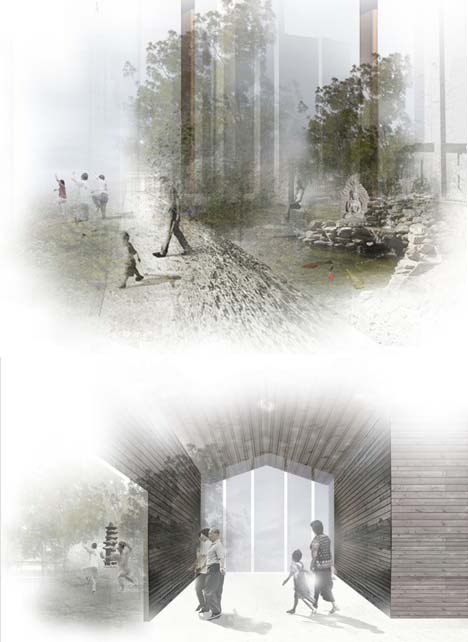 From the designers: “In the common buildings the design is a dam imposed by the architect to the mutating needs of the people and of the developing history of the city. This building wants to be an open matrix to be filled during time with the mutating expectations from a growing culture and society.This matrix will be the more expensive part of the building that of course is the structure, the only element very difficult to mutate during time.”