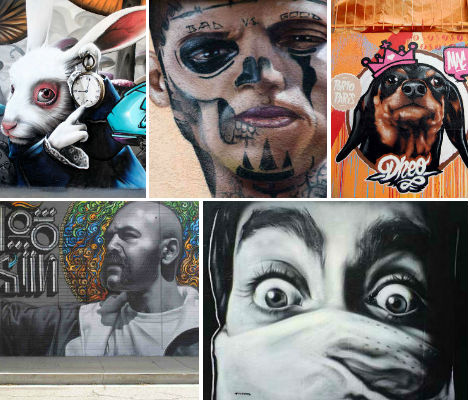 Recreating absolute realism in paint typically takes time, tiny brushes and a quiet, well-lit work space. Those are three things that street artists don’t usually have at their disposal – and yet some of them manage to create large-scale paintings that look like they could be photographs. These 37 works of photorealistic street art by artists like Smug One, CASE, Mesa and MTO blend realism with stylized elements for creative results you just can’t capture with a camera alone. 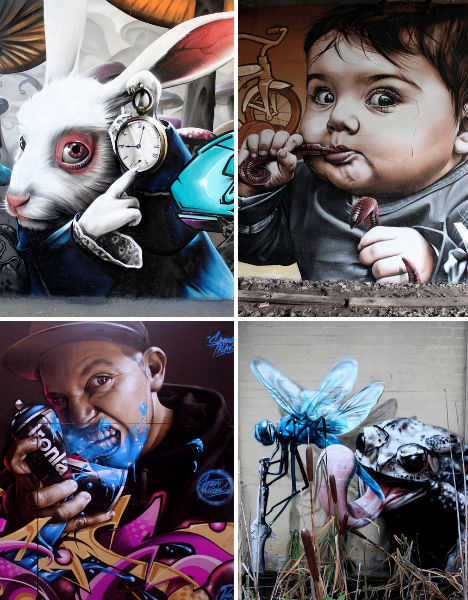 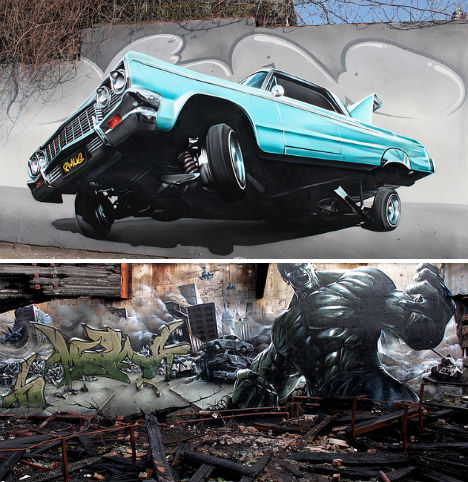 British street artist Smug One is known for his incredibly detailed, photographic murals, including characters that a few comic book and Star Wars fans will recognize. Of his creative evolution, the artist told London Street Art Design, “At first it was just flat colour with a bold outline, and then I’d start cutting back that outline and making it perfect – then blending my colours and moving up and up and up, continually challenging myself. Even to this day, I think that photo realism is the hardest thing for me technically – letters are tough too because I’m never completely happy with the outlines, but every single time I do photo realism, it’s seriously challenging but then, I do love that drive to keep pushing myself.” 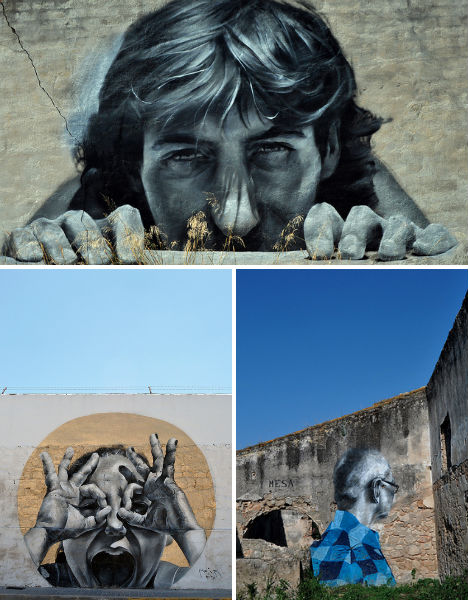 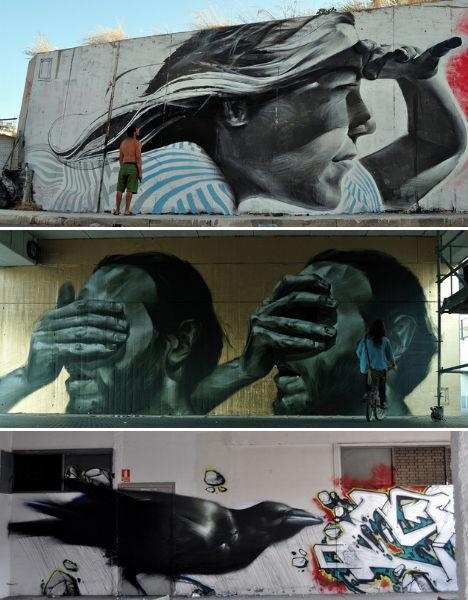 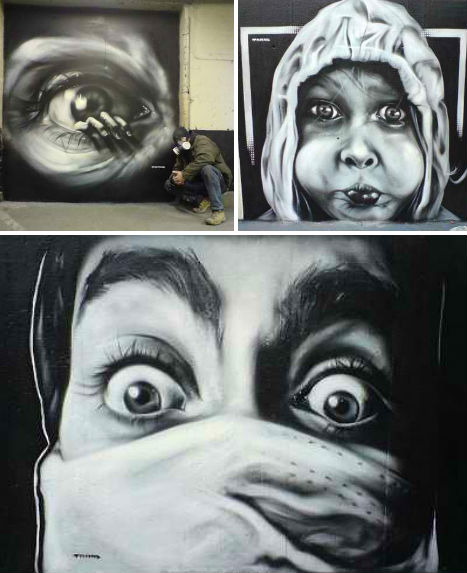 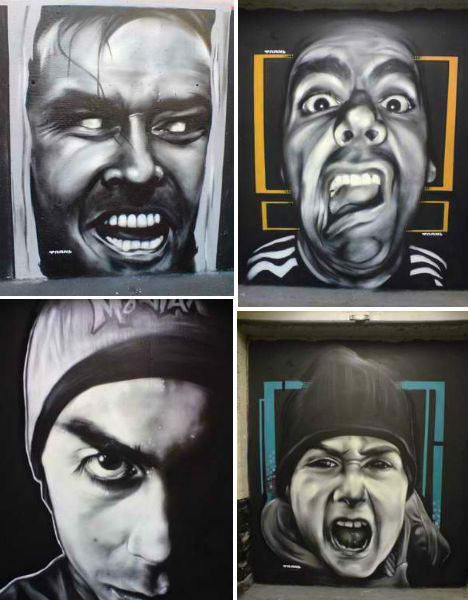 Some of artist Trans’ works are so incredibly photorealistic, it’s hard to believe that they were painted at all, let alone created with cans of spray paint. Trans’ talent really comes through in the eyes of his subjects, which are remarkably lifelike and nuanced. 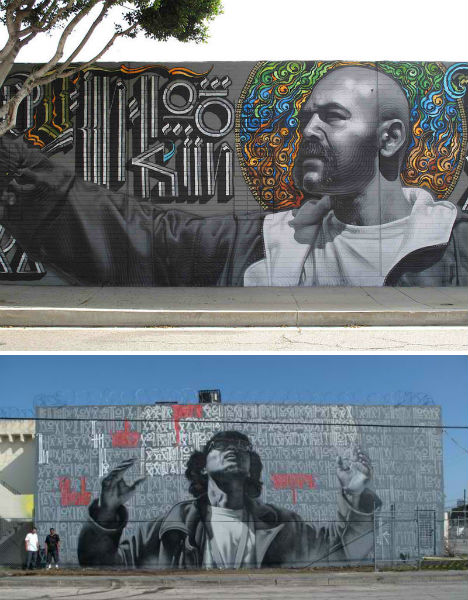 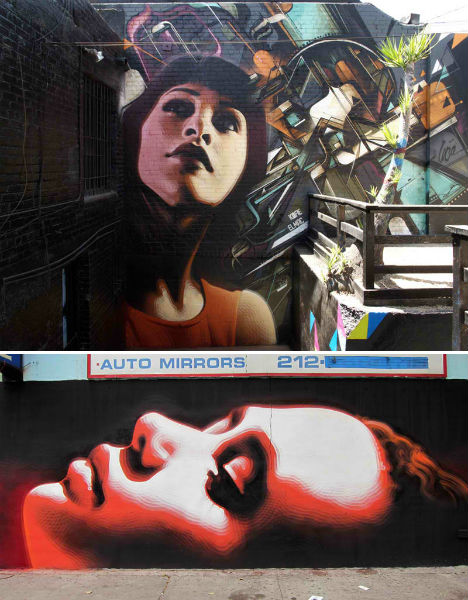 Miles ‘Mac’ MacGregor combined the classic European painting that inspired him at a young age with the contemporary influences of graffiti and photorealism into a signature style that has led to commissioned murals around the world. El Mac often works with fellow artist Retna, juxtaposing his own representational figures with the latter’s typography and graphic design. 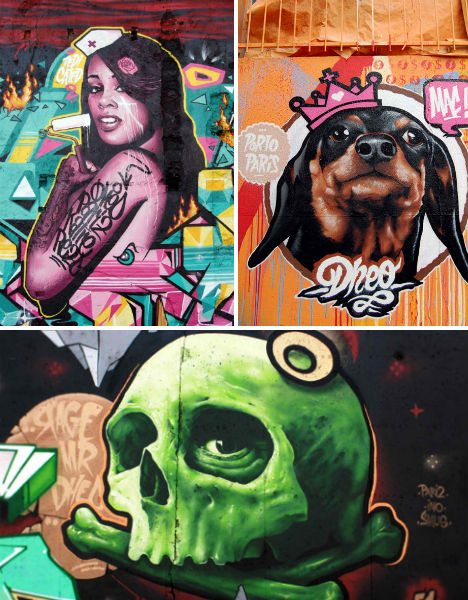 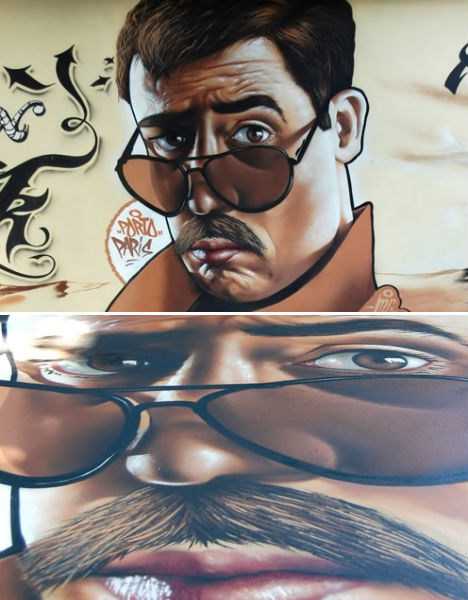 Bold, bright and graphic, Mr. Dheo’s works of art are impossible to pass on the street without giving them some notice. The Portuguese artist started painting after seeing some graffiti in a rap video. Opting not to get a formal art education, Dheo started experimenting on his own, gradually working up to photorealism. “For the last 7 years I’ve kept doing photorealism because it’s still something I find difficult,” he says. “I’ll move out of this phase when I feel it’s at the right level, in order to take the next step and do something new. I guess now I’m mixing everything I did previously into my art so I’m preparing new stuff and I hope I do well at it!” 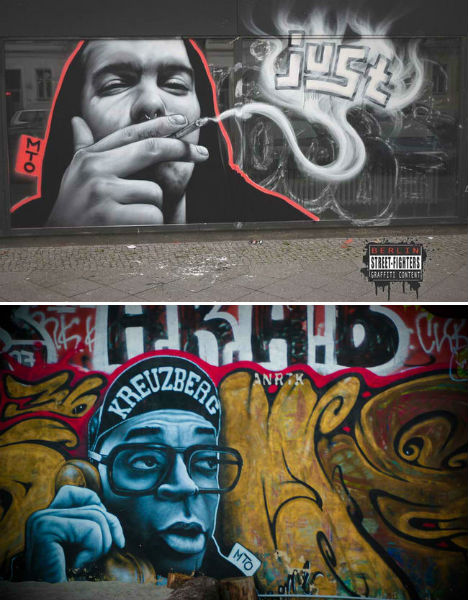 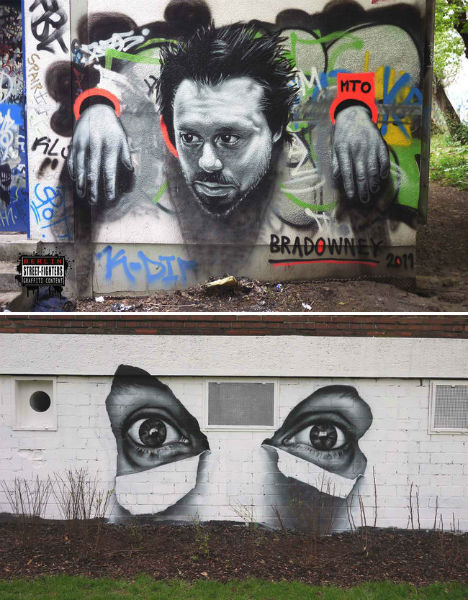 MTO of Berlin has made a name for himself painting large-scale portraits of pop culture icons, primarily in grayscale. He did a series of movie characters in Berlin, including Jack Nicholson as Jack Torrance in The Shining, as well as a series of musical icons like Jimi Hendrix and Ray Charles. 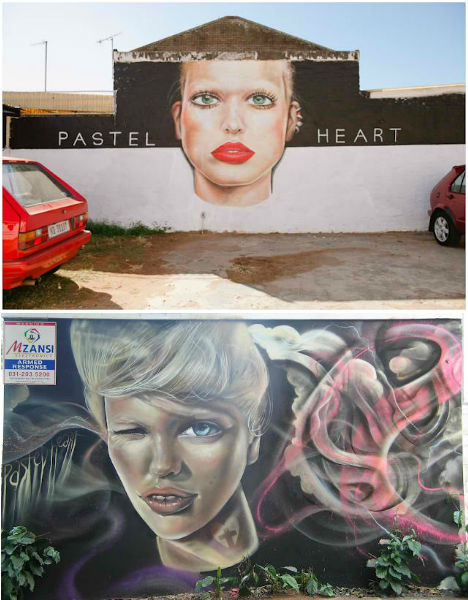 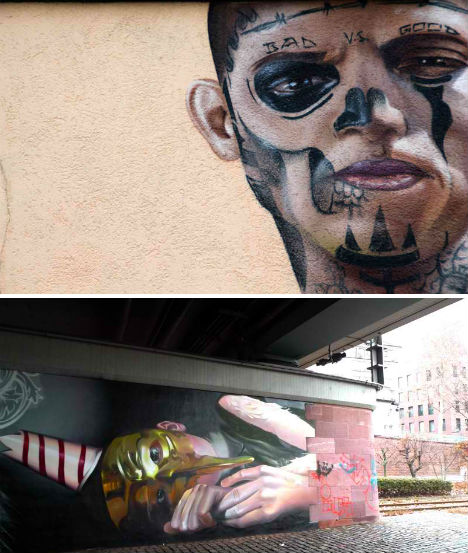 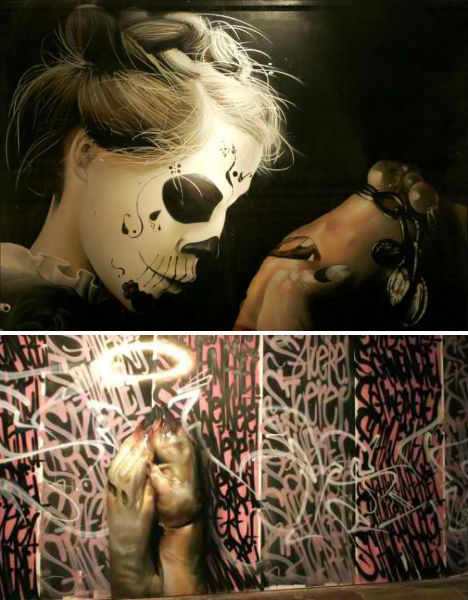 German artist Andreas von Chrzanowski – better known as CASE – creates beautiful spray-painted murals with all the complexity of oil paintings. In fact, CASE often works in oils, displaying his art in galleries in Germany, the United States and the UK. A founding member of graffiti crew Ma’Claim, which combines stylized elements with realism, CASE lives and works in Frankfurt.